[Editor’s note: ZombiePlatypus gets May’s Monthly Musing finally kicked off. For this “If you love it, change it”, ZombiePlatypus takes a look at the Rampage series. — CTZ]

I’ve always liked the Rampage series. Be it in the arcades or staying up all night with the NES version back in the day, Rampage has been an addiction of mine. I have a good time wrecking identical buildings over and over again for hours, so sue me. I bought the first two Midway Arcade Treasure collections pretty much just for the Rampage games. I still get a kick out of the mindless fun out of the older games.

The thing is the series hasn’t evolved at all. No matter how many sequels come out, it’s still pretty much the same game that it was a couple decades ago, just with more monsters. That being the case, I haven’t felt the need to buy any of the recent Rampages, not when the classics are readily available. I have some ideas that could fix that though. Hit the jump for my thoughts.

The first big change would be to get rid of the side-scrolling perspective, swapping it out for an open world. No longer should Rampage be confined to “levels”, but it would be a full 3D destructathon. Think of a game like Grand Theft Auto: San Andreas or Oblivion, with their wide-open maps.

Now since the main characters in Rampage have always been giant hulking monsters the sky-scrapers and buildings would be shrunk down to a proportionate height, that way you could make the world map literally the whole world. I’d have a stylized take of the entire planet be the monster’s playground. Walk in one direction long enough and you’ll be back where you started eventually. 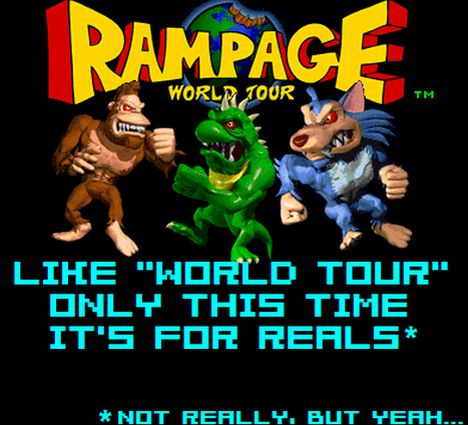 You’d have approximations of the major cities throughout the world, and a ton more smaller “filler” cities, towns, villages and landmarks spread throughout. The main objective would remain the same, destroy everything. S

pread throughout the planet would be various military installations and high-tech labs, each tailored to it’s specific country or region. They‘d need to be destroyed to advance towards the end. Each base/lab would have a unique monster locked up within and once the facility has taken enough damage, the beast would be set free. These would be the “boss fights”, and once you defeat the escaped monster they would be added to your stable of playable creatures. 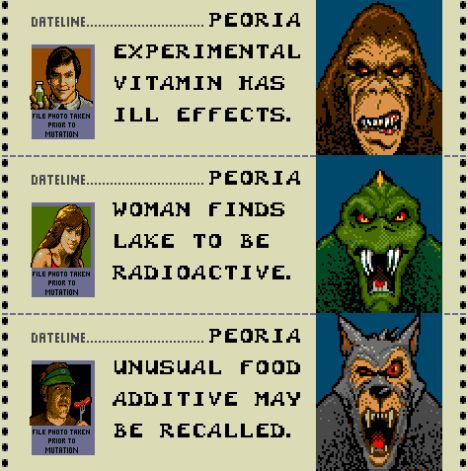 At the start of the game there’d be the classic trio of George, Lizzie and Ralph to choose from. Co-op would of course remain, as it’s integral to the Rampage experience. The entire game must be playable with a friend, even if you can just as easily go it alone. You’d be able to save your game at any time outside of a town/village/city’s limits, you’d also be able to swap out monsters whenever you want when outside of civilization.

Swimming would be added to the game to enable you to reach the other continents. The monsters should be relatively fast swimmers so crossing the oceans isn’t a chore, and attacks from naval fleets would happen at random to keep the player from getting bored while crossing the sea. 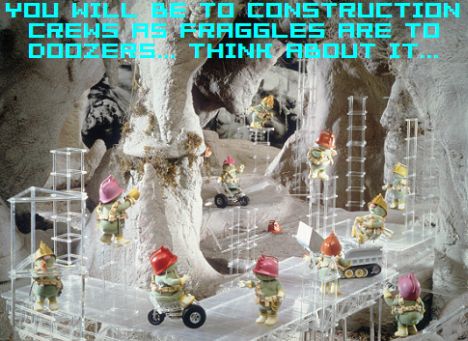 Once all of the bases/labs are destroyed and the game is “over” you can continue playing. As every Godzilla movie has taught us, people will just keep on rebuilding. You could torment cities in various stages of reconstruction, from scaffolds to completely rebuilt.

So there’s how I’d change a game series I love, by breathing some (a lot of) new life into Rampage. I think if done right it would feel like the classic game with a lot of added dimension. Probably like the bastard child of War of the Monsters (which was pretty much Rampage: The Brawler) and Crackdown. That‘d be fun, right?