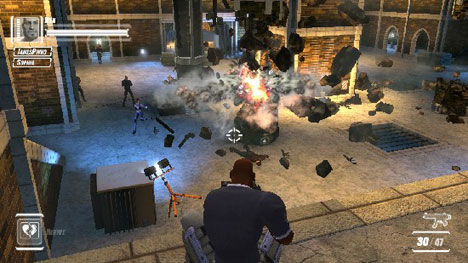 First thing this morning, we received word that GameFly was claiming the PlayStation 3 version of Sony Online Entertainment’s upcoming cross-platform MMO The Agency was canceled. It was a pretty straightforward email, with the listing for the game being shown as “The Agency (cancelled) [sic] for PlayStation 3.”

“The Agency is still in development for release on both the PlayStation 3 and PC platforms,” they told us.

So there you have it. Our initial thoughs were that perhaps the PS3 version of the game was going PlayStation Network download-only, but SOE cleared that up pretty quickly.

“The game sku has been reinstated to GameFly’s website,” the told us. “Feel free to add The Agency to your GameQ!”

So there you have it. We’re still all set to get our secret agent on, presumably some time in 2009.