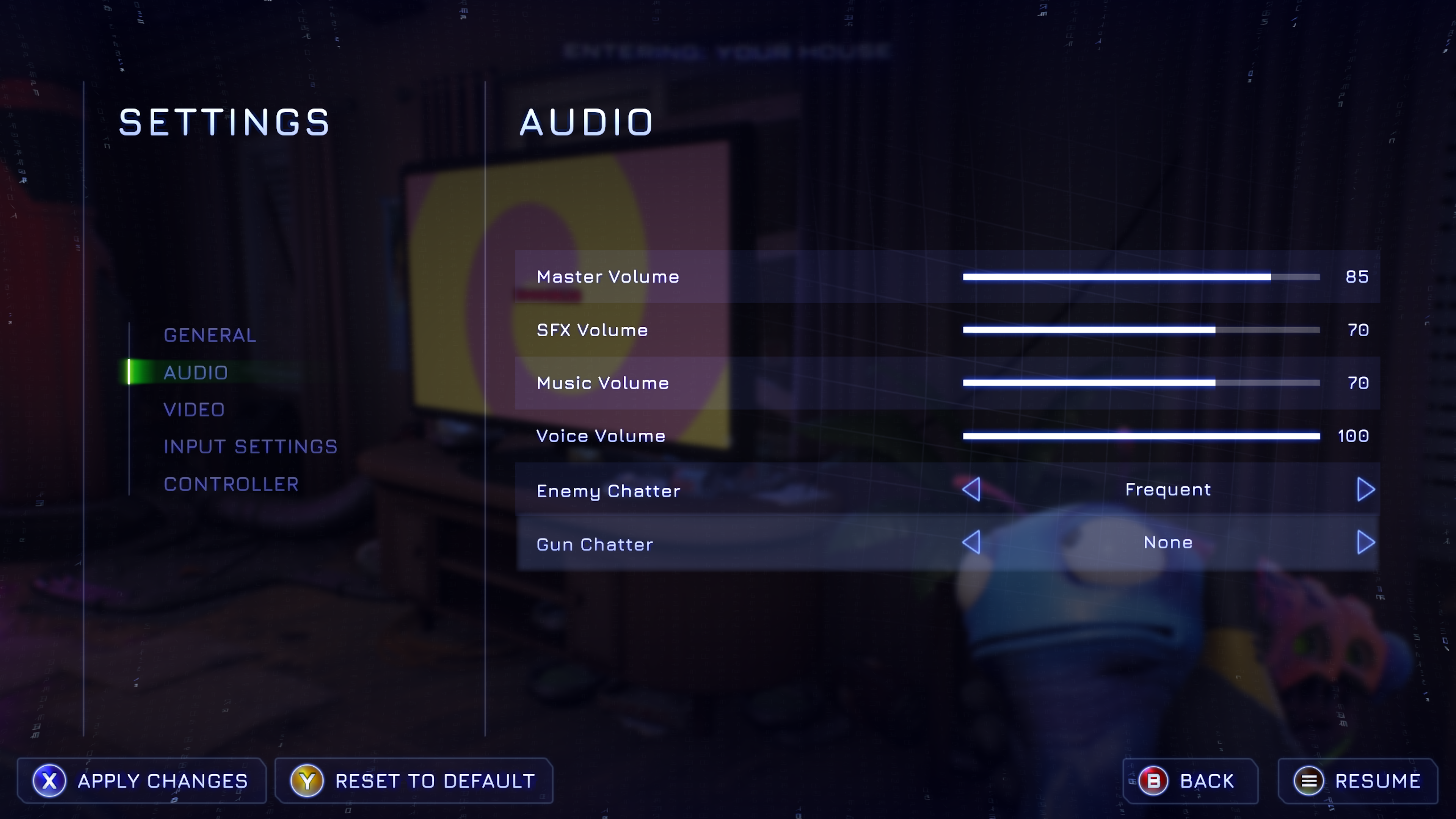 A lot of you are probably going to toggle this on

As I talked about extensively in our review, the humor in High on Life is definitely going to be polarizing. Justin Roiland’s sense of humor permeates through the game, including the classic “the joke is going on too long, and that’s the joke” premise. Note that there is an escape if you want it! At least partially.

Press pause, then go down to the “audio” setting. On this menu you can toggle the master volume, as well as the volumes of sound effects, music, and voice (which is another option if you’re sick of the voices). There’s also a full-on customization selection for enemy chatter, as well as gun chatter.

The options are: “none, occasional, and frequent.” You can also undo any of your choices at any time (just pause again), so if you’re getting annoyed you can turn it off, then turn it back on when you’re ready. There’s no option to individually mute separate guns.

On “frequent,” the guns talk a lot. At points, they’re talking nonstop, sometimes among each other. Most of the time I found it cute! But there’s also a point where part of the joke is that they won’t stop talking, and everyone has a different pain threshold.