In case you missed it, Microsoft dropped some huge news yesterday during their E3 conference in regards to Minecraft. Later this year they’re unifying their infrastructure under one roof using the “Bedrock Engine.”

That means Microsoft is actually teaming up with Nintendo to initiate cross-play and cross-buy (big) on the Xbox One and Switch, among other versions of the game like iOS (Apple) and Android (Google). It’s a massive collaboration and a very big deal for millions of Minecraft owners.

Well, all versions except those that are hosted by Sony, at their request. 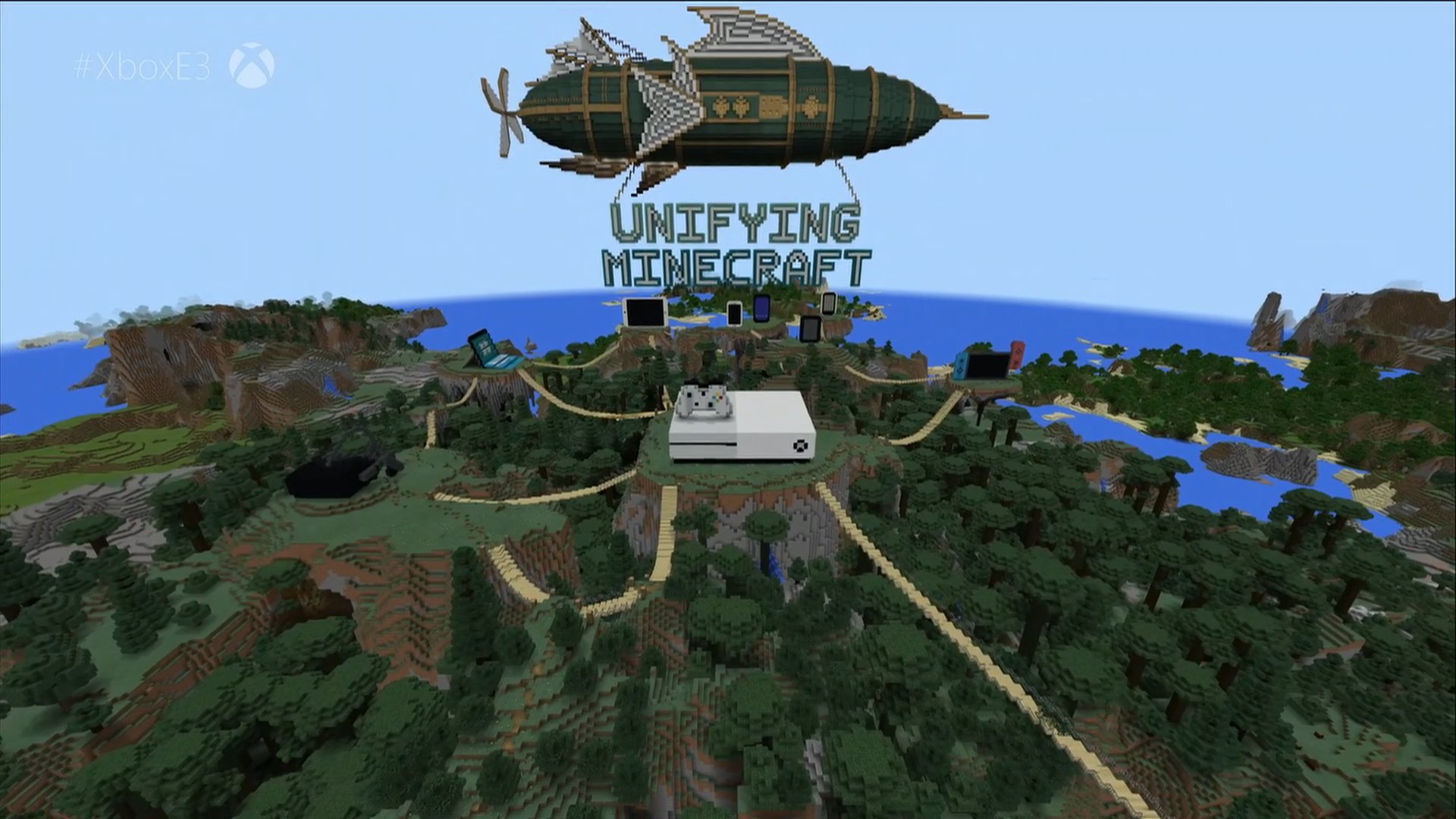 It feels like forever ago, but last March Microsoft threw in the towel when it came to operating as a walled console garden. The Xbox One had failed to garner a huge marketshare out of the gate due to their disastrous DRM-laden launch plans, and they never fully recovered. Rumors that Microsoft continued to be hard to work and had stringent contracts with didn’t help matters as indie devs flocked to the PS4, but sometime in 2016 Microsoft decided to fight back. The result, among many other bonuses like backward compatibility (ah, competition) — open cross-platform play.

With Rocket League as the inaugural game the Xbox One could potentially interface with any platform, so long as they give the go-ahead. Rocket League developer Psyonix was so excited that they even had the code ready to deploy to allow for Xbox One and PS4 cross-play, but that day never came. No, since then Sony has refused to publicly comment on the idea of allowing their competitors to gain any headway, including as recent as the Minecraft Bedrock project. Speaking to many developers in the past year (and I always ask this question if they have some concession for cross-play), there are a lot of frustrations directed at Sony — because the inability to cater to more cross-play platforms translate to lost sales.

Speaking to Microsoft directly last week, I found out that Sony had outright turned down their invitation to make this Minecraft reality happen, whereas Nintendo excitedly wanted to be a part of it. That sort of comradery makes sense as MS and Nintendo are the underdogs of this generation, but whatever happened to Sony’s “for the players” marketing tagline? This feels like just as much of a slap in the face as when a Sony executive mocked us for “wanting to play old games.” No, we’re expected to shell out $10-$20 for touched-up games we already own.

This isn’t just about Minecraft, it’s about having every console finally feel unified for the first time in gaming history. It’s about friends who pick up one version of the game and can’t play with friends who own a different console. Remember that feeling when the online console era started to pick up, when you and your buddy would tell each other you bought a different version — it sucks just as much today as it does now. The thing is, the entire gaming sphere would be better if Sony joined in. Player counts would go up, and queue times would go down. Matchmaking would vastly improve with a larger player pool (especially with Sony’s 60 million PS4s). Developers could pitch any version to consumers and reap more profits to stay in the industry.

But they won’t do it. At least for now, because Sony is on top and they have no reason to lend a hand. The only hope I see (beyond pressure from us) is Nintendo. If they sell enough Switches to challenge Sony, they could be the ones to make history. For now, we’re at the whim of a market leader who’s trying to be wooed by a publisher that doesn’t even share hardware sales. If there was a time for Sony to break, it would be over missing out on one of the biggest games on the planet.