And I will be disowned by all

Super Metroid is my favorite game. I’ve always loved the series, and though Other M tried its hardest to tarnish that, my passion remains strong. So when Retro Studios tweets something, and it doesn’t even sound Metroid-related, I foolishly start hoping for a new sequel. Prime 4? Dread? Something else entirely? Doesn’t matter. I’m there.

Which is why I’m making this stupid promise. If a new Metroid is announced at this E3, I’ll have one of the staff members shave my head to look like this: 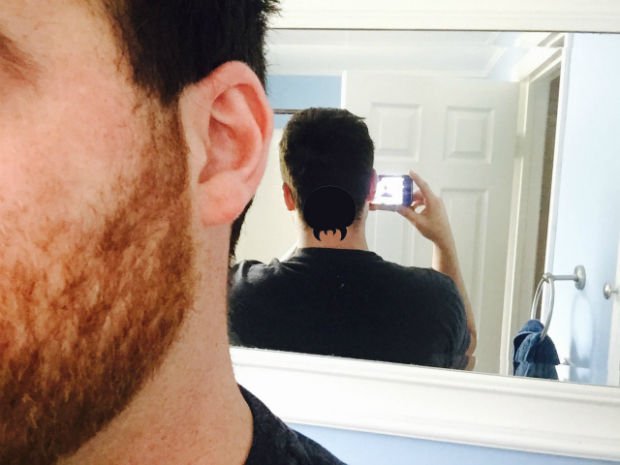 Brett keeps offering to do it, but I think I’d rather have Steven, broken finger and all, touch my soft, thick hair. We’ll even record it. I could’ve gotten a tattoo, but that’s not humiliating enough. Retro Studios, Platinum Games…SOMEBODY. PLEASE.