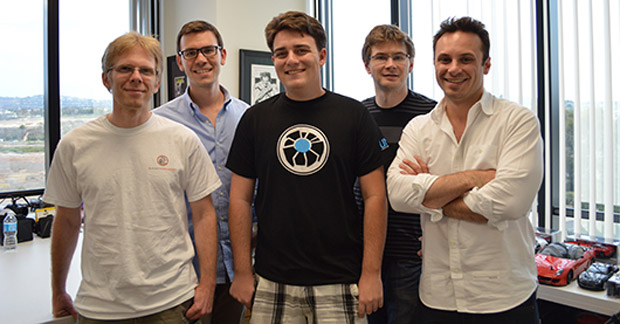 And he’ll somehow still have time to contribute at id

When you think of id Software, you think of studio co-founder John Carmack. It’s wild to imagine the company without him and, for a brief moment this morning when the news came in that he’d joined Oculus VR to work on the virtual-reality Oculus Rift headset “full time,” I didn’t know what to think. Yes, the renowned programmer of games like Doom and Quake has taken a position as chief technology officer, it’s true — but he’s not leaving id behind.

Carmack’s take on the situation is that his “time division is now Oculus over Id over Armadillo [Aerospace],” while id Software says he isn’t leaving the studio and “will continue to provide leadership for our games in development.” In a press release, Carmack noted that “The dream of VR has been simmering in the background for decades, but now, the people and technologies are finally aligning to allow it to reach the potential we imagined.”

Over on the Kickstarter page for the Oculus Rift, he also wrote a message to the community which reads: “Now is a special time. I believe that VR will have a huge impact in the coming years, but everyone working today is a pioneer. The paradigms that everyone will take for granted in the future are being figured out today; probably by people reading this message. It’s certainly not there yet. There is a lot more work to do, and there are problems we don’t even know about that will need to be solved, but I am eager to work on them. It’s going to be awesome!”

Considering how vocal he’s been about virtual reality and how his support of the Rift in its early days gave the headset that extra push it needed, it makes sense that Carmack would take on this additional role. Even with all of the unknowns, it’s hard not to feel a bit more confident about the future of virtual reality with him on board.