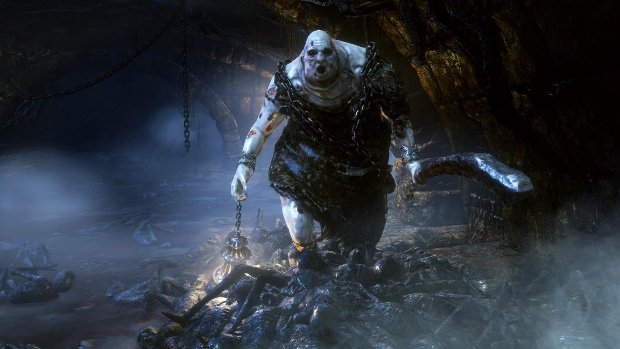 Simon Parkin got a rare interview with From Software president, Demon’s Souls and Bloodborne creator Hidetaka Miyazaki and it is fascinating stuff, charting Miyazaki’s dramatic career change at age 29 (and equally dramatic 80% pay cut). After listlessly falling into a job at IT company Oracle — “Unlike most kids in Japan, I didn’t have a dream. I wasn’t ambitious” — Ico (the somewhat overshadowed predecessor to Shadow of the Colossus), “awoke [him] to the possibilities of the medium.”

Too old for graduate school and too inexperienced for most developers, he landed at From in 2004. After working on Armored Core, he heard about Demon’s Souls, a floundering project. “I figured if I could find a way to take control of the game, I could turn it into anything I wanted,” Miyazaki said. “Best of all, if my ideas failed, nobody would care – it was already a failure.” He “changed pretty much everything about it.” Demon’s Souls ended up a success and Dark Souls more succesful still.

“In Japan, even today, people usually join a company as a graduate and stay for life,” Ema Kodaka, Miyazaki’s script editor explained. “For Miyazaki to change career and, within 10 years, become company president — that’s unprecedented in Japan. It’s inspiring.”

How does he do it? Well, seems like a mix of still being completely hands-on, despite his president status, and using experiences that status has brought him for inspiration. “I get to meet a lot of other company presidents. They’re such weird people. I’m fascinated by them,” Miyazaki said. “I use some of them as enemy characters in our games.”

Bloodborne creator Hidetaka Miyazaki: ‘I didn’t have a dream. I wasn’t ambitious’ [The Guardian]