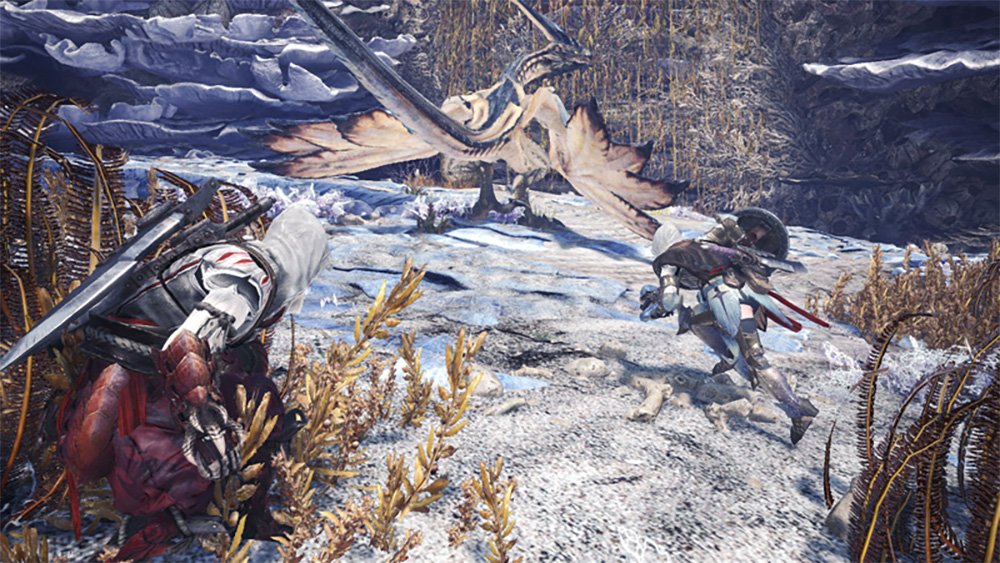 There are so many dates to keep track of in Monster Hunter World: Iceborne right now, but here’s one more to remember. Capcom and Ubisoft are releasing a new event quest called “The Assassin” on April 10, 2020. As that name surely implies, it’s another Monster Hunter x Assassin’s Creed crossover.

You might’ve already picked up the Assassin’s Hood mantle with the “SDF: Silent, Deadly, and Fierce” High Rank event quest in the base game. Good on you! I missed it. The mantle lets you move faster, and better yet, it has a filthy critical sneak-attack capability that lets you put out ridiculous damage.

What’s different with this Iceborne quest coming in April? Basically, it’s a chance to upgrade the Assassin’s Hood mantle and make it worthwhile for Master Rank. It’s a big ask to get players to swap out their mantle of choice, but I imagine some players have a soft spot for the Assassin’s Hood.

I’m thrilled with the support this expansion has gotten so far. It’s a feel-good story.