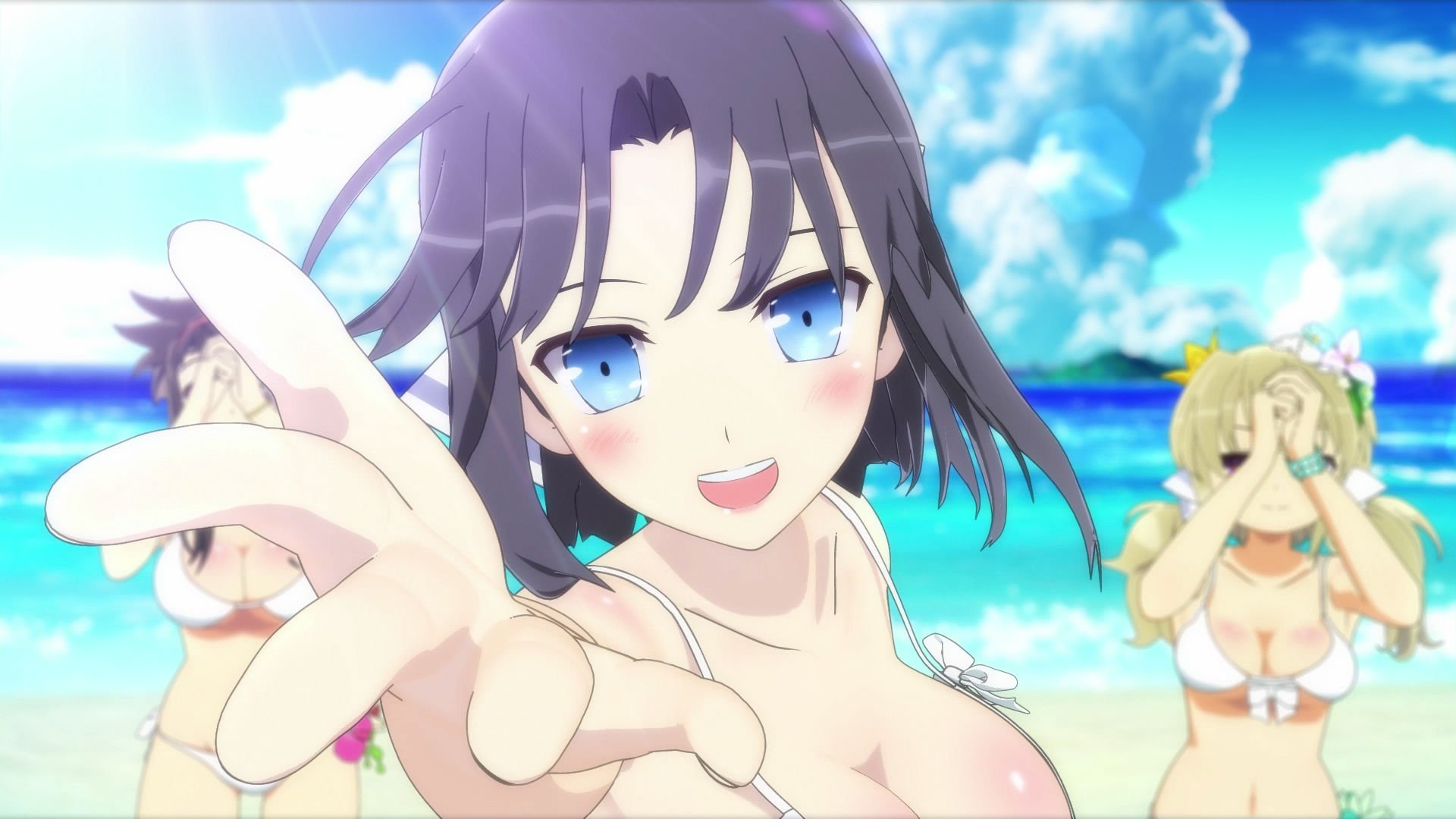 ‘Is this that boob water game?’

I’ve got to be honest with you all here. I may have extensive experience with the Senran Kagura series since I’m addicted to Dynasty Warriors-like hack and slash games, but I’ve never fully gelled with its, uh, packaging. I’ve got a preferred pick here and there (I’m not immune to anime), but once I found out Marvelous was steering further into the fan service skid with its boob water shooter Senran Kagura: Peach Beach Splash I worried I’d never be able to play it without feeling super embarrassed about it.

After getting some hands-on time with these soaking wet anime girls at E3 while a very, very enthusiastic fan of the series watched on and offered commentary, I figured out that while Peach Beach Splash is competent enough to keep me entertained for an afternoon, it offers enough material to keep that guy going for the rest of his life. 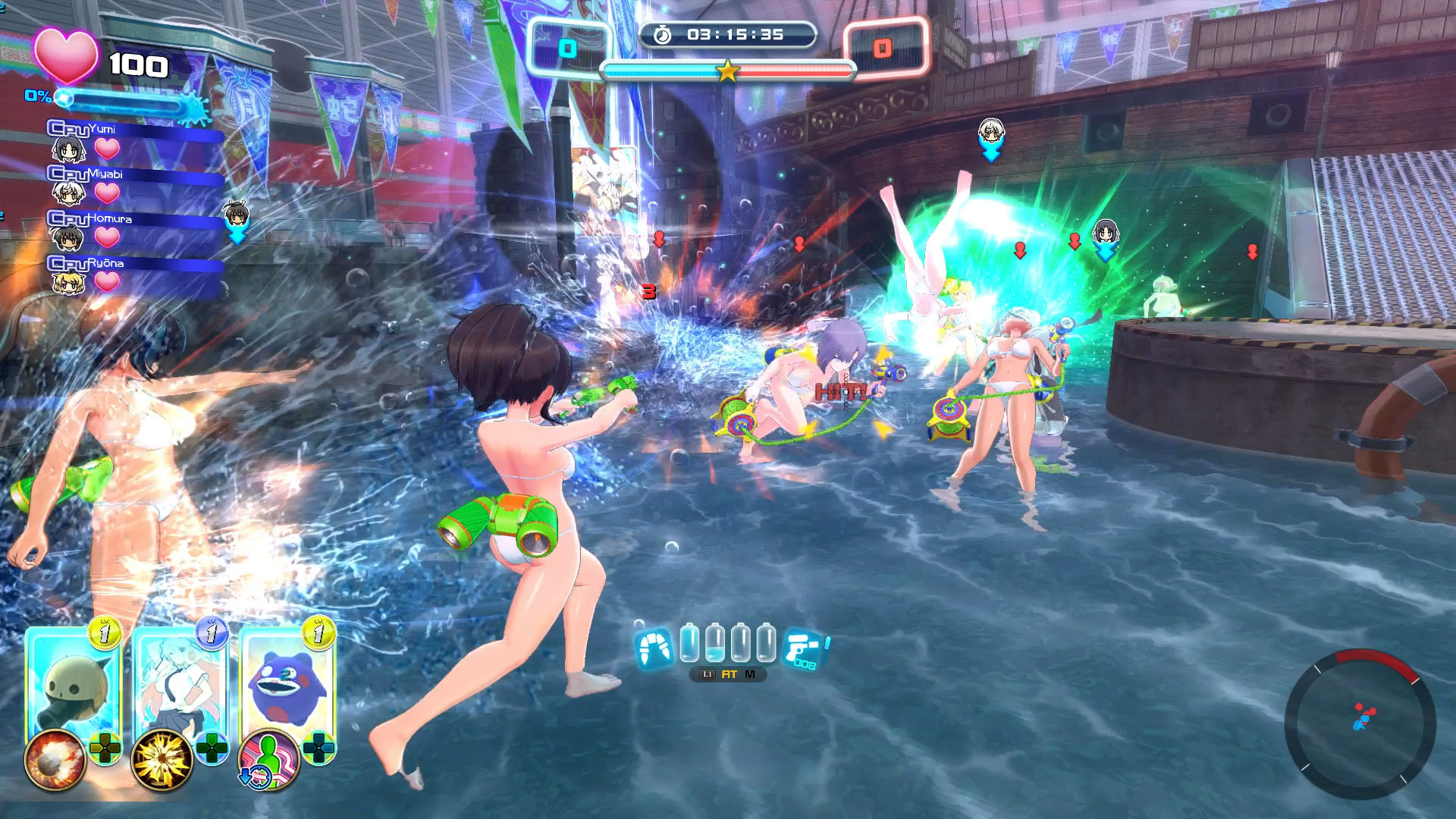 Taking place during an unseasonably warm winter (hence the bathing suits), the Senran Kagura ninja girls decide to pass the time by shooting each other with water guns. The “third-person splasher” offers both a lengthy single-player story (featuring the one v. many gameplay akin to the rest of the series), a multiplayer arena (with two teams of five going at it), and a tournament-styled mode for single players to mess around with as well. The bulk of my demo time was spent with the multiplayer mode, but as I started playing through the story I heard a voice pop in behind me:

“Can you change their outfits?”

It wasn’t a question I had thought to ask, but this blue-haired Goku had a point. The Senran Kagura series does feature an unhealthy amount of outfit customization, and Peach Beach Splash is no different. But then his questions became a little less…wholesome:

“Can you play without the bathing suits?”

The XSEED rep and I glanced at each other as the rep hesitated to answer.

“What…what do you mean?”

Goku responded, “Is there a way to strip them completely?”

Almost serendipitously, I activated a special mechanic, the Kunekune Finish. 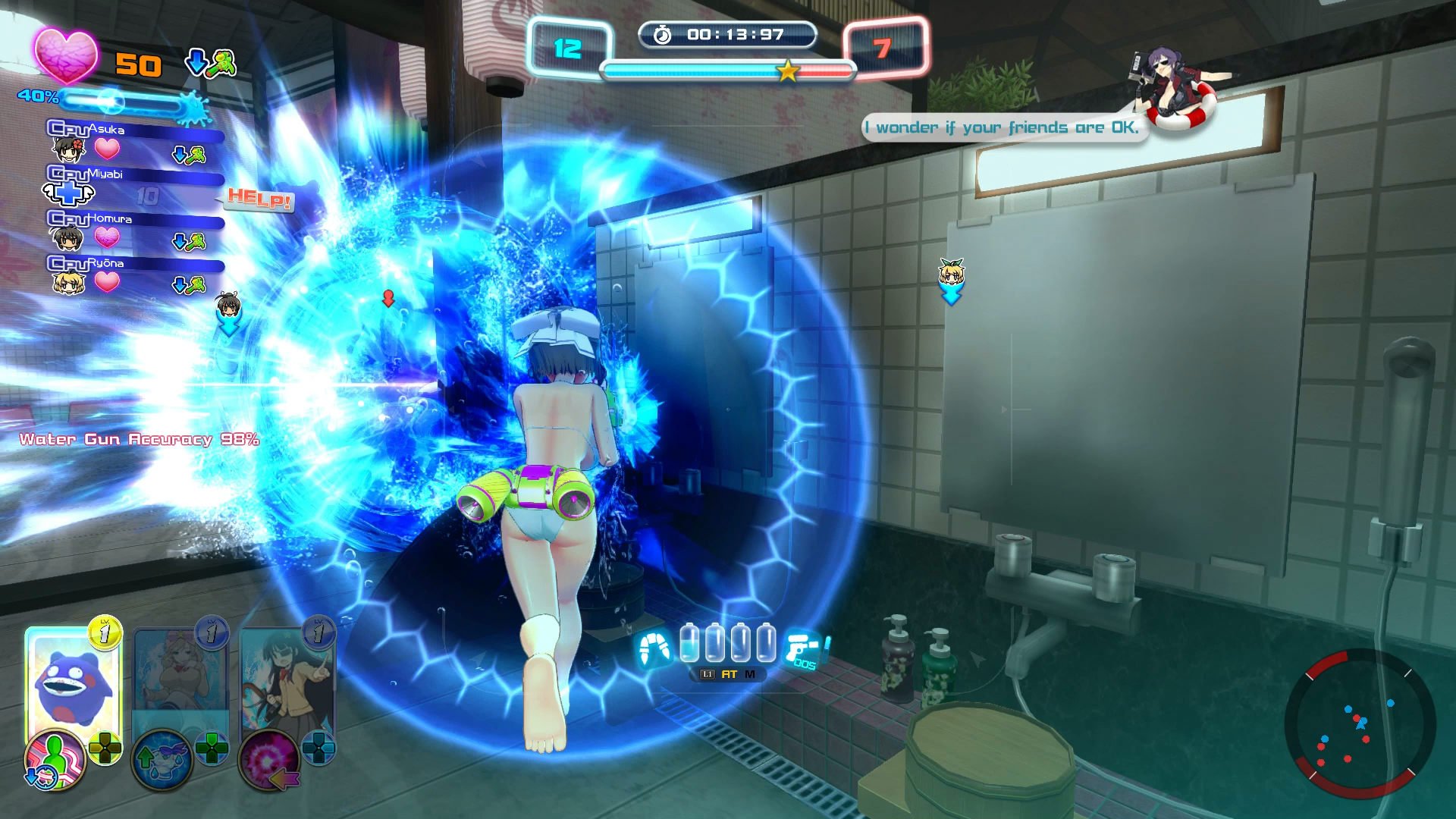 Each match you can choose three attribute boost cards to go into battle with you. In order to recharge them, you can activate the Kunekune Finish. When a girl is knocked down by a particularly rough water bullet or melee attack, you can rush them down with Kunekune, a rubber duck. Then a minigame changes the POV of the attack and thus allows players to squeeze this rubber duck anywhere on the girl they’d like while she moans. Successful wash-downs can result in stripping them of their clothes or having the girls pose in a defeated position while tears fill their eyes. So it’s basically par the course for this series. Regardless of how much I squirmed, it certainly got Goku’s attention:

“Oh wow!Wowowowowowwwww. Can you shoot Homura next? I want to see what she looks like up close!”

Aside from some mechanics that will certainly please the Gokus more than others, the gameplay itself is much tighter than I expected going in. Thanks to an auto-lock feature, pretty high jumps, and water guns actually feeling different (my favorite was “Hose,” haha), movement is well-executed and will most likely be easy for anyone to jump into. I’m not particularly great at these types of games, yet I was earning S ranks throughout. For fans of the series, especially this blue-haired Goku, it’ll be quite easy to get into this new genre of play without feeling lost. 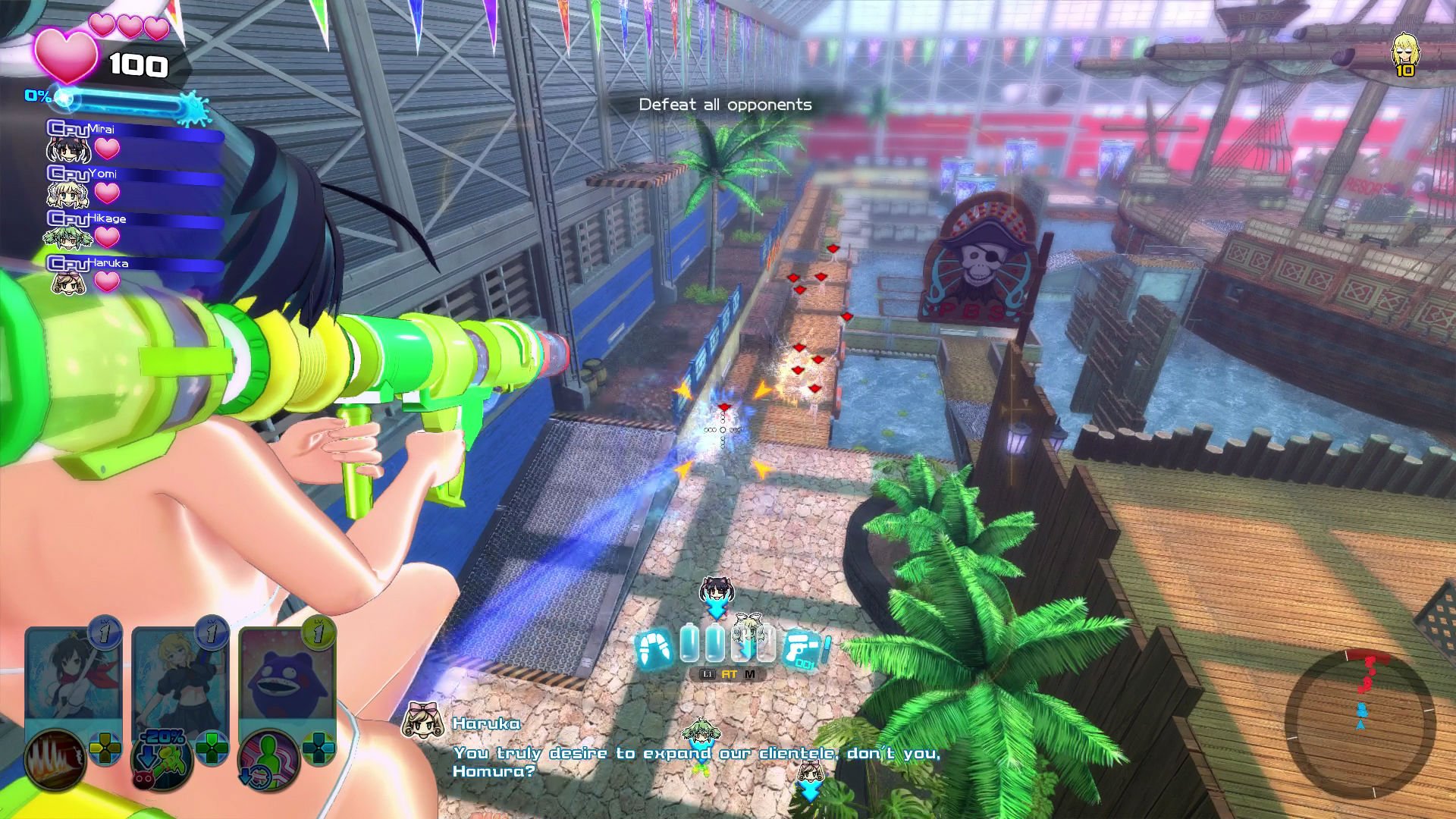 With over 30 girls to choose from, ten weapons to master, costumes, and 800 attribute cards to unlock, there’s going to be a ton of content for those who wish to dig in. I’m not sure if this shooting gameplay is going to be as much of a single-player draw as the rest of the series’ brawler titles, but Peach Beach Splash seems to offer other, uh, incentives that you won’t find in the other games.

As for the blue-haired Goku, it turned out he had a YouTube channel. When it was his turn to play the game, he asked the person behind him to record him playing the demo. This sadly left more an impression on me than anything else I had seen during the busy E3 week: