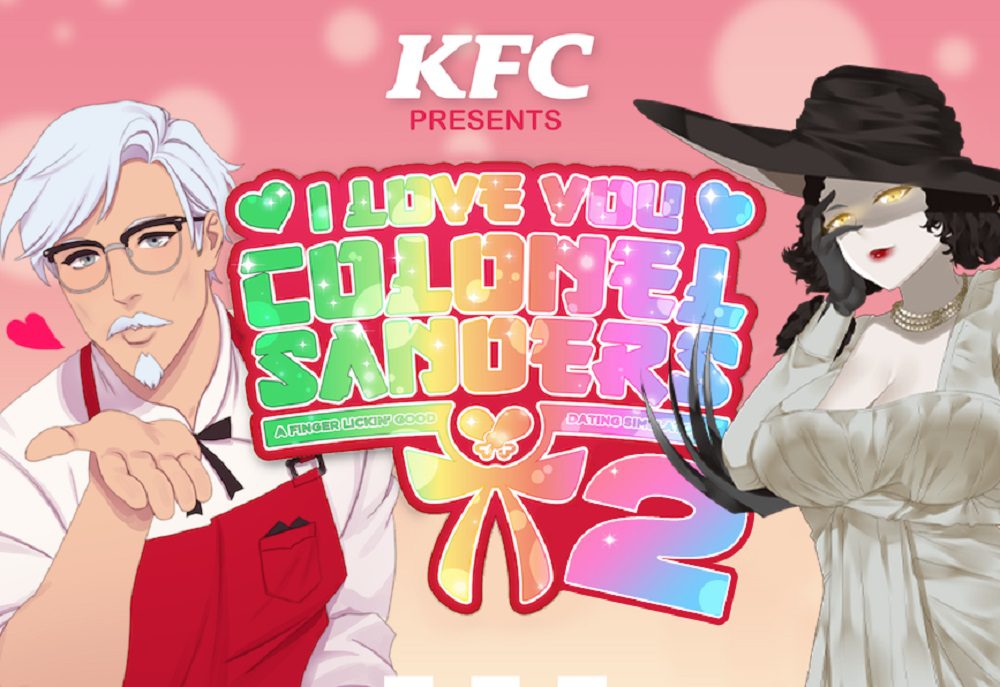 Y’all are straight-up thirsty. The recent craze over Lady Dimitrescu from Resident Evil Village has really exposed a lot of folks for their giant vampire lady fetish, showing that yes, gamers can and will get turned on by anything.

Well, this is what it’s like when worlds collide. My fetish, stupid fast food-based video games, is meeting yours with KFC Dating Simulator 2.

A tall order to say the least… pic.twitter.com/RLie5R4hTO

Little is known of this sequel to 2019’s premiere fast-food chain dating game, but judging from the tweet above, KFC is really trying to capitalize on the giant vamp zeitgeist. It’s likely just a one-off Twitter joke, but joke games have become real games before. Ask anyone who enjoyed Cat Girl without Salad: Amuse-Bouche. I’m personally hoping that they manage to fit the Colonel into the Resident Evil canon:

Then a giant boulder appears, and well, you know the rest.

Whether this is just for a laugh or something a bit more real, let’s just hope if it actually gets made, it releases on both Steam and the KFConsole.

Filed under... #Dating sim#Food#KFC#KFC Dating Simulator 2#PC#Simulation#What the hell was that?