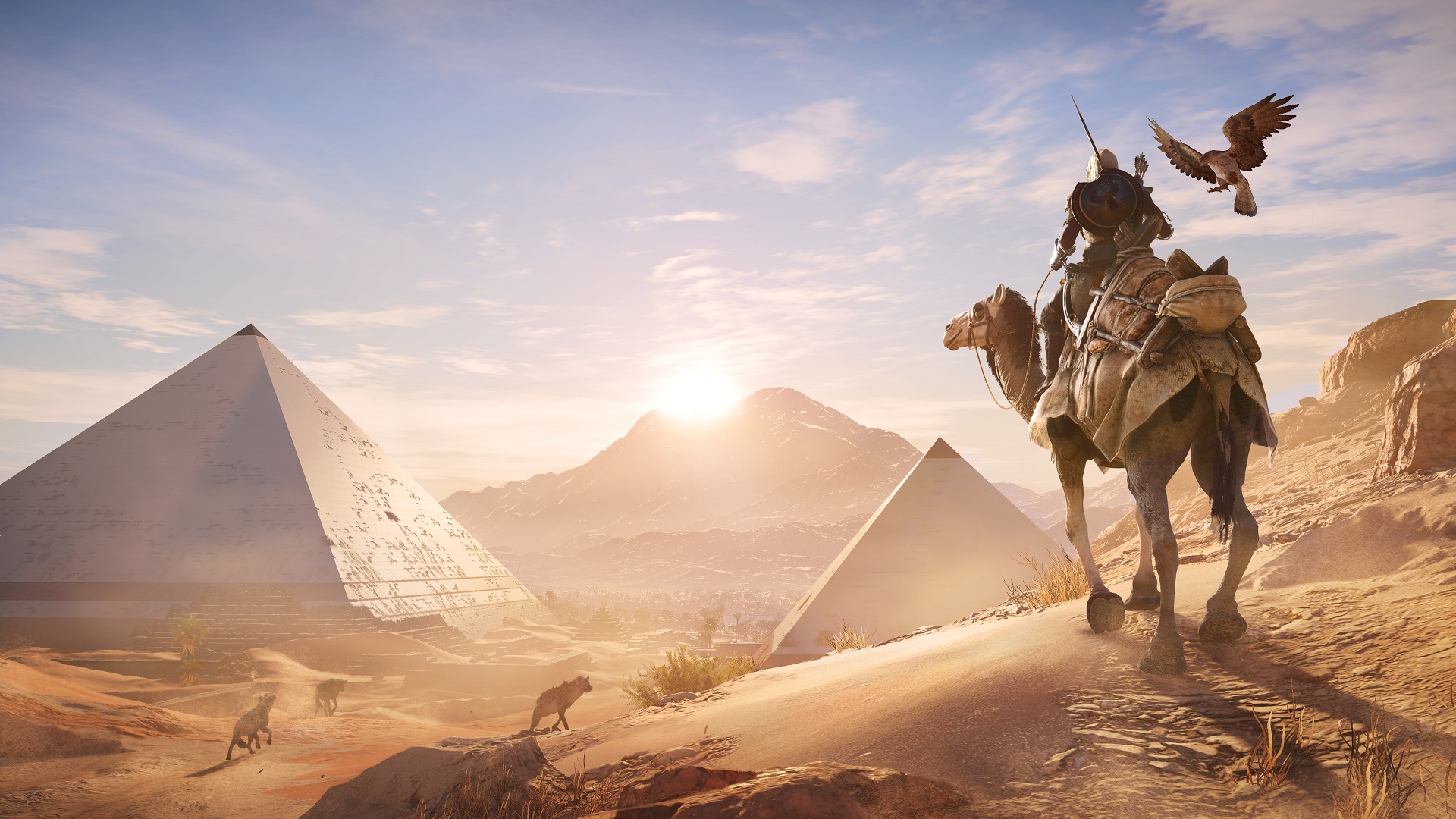 And he kicked my ass

A year in hiding seems to have done wonders for Assassin’s Creed. Ubisoft stepping away from its flagship franchise was unexpected, but that time away has Assassin’s Creed: Origins feeling like a game that’s familiar but still different enough to have my attention. It has been a while since Assassin’s Creed struck that same balance with a new installment.

It seem as if, at least partially, Ubisoft borrowed from elsewhere to improve Assassin’s Creed: Origins. Advance scouting is possible by sending a pet hawk into flight, a mechanic that’s reminiscent of Far Cry Primal. There’s a sprawling abilities tree, making this more role-playing game than any previous entry. 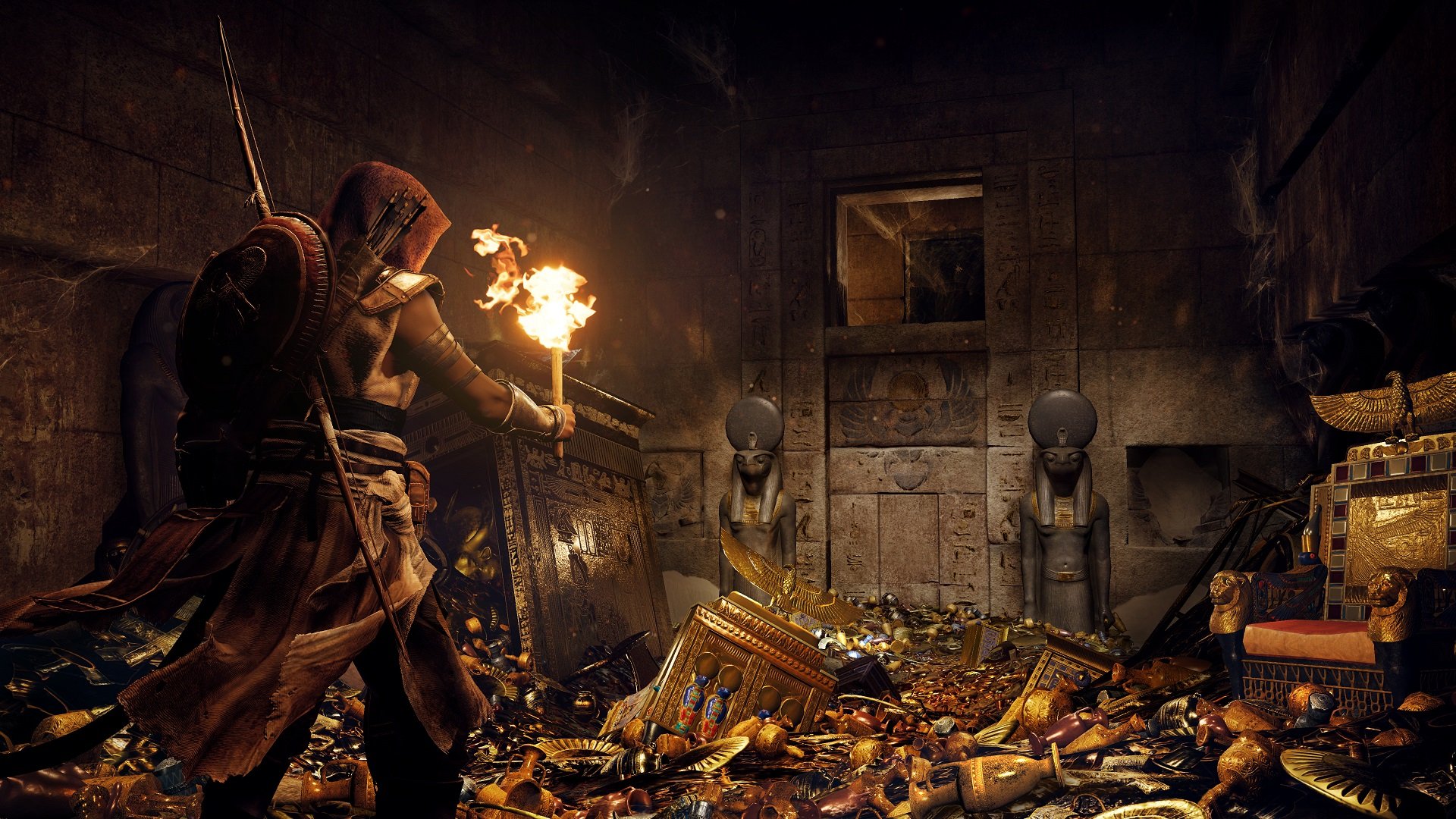 But, by far the most substantial change is to the combat. As much as I loathe the comparison, this is more Dark Souls than anything else. Fighting is based on a light attack/heavy attack/dodge system that so many games have aped in recent years. Seemingly gone is the ever-reliable strategy of endless waiting until it’s time to counter with a button press.

In true bad assassin fashion, I fucked it all up in a hilarious way. The first guard I tried to assassinate was lined up for a stealthy, clean kill. Instead, I dodged to my left and ended up nudging him from behind. Within seconds, it was a three-on-one. Nevertheless, I persisted by setting everyone ablaze with a quick arrow to a nearby fire jug — the explosive barrels of the ancient Egyptians.

The combat was better extrapolated upon in a gladiator arena, a setting that we’re told will be featured in some missions (it’s unclear if it’ll also be a standalone mode). For a few waves, I fought increasingly large warriors. Taller, bulkier, more shielded — that sort of thing. After whizzing through them, I squared off against the most intimidating Assassin’s Creed opponent I had ever seen. 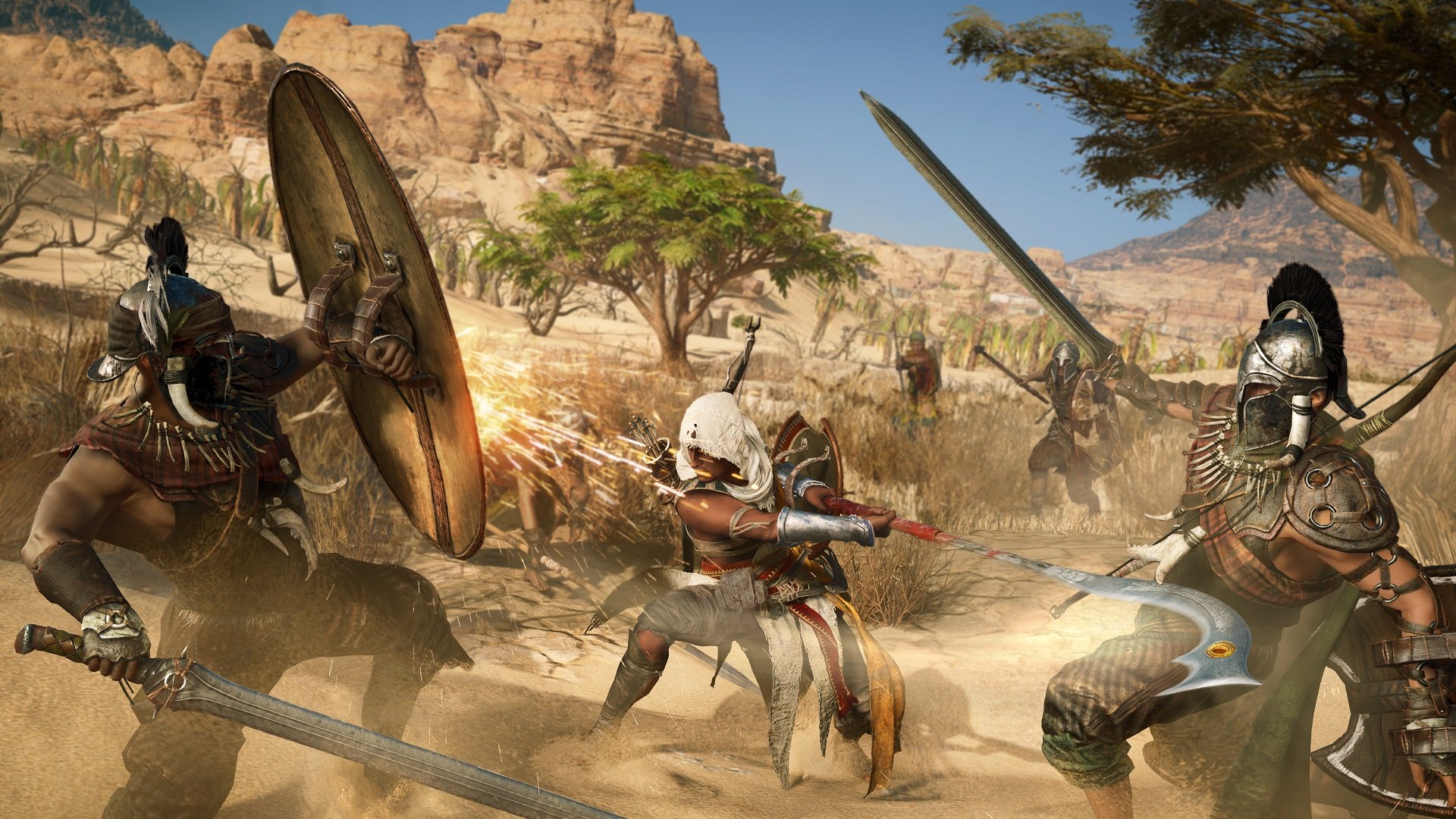 One-on-one, mano a mano, I was tasked with taking down a Dark Souls-like boss called “Slaver” who only loses slivers of health at any given time. I quickly learned that rushing in is a fool’s errand. I ended up relying on the dodge button to act like a circle strafe. Sidestep his moves until I could get around him and unleash two light attacks and one heavy. Lather, rinse, repeat. Always repeat.

It wasn’t necessarily that formulaic, though. I never quite picked up on his patterns and sometimes I’d go on the offensive while he still had another strike in him. Get knocked on my ass and try to get back up before he finished me off. When things got especially bleak, I’d hide behind a spike trap and hope like hell that he accidentally brushed up against it. When things looked especially bright, I’d have built up my power meter to let loose a special attack. Those were the few times when I did more than just a sliver of damage.

It was all for naught. He defeated me two consecutive times and then my time with the demo was up. That’s not an easy L to take. Art director Raphael LaCoste reassured me that this battle was very tough. Somehow, that just made me more frustrated that I failed.

As someone who has played every single Assassin’s Creed to 100 percent completion, it’s a jarring experience to have legitimate troubles with something. The final chase sequence of Assassin’s Creed III aside, nothing the series has thrown at me has ever taken too many tries to best. The gameplay’s just not particularly tough.

Assassin’s Creed: Origins looks like it might change that. There’s finally a nuance to combat that transforms it into more than just a mindless counter-fest. That combined with the role-playing systems makes this year’s Assassin’s Creed a real contender to finally be something that’s kind of significantly different. If so, it took going back to the very beginning to find it.