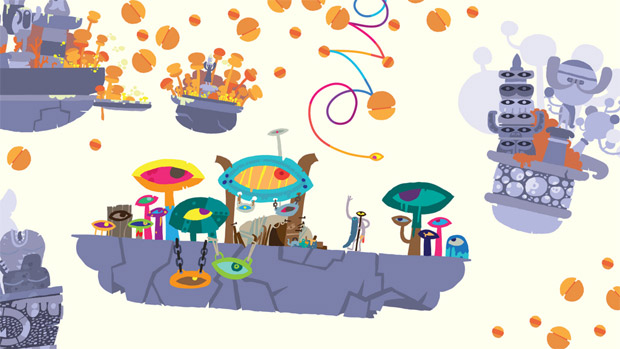 It’s only a matter of time

Some of the most fun I’ve had at E3 has been playing ports of beloved independent games on PlayStation Vita, a system I do not own but will end up getting sooner than later if this keeps up. Among the titles were Limbo, Hotline Miami, Lone Survivor, Aban Hawkins & the 1,001 Spikes, Luftrausers, all of which I would happily pay for again to get a portable version.

Hohokum was the real highlight of the show for Vita — think of a zen-like, beautiful, lovely-to-listen-to Snake in which you fly around solving abstract puzzles at a leisure pace — but more on that later. If you happen to be at E3, seek this out in the Sony booth. Otherwise, ready your wallet for 2014.

And then there was Spelunky. Oh, it was a dream come true. Only a few deathmatch levels and the mines were playable, but that was enough to convince me that this is a solid port. It also confirmed to me that Spelunky is probably best played on a handheld system. When does this come out again? I’m going to need a couple hundred dollars.