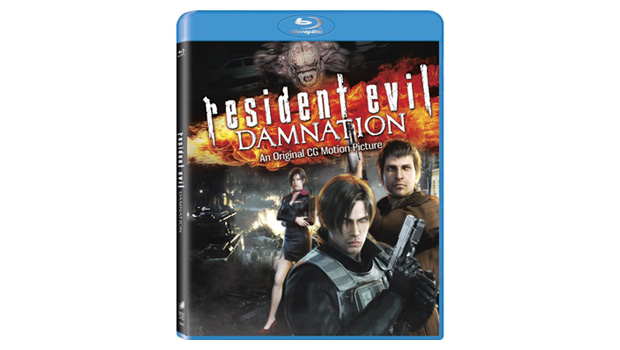 I will admit to finding a certain guilty pleasure in the Paul W. S. Anderson Resident Evil films, but not so much that I can’t wait until the home video release to watch them. Still, it completely slipped my mind that Resident Evil: Retribution came out just the other week. And if a major theatrical Resi Evil release could fly under my radar, how low must Resident Evil: Damnation have been cruising?

About two years ago, Capcom and Sony Pictures announced a new Resi Evil CG film slated to be released in 2012. A sequel to 2008’s Resident Evil: Degeneration, Damnation would further follow the exploits of Leon Kennedy as he returns to Europe for more monster-loving shenanigans.

I just so happened to trip across the Blu-ray’s Amazon page last evening, where the movie is currently priced at $18.99 (DVD version is $14.96). It was apparently released on September 25 in physical format and on September 15 via Xbox Live, PSN, and Zune. Who knew?

Honestly, Degeneration wasn’t all that bad. It was definitely a step up from the entire Anderson series combined. I wouldn’t mind catching Damnation one of these days. Maybe it’ll pop up on Netflix.