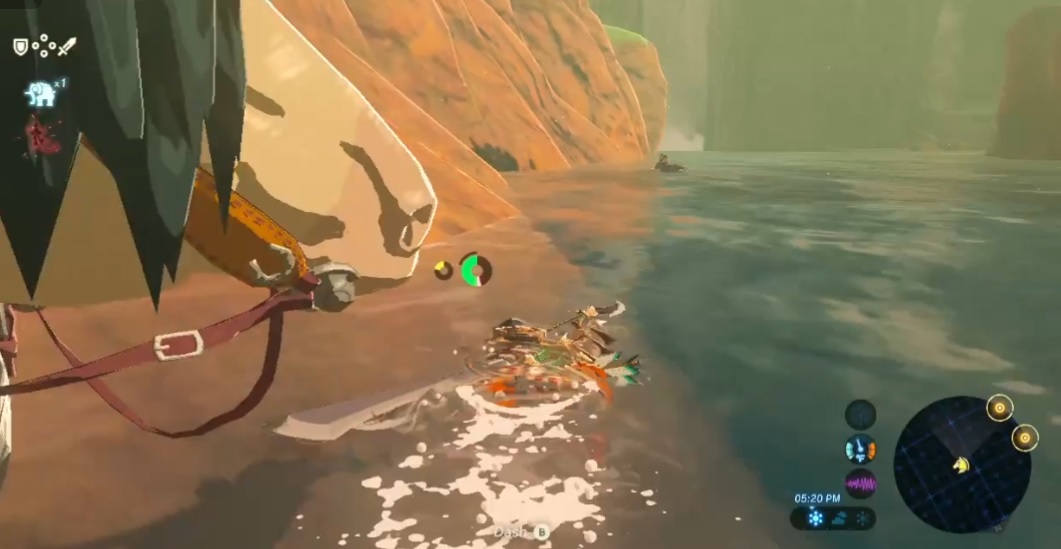 Shared by u_guessed on Reddit, the clip takes a quick and hilarious turn after Link attempts to call back his horse on a riverbank. He whistles…and…nope! The horse immediately turns around, and starts swimming away. Cold as ice.

It’s a fine line, this sort of stuff, but Zelda: Breath of the Wild generally makes things easy to come back from. In other open-world games, the “emergent” gameplay can often lead to game-breaking bugs or frustration. And Breath of the Wild has some of that, to be sure!

But I encountered my fair share of good quirks like this, enough to even help carry multiple playthroughs. If my horse did this in-game, I’d have to put the controller down to have a good laugh. It’s just perfect: the speed and cadence in which it peaces out.

I know five years on, folks are a little tired of Breath of the Wild still being in the zeitgeist, but I know a lot of people still get a kick out of it, or even still play it! I salute you all.