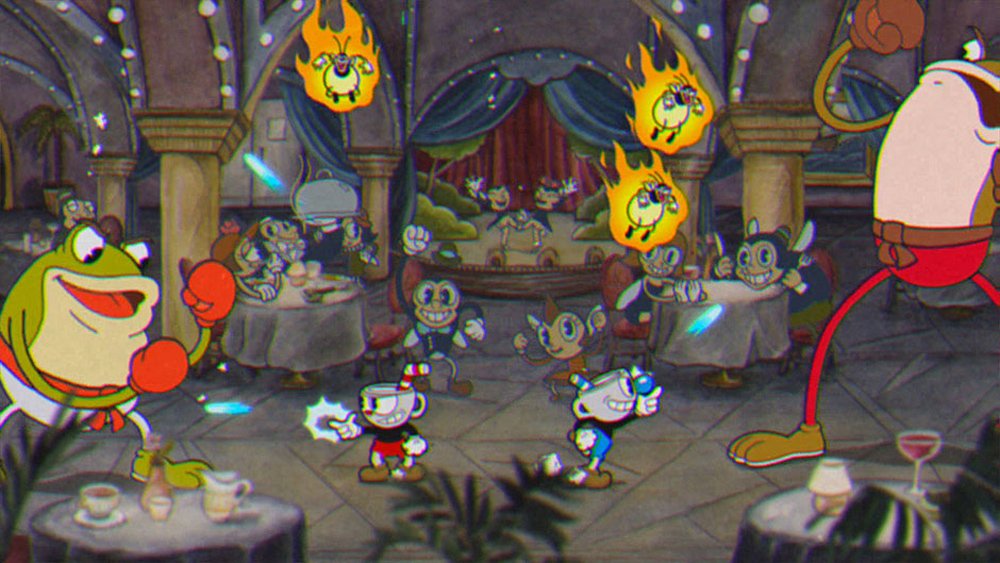 This is the year Cuphead comes out and that makes me ridiculously happy.

Time has an insightful new interview with Studio MDHR lead artist Chad Moldenhauer about the game and its wonderful hand-drawn animation, and oh my lord you need to see the behind-the-scenes gifs. There’s a bunch of ’em! It’s also a good recap of where the project is at and how it has changed.

Speaking about the Xbox One’s “lifetime” console exclusivity, Moldenhauer said that “without Microsoft’s help and support, it would be hard to get to where we’re at today.”

He reiterated that the scope has grown from a “small indie game” with around eight to ten bosses to “exactly what we dreamed of.” There are side-scrolling platforming levels between fights and the team was able to add “many more weapons and secrets and more story.”

It’s also lovely to hear that should Cuphead prove successful and enable the artists to do another game, they “will always focus on hand-drawn 2D animation. Not necessarily from the 1930s, but every era has really cool stuff that can be borrowed from or reworked into games.”

Exclusive: See How Cuphead‘s Incredible Cartoon Graphics Are Made [Time]