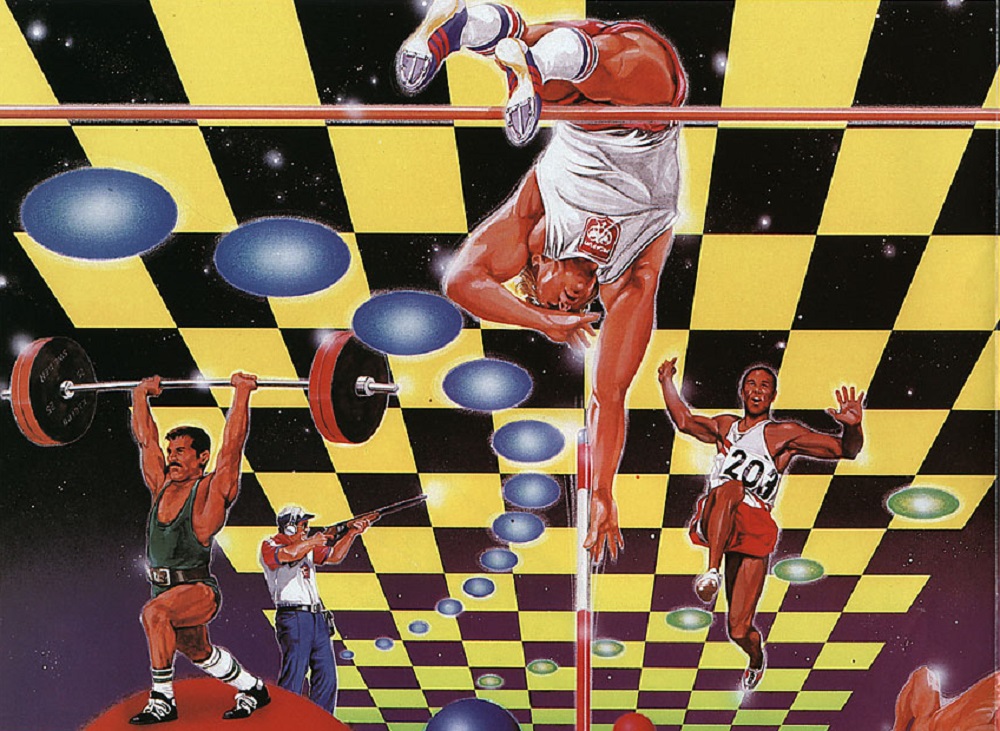 It may be getting darker and colder outside, but retro publishers Hamster are all set to bring back the spirit of a balmy ’80s summer, as button-mashing classic Hyper Sports makes a dash onto PS4 and Nintendo Switch.

Released in 1984, (less than a year after its predecessor Track & Field), Konami’s Hyper Sports is another compilation of simple but surprisingly addictive stadium sporting events. Once again players must either beat their friends or A.I. opponents in each event, or surpass a qualifying record to progress to the next event.

The sports included this time around are Swimming, Shooting, Long Horse, Archery, Triple Jump, Weight Lifting and finally the Pole Vault. Like Track & Field, most events require a combination of rapid button presses, strict timing and accuracy of angles and trajectory. Despite their simplicity, I still think Track & Field and Hyper Sports both hold up well today, even if they are short-lived experiences.

Hyper Sports – and Track & Field – are available to download now on PS4 in Japan and Nintendo Switch worldwide, priced at around $8. Of note, in 2018 Konami announced a pseudo-remake in Hyper Sports R for Switch, but things have been very quiet on that project.