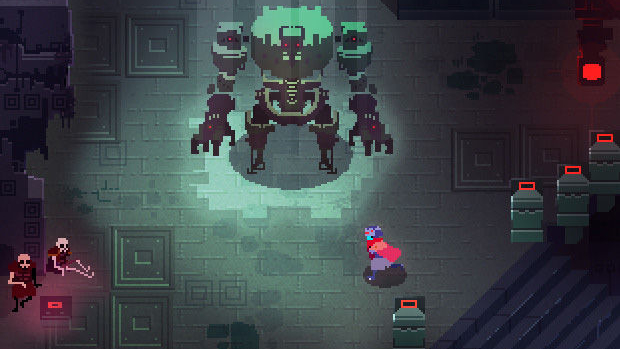 Hyper Light Drifter? I hardly even know her!

Heart Machine pushed back its wildly anticipated Hyper Light Drifter from the previous June 2014 release to the end of 2014. Heart Machine’s Alex Preston, talking to Jonathan Holmes at PAX, explained that, while they’re still aiming for an end of 2014 release, “probably early 2015 is more realistic.”

Which is fine. When it’s done it’s done. When you get lucky enough to strike an over $600,000 Kickstarter campaign, no point in not going all out. It just feels cosmically unfair that this game, which plays so well, is anywhere from eight to ten months away. Good things to those who wait and all that.