Crytek’s Hunt: Showdown began its life in a completely different place. First announced as Hunt: Horrors of the Gilded Age in 2014, a four-player co-operative shooter (essentially a Left 4 Dead clone) set in the Victorian era, the project underwent major changes during a period of financial struggle. But seeing its new incarnation emerge as a beautifully twisted butterfly of promising ideas, I’m still at a loss for words really.

Sitting in the Crytek’s booth as they walked me through their hands-off E3 presentation, I was taken aback as layer upon layer of intriguing depth showed an unwavering sense of dread and tension. If Hunt: Showdown can deliver on its promise, this could be a game entertaining folks for a long time. 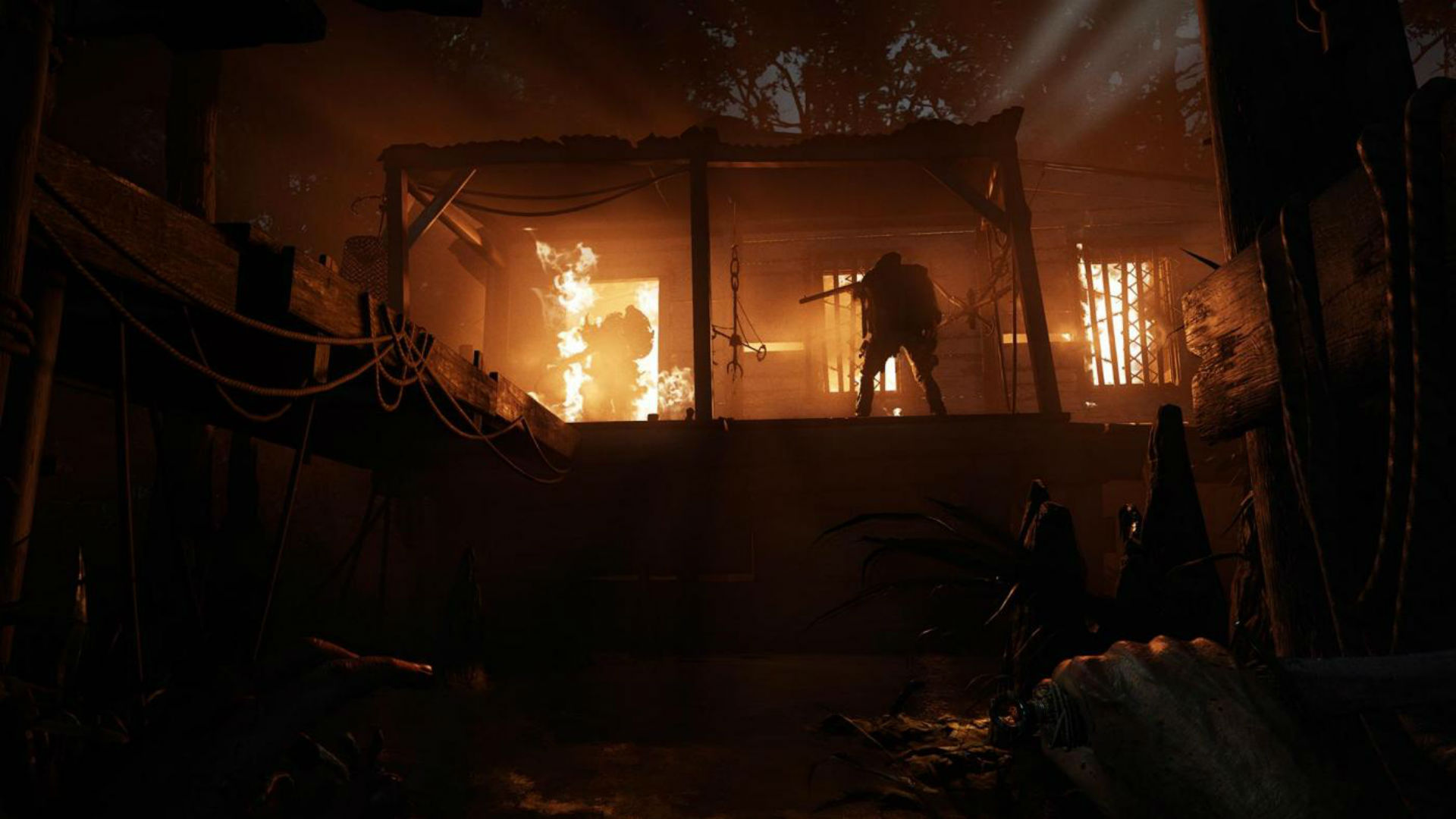 Hunt: Showdown strips its original idea of four-player co-op down to two with PvP matching. Five teams of two now have to stealthily crawl their way through a swamp, set in the Victorian era after insect monsters from hell break into the world, to track and take down those monsters in order to claim bounties (often gear, weapons, and the like to level up your character). As a basic frame, Hunt may seem action-heavy, but Crytek has added numerous layers to its base to form a more deliberately paced package. Crytek’s aim here is to slow down and have duos approach situations in the game more pragmatically. One of the key phrases throughout the presentation was “reckless players are dead players,” and it comes through in the gameplay.

Hunt: Showdown is “about the dirt, blood, and mud.” The demo reel featured a duo slowly making their way through a gross — in the best way — swamp at night. This footage was striking. The lighting kept the swamp just visible enough to get a good look at the environment, yet also felt blended enough to influence stealth movement rather than hinder it. It doesn’t seem like darkness here will be overbearing, inaccessible, or hiding visual infidelity, but almost a necessity (As the full game will have different times of day, I’m definitely curious how that’ll affect stealth.) Maps are smaller in scope in order to increase the tension, a la PlayerUnknown’s Battlegrounds‘ encroaching blue circle, and the AI creatures within mainly serve to force players to either fire on them (and thus alert other teams of their location) or avoid them (and potentially lose out on rewards). 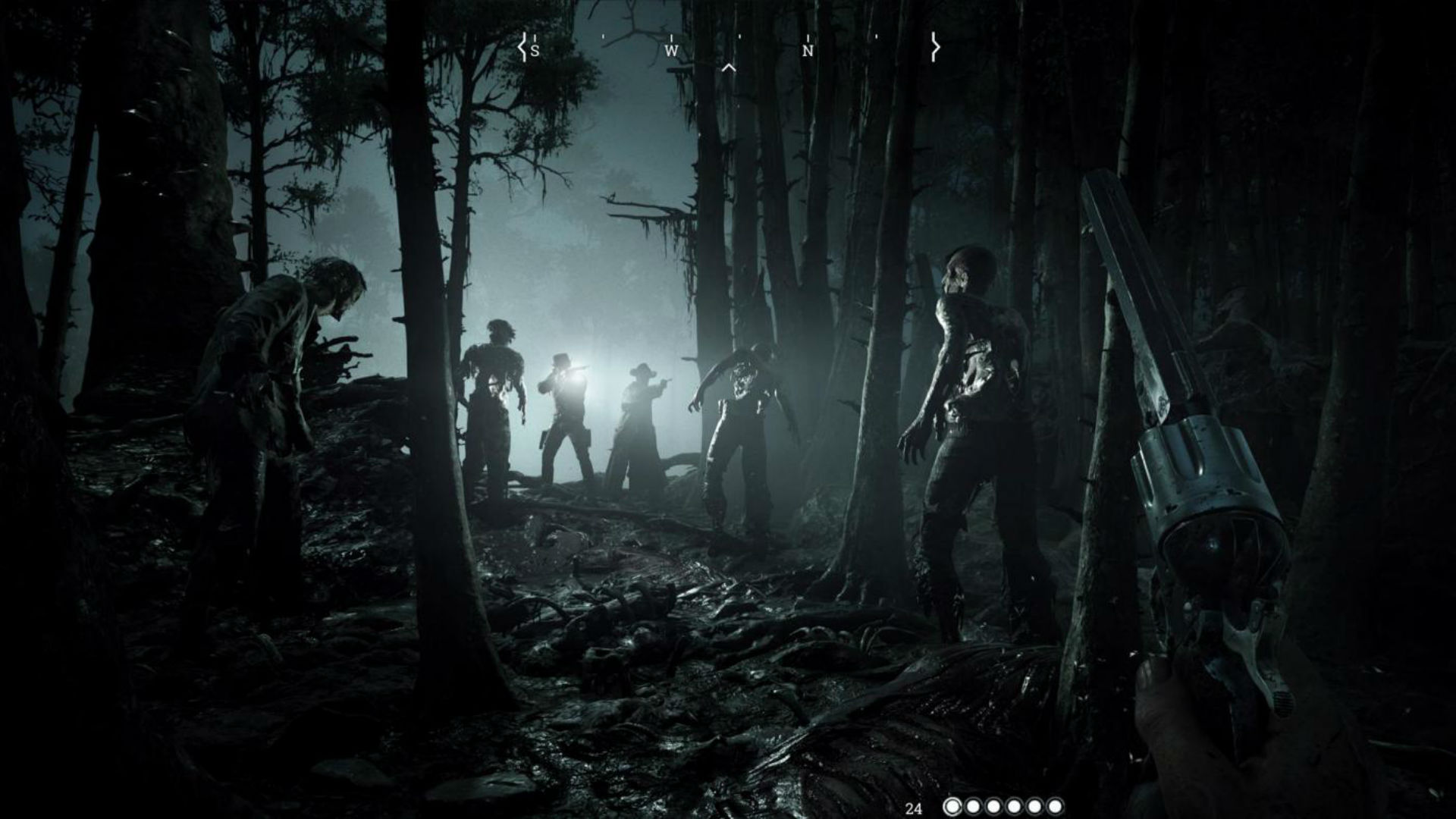 Each match is set into three phases with their own distinct personality: searching for three clues as to what the target monster is and where it’s located, killing the target, and finally banishing the target to hell to collect your team’s bounty. The first phase is where a lot of strategy comes in as teams decide whether or not to search for the clues (utilizing tools such as a detective vision mode). Or do you decide to place traps and hunt down other teams instead to clear out the competition? Once the team in the demo found all the clues, they suddenly were able to see through the target’s POV and parsed it was located in a nearby barn. The second phase had the duo approach the barn and fight the monster, a sick-looking half-man half-spider (all gross), as it rapidly crawled along the roof and walls of the barn. Like, seriously, rapidly. It was darting through holes in the walls and popping up around corners and was genuinely creepy as hell. Crytek says there will be differing target designs needing other strategies (ones necessitating melee attacks, bullet sponges meant for heavier artillery, etc.), and each match will feature a map with one to three targets in 15 possible locations.

Once the target was hunted, the true madness began. As one teammate started the banishment (and claiming the bounty), a huge fiery spot opened up on the general map and alerted the other teams to the target. As sort of a capture the flag type mode, the goal of the third phase is to survive long enough to claim your bounty and reach an exit point. This is where other teams will most likely come and try to kill you (anyone call kill each other at any point in the match, however). There’s also quite a punishment for death. Although there’s a revival mechanic between teammates (which Crytek is still tweaking), Hunt‘s permadeath means you’ll lose any of the gear or weapons that you’ve taken into the match with you. It’s the balance of risk and reward that’ll push duos to keep playing. And thanks to a leveling system known as “Bloodlines” you’ll still earn some experience even if the match doesn’t work in your favor. 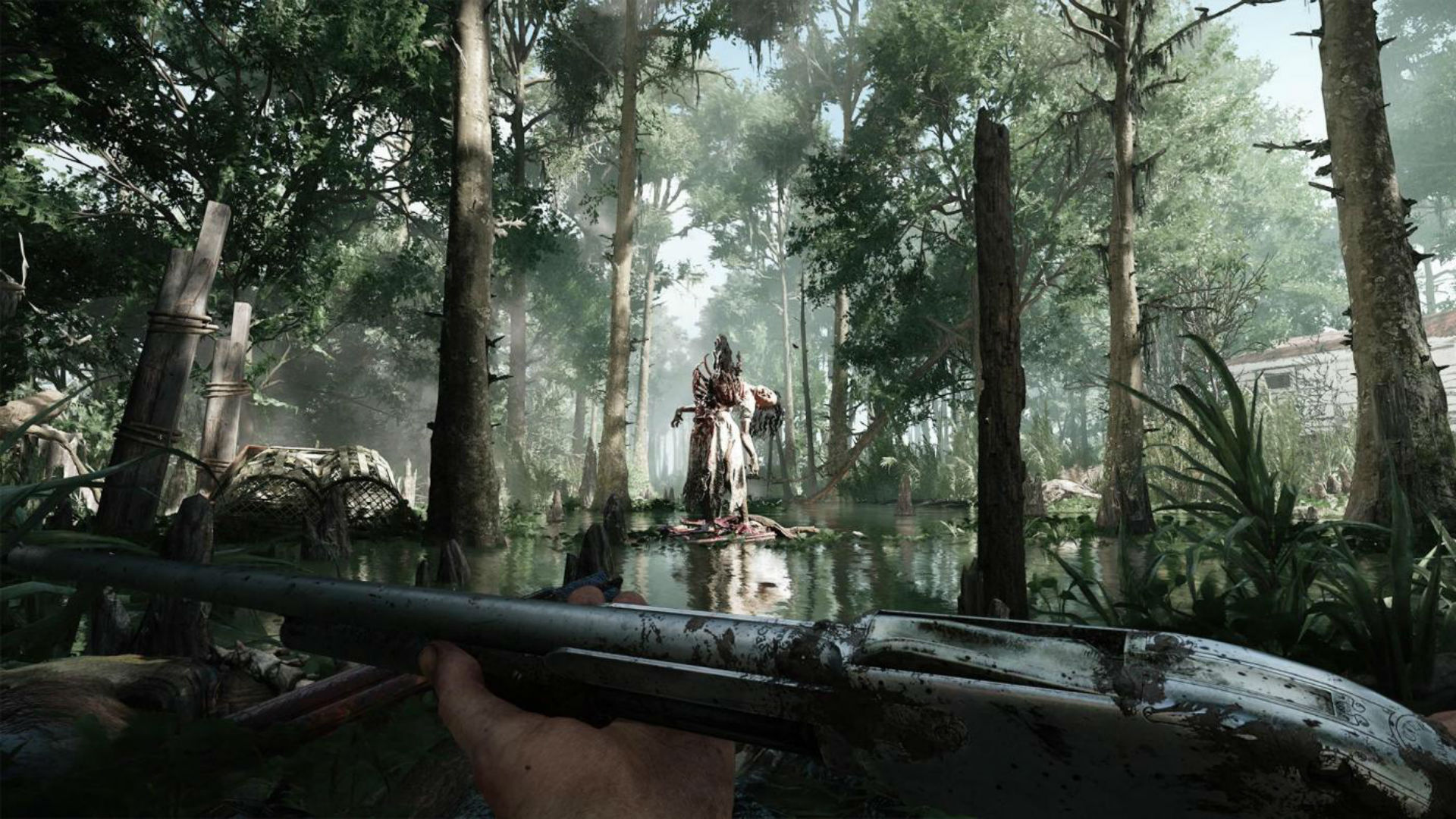 Hunt: Showdown has an incredible design philosophy of which I cannot wait to sink my teeth into. Its striking visuals, minimal user interface, unique environment, emphasis on survival rather than explosive action, and the teamwork between two players at the center all come together like an abstract painting. I can’t really explain why it works, it just does.

I hope I’ve written well enough here to truly portray how excited I am to play this, and I can’t wait to see what you all think when you get your eyes on it as well. Hunt: Showdown is a title we all need to keep an eye on.