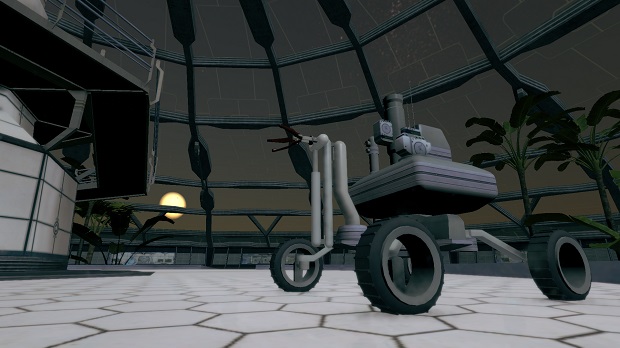 Want to be SHODAN or HAL?

Is it me or are all artificial intelligences on spacecraft always evil? GLaDOS, HAL, SHODAN, the … steering wheel thingy from WALL-E — all of them were pretty evil, or at least fairly negligent in their jobs and now it’s your turn to join in the fun.

Human Orbit is a title being developed by Autelia LTD that puts you in control of a sentient AI built into a remote space station. Also present on the space station are between 20 and 100 procedurally generated crew members all with their own personalities, desires and behaviors… and each one of them is available for you to mess with.

Turns out being a malevolent AI means access to the crew’s personal email, documents, and internal social media, which are rife for meddling. You’ll also have access to an innocent-looking maintenance robot that essentially acts as your hands, allowing you to manipulate objects in the physical world. A scenario I was shown at EGX involved intercepting an email conversation between two crew members and either causing a fallout or helping them become closer. See, you don’t have to use your omnipotent powers for evil — you can enhance the life of your crew as well.

Human Orbit looks like it’s going to fill the gap that exists in the sandbox genre right now — a genuine human sandbox. We see plenty of sandbox games where the world is your plaything but it’s rare we get people being the toys to bend and manipulate. I was also shown a lot of sliders and presets that represented the emotional range of a crew member; that won’t be shown during the game itself but it demonstrated how deep a single simulated crew member can be.

I’m looking forward to seeing more of Human Orbit as I want to poke and prod at it to figure out how deep the simulation goes. Oh, and to indulge my rogue AI fantasies too. Now I need to think of a vaguely threatening acronym for my computer name.