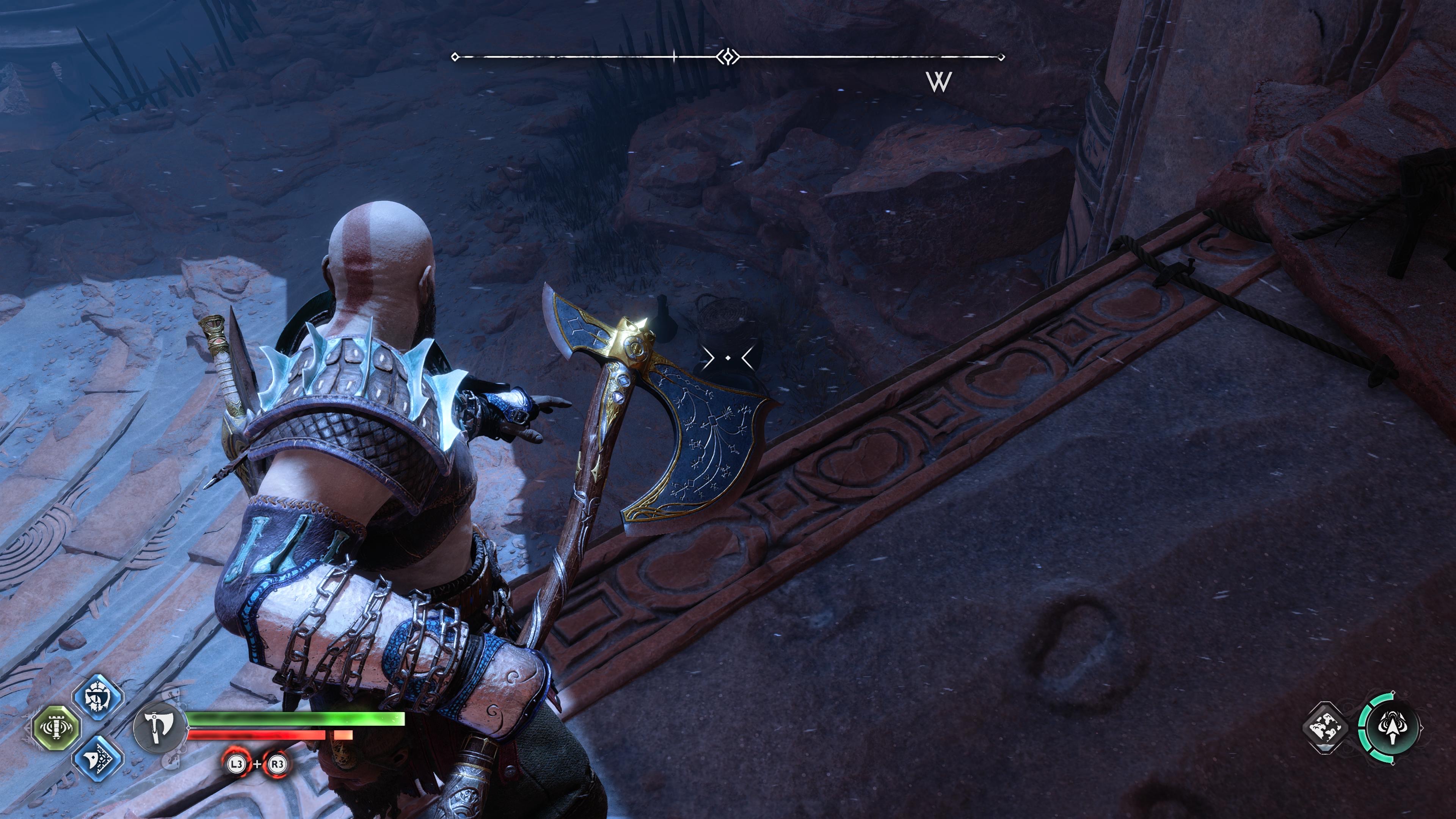 On higher difficulties, God of War Ragnarok keeps up some of the high tension antics of the series proper: so you may want to know about something as crucial as uh, healing.

I even went several hours thinking “there’s got to be more to this:” but no, it’s actually pretty straightforward.

The most simple method for healing is to locate green orbs while fighting. They’ll literally appear at your feet/across the battlefield as glowing green power-ups, and interacting with them will heal you a small amount. Keep this in mind as you’re running across bigger arenas: and make a mental note of where orbs are, so you can go back to heal them like running back to a “stash.”

So there’s actually an options setting that will either help or hinder your quest to crack as many green orbs as possible. In the accessibility menu, you can toggle the ability to automatically collect orbs while fighting: which could assist in some tougher fights. Of course, saving orbs for later might be a problem if you’re automatically gathering them, so just swap the setting to whatever you prefer (or try both for a while).

Use Rage of the Gods/Spartan Rage

This is my favorite way to heal, and arguably the most reliable.

Just like old games (and the 2018 iteration), Kratos (and now Atreus) can make use of the “Rage of the Gods/Spartan Rage/Rage” mechanic: otherwise known as a triggered temporary super/enhanced state, or “Devil Trigger” in Devil May Cry. By pressing in both sticks after your meter is full, you can Hulk out, deal more damage, take less, and most importantly: heal.

There’s actually three types of Rage of the Gods that you can level up and equip separately:

Always keep at least one revival item on hand

So at the shop in God of War, you can actually purchase resurrection stones, which allow Kratos to come back to life after death so long as he has a companion (which is 90% of the game, roughly). Don’t be shy about using these in a pinch, especially for boss battles, because losing/getting a game over after popping them will still let you use them again after the game reloads.