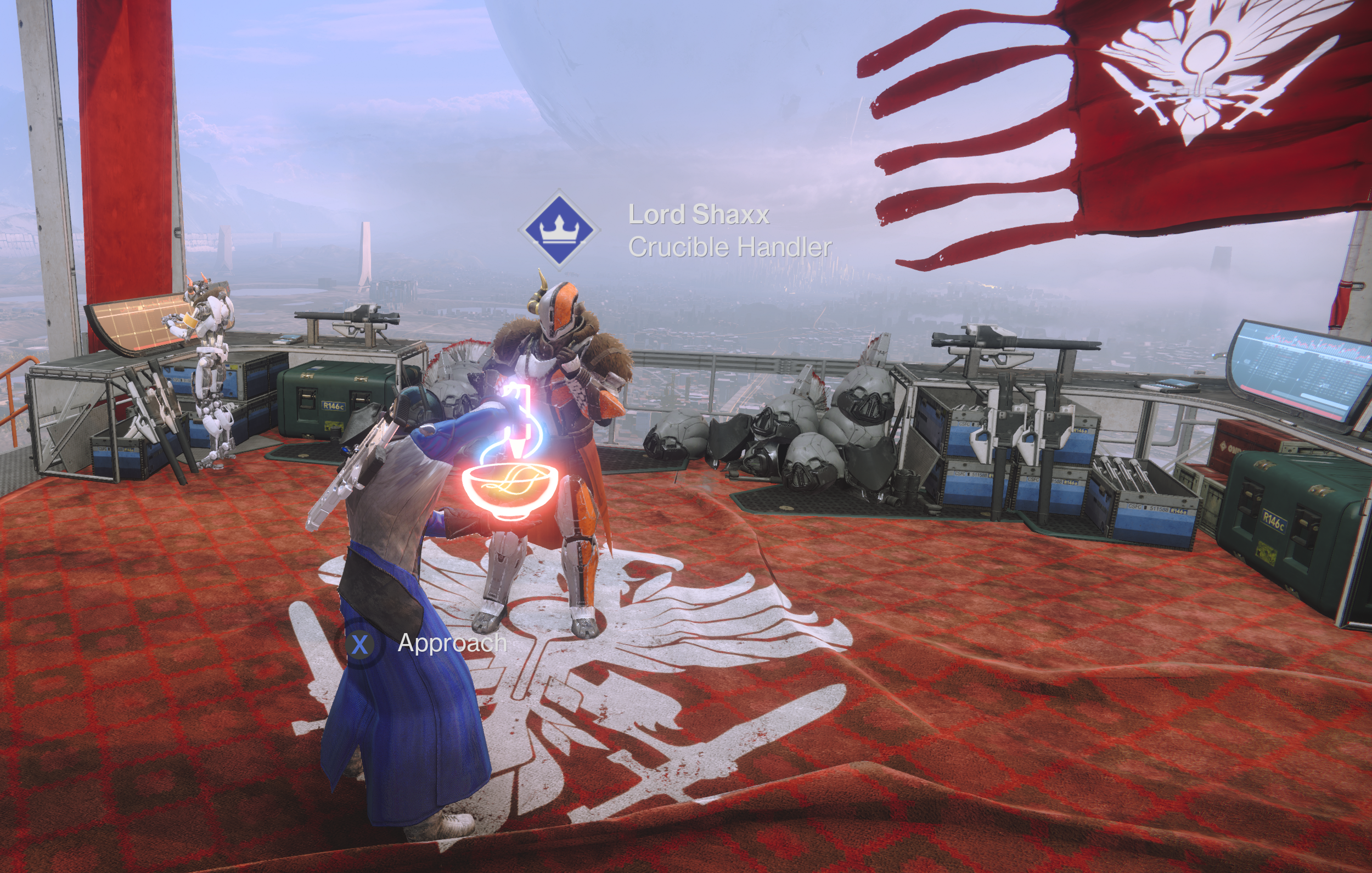 Go talk to Shaxx, and get ready to PVP

The Season of the Seraph has begun, and it’ll run all the way through February 28, 2023: where we’ll enter a new era of Destiny 2. For now, you can easily get the Rose hand cannon if you follow these steps. 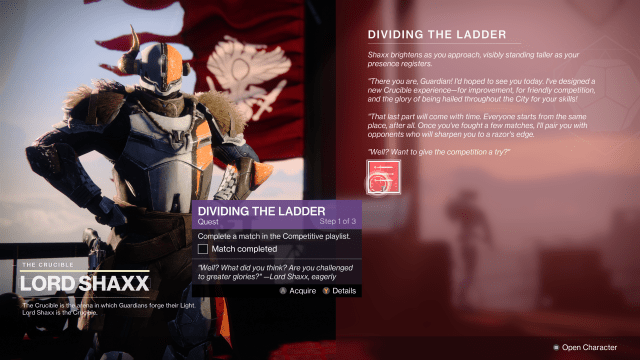 The quest you’re looking for is called “Dividing the Ladder.” You can get it straight from Lord Shaxx, the purveyor of The Crucible (PVP). They’re found in the same place they’ve been for a while in The Tower: directly behind the vault menu screens that look like ATMs.

Speak to them, and pick up this three-step quest.

From there, you’ll be asked to play a match in the competitive playlist. Go to the Crucible menu in The Director, and enter a match. The next step is finishing seven matches for seasonal placement. After that, all you need to do is speak to Lord Shaxx again, and you’ll get your Rose hand cannon.

The Rose will have random rolls, so you can attempt go for it again on a different character. Yep: note that like many other Destiny quests dating back to the original game: you can complete this on all of your characters.