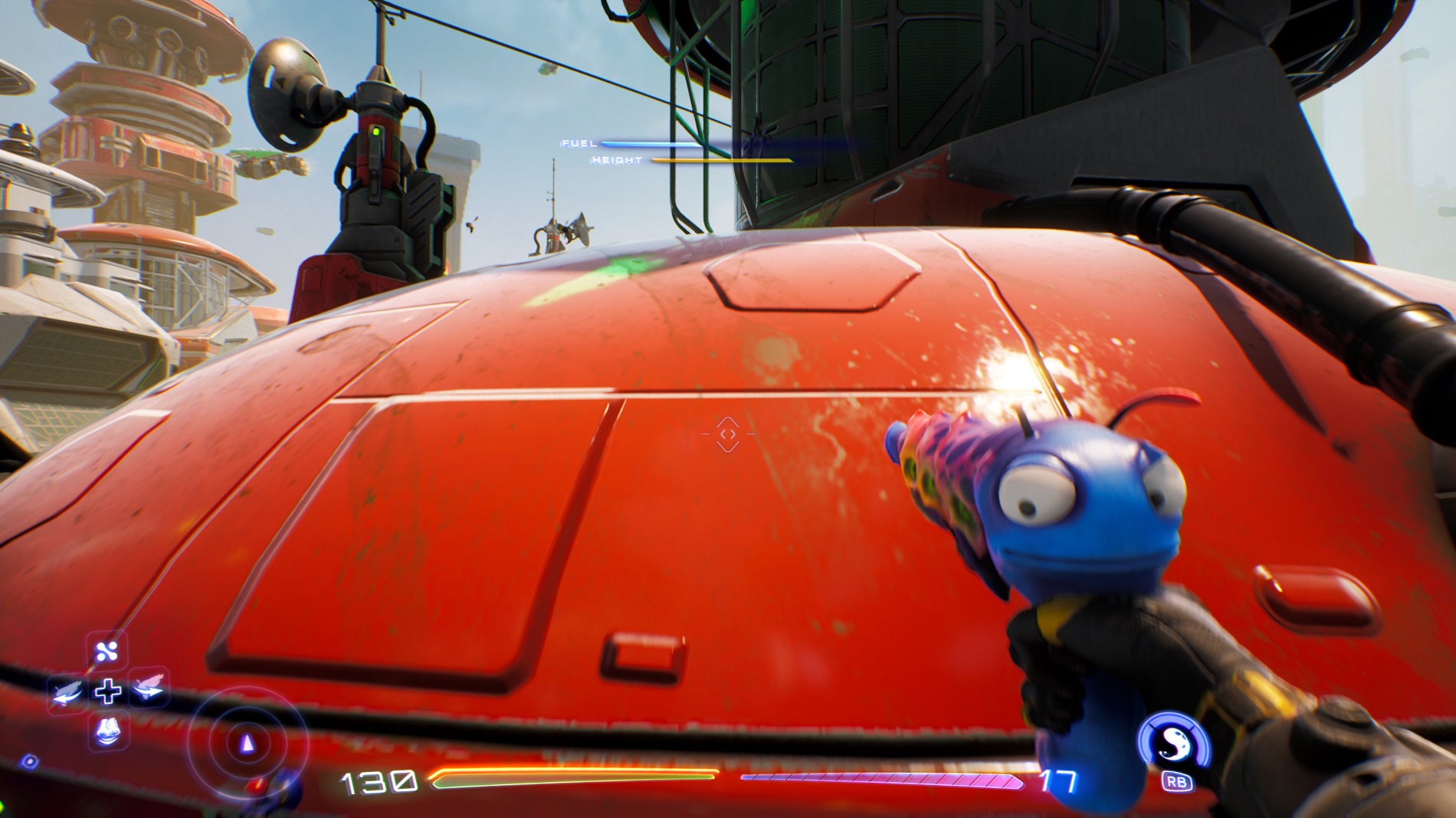 You’ll pick it up after a few story beats

As we talked about in the review, High on Life‘s big shtick is that you’re a galactic bounty hunter: which naturally requires…bounties. These are the core focus of the game, as you’ll take on, and take down these bounties as boss fight quests of sorts. After the first two, you’ll earn the chance to pick up the jetpack.

Just beat the Kubris and Douglas bounties, then proceed with the story

You’ll need to go to the bounty machine in your house and take down the first two major bosses of the game (Kubris and Douglas) to unlock the jetpack quest.

After that, Gene will ask you to go to the local pawn shop in Blim City (location above), which will net you a pre-order on the jetpack via a reservation. Don’t worry, it’s another one of High on Life‘s meta jokes. Go back home as the questline asks you to do, go to sleep in your room, and enough time will have passed: you’ll have access to the jetpack from then on.

Tips for using the jetpack in High on Life

Note that your verticality matters, so unless you upgrade your jetpack, you can’t go higher than a specific ceiling based on where you’re starting to lift off. On that note, some ceilings are invisible, and are just baked into the game to prevent players from getting into unmapped areas. To use this to your advantage, you’ll want to use your dashes (B on Xbox) to clear more ground, which can you trigger in tandem with a jetpack trip.

Finally, don’t sleep on the fact that you can buy upgrades for your jetpack. These are located right behind the counter in the pawn shop (directions in the passage before this!) the image above.