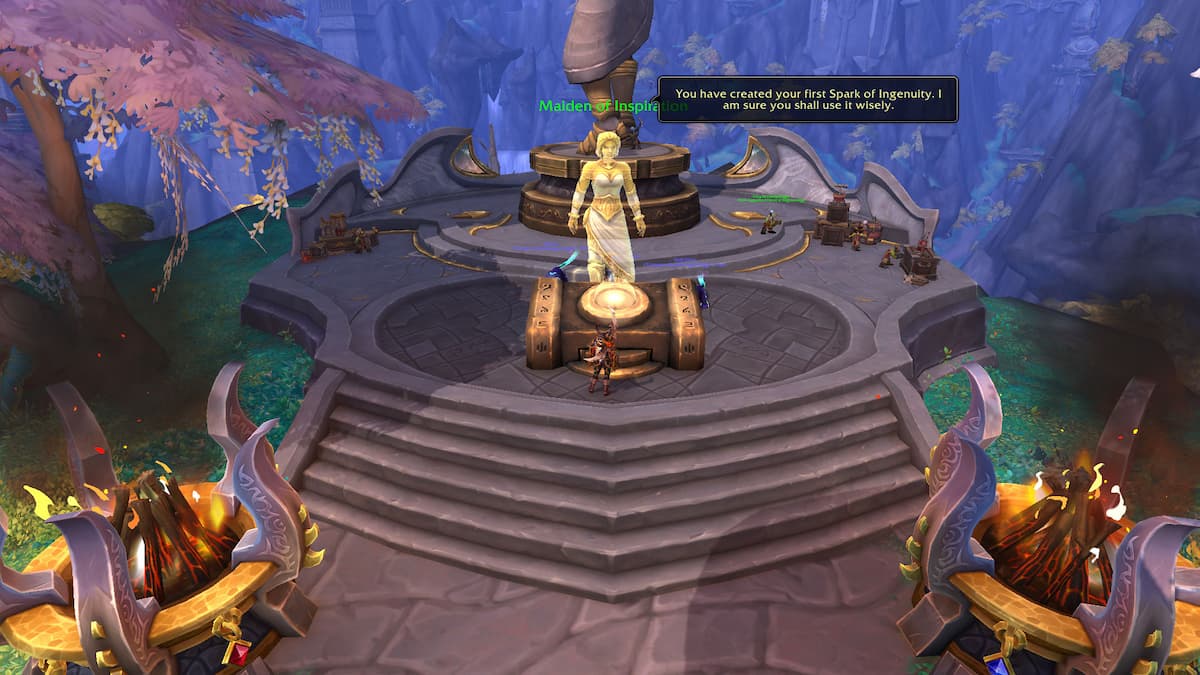 If you’ve played World of Warcraft since the start, odds are you’re used to exchanging X item for Y item, which in turn is used to acquire item Z. It’s like the classic Legend of Zelda trading subquest! Here’s how to get Sparks of Ingenuity in Wow Dragonflight, which thankfully is just a two step process.

What do Sparks of Ingenuity do in WoW Dragonflight?

Simply put, Sparks of Ingenuity are crafting reagents: you’ll create them by consuming a Bottled Essence at the Engine of Innovation in Valdrakken.

They’re used to create endgame gear, and crafters will want to acquire a ton of them (after fully completing the Footsteps of Tyr questline, you can farm them).

After you finish the game, talk to Therazal in Valdrakken at coordinates 50, 56. They’ll give you the questline that kicks off the entire Engine of Innovation storyline, which leads to Bottled Essences, which can be exchanged at the engine for Sparks of Ingenuity.

You’ll need to start chipping away at the Footsteps of Tyr questline, which is the follow-up to the Engine of Innovation bit. Every two weeks you can start a new step of the quest, which rewards you with a Bottled Essence.

We have a full breakdown on how to get Bottled Essences here in this guide.