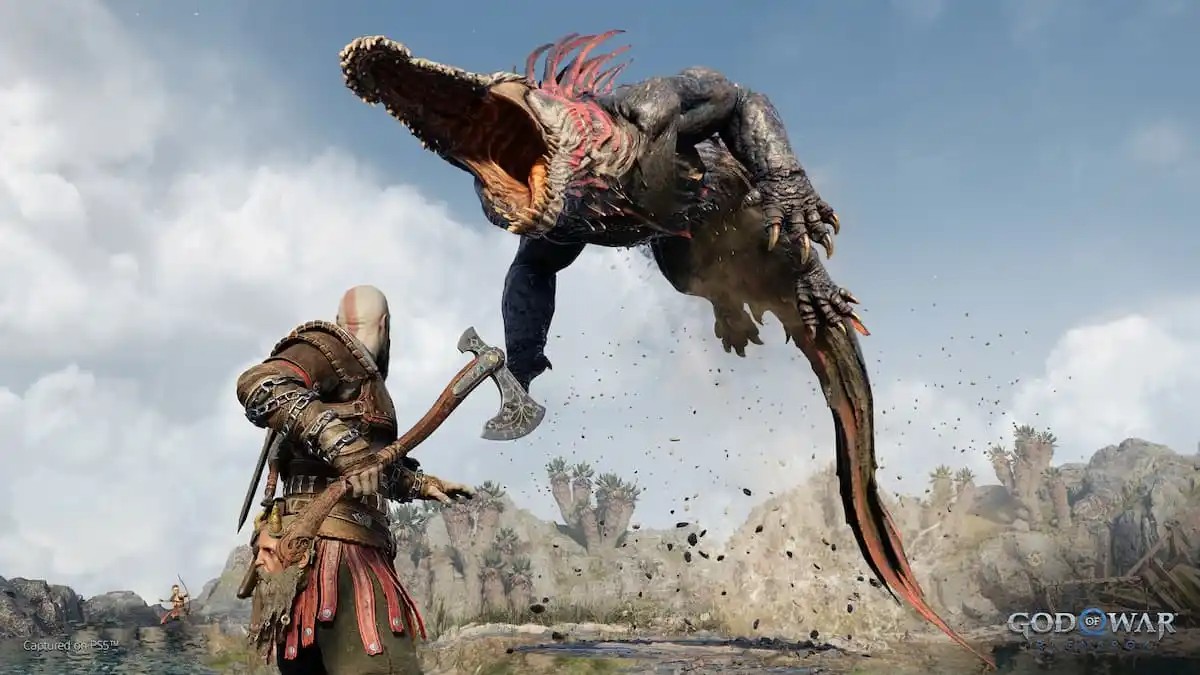 God of War may be known to have a quite linear story, but there are plenty of optional objectives players can take on if they’re looking for a little extra something. Like its predecessor, God of War Ragnarok has a whole host of armor sets you can craft after completing quests and killing enemies out in the world, adding a fun new challenge to the gameplay and letting you craft your favorite build to unleash Kratos’ ultimate power. One such armor set is the Scaled Dragon Armor, which gives players a nice boost to both offensive and defensive stats. If you’re not sure how to go about getting this set (and in turn, the Dragon Slayer trophy), here’s our quick and easy guide.

The first step on your dragon-hunting journey is to head to The Crater in the realm of Vanaheim, which you can travel to using the Mystic Gates to fast travel. Once you’re there, you can take part in nine different hunts that are scattered around this location, so make sure to explore thoroughly to find them all, as you’ll likely need to do all of them to fully upgrade the set. During these hunts, you’ll be tracking down and subsequently slaying dragons, drakes, and drekis, which will drop the items you need to craft the individual armor pieces.

Next step is using the items you collected to craft the armor, and for simplicity’s sake, you’ll need a total of 22 Dragon Tooth (yes, grammatically it’s teeth, but the in-game item is called Dragon Tooth) and only 1 Dragon Claw. Here’s the breakdown for each piece of armor:

Once you’ve made each piece in the crafting menu, the Dragon Slayer trophy will pop, which of course is necessary to get the Platinum trophy. Plus, you’re all set to strut around, striking fear into any dragonesque enemies that come your way.

Okay, so you’ve made the Dragon Scaled Armor, but what does it do? As stated above, the set provides a good mix of mitigation of incoming damage and increasing your damage dealt, with a particular focus on the Blocks and Parries you can perform in combat. Here’s the passive ability of each armor piece:

Of course, the fun doesn’t stop once you’ve simply acquired all of the armor pieces. You can keep upgrading the armor all the way to level 9, and all you have to do to get there is keep hunting down those dragons, drakes, and drekis for their monster parts. Any fully-upgraded armor is bound to be a huge boost to stats, but if you’re someone who likes a good of both defense and offense, the level 9 Dragon Scaled Armor set is an excellent choice.