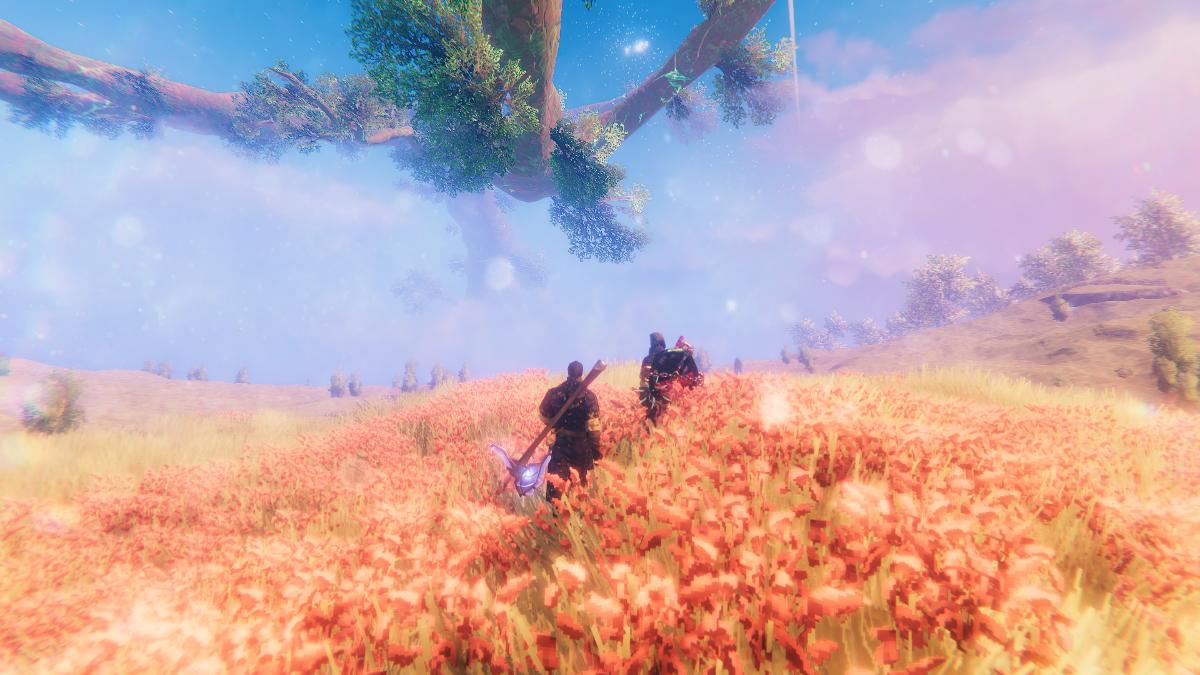 Get ready to kill some goblins.

Valheim is a surprisingly fun sandbox survival game that lets you explore a massive Viking-inspired world. Starting with your fists and the bare minimum of clothing, you will spend the entire game gathering resources to make tools to gather more resources to make more tools and so on. While that sounds tedious, the world is so beautiful and the tasks are so interesting that it’s easy to get sucked in for hours. This guide is for the players who have made it past the fourth boss, Moder, and want to learn how to gather what is currently the highest-level metal in the game: Black Metal. Keep reading if you want to know how to find Black Metal scraps and how to turn them into Black Metal bars.

As previously mentioned, defeating the icy dragon boss, Moder, is the first step. You won’t be able to unlock this resource until you do that. Assuming Moder has been dispatched though, you can only find Black Metal scraps in the Plains Biome. There will be an enemy species called Fulings that have camps set up here. They are essentially Goblins, and they are a little tougher than some of the other enemies you’ve faced so far. For every low-level Fuling you kill, they will drop one Black Metal scrap for you to pick up.

Be careful though! The Fulings hit hard and will chase you for a long time. You will want to be comfortable parrying blows if you’re fighting hand-to-hand combat. It may be even easier to use a strong bow to take out some of them from a distance. When you get too close to the center of their camp, you may end up getting swarmed, so be smart about it if you’re going solo.

Fuling Berserkers are giant goblins that guard the bigger Fuling camps and fortresses. Again, archery comes in handy when defeating them. They will sometimes drop two Black Metal scraps for you though.

After you have gathered several scraps, you have to build a couple of things in order to turn them into Black Metal bars. First, you will need to make an Artisan Table. Remember that time when you killed that dragon named Moder? Cool. She dropped 10 Dragon Tears for you. Now you will need to use 2 Dragon Tears and 10 Wood to build the Artisan Table.

Next up, you need a Blast Furnace. This requires a little more gathering on your part. To craft it, you will need 1 Artisan Table, 20 Stone, 5 Surtling Core, 10 Iron, and 20 Fine Wood. You can find Fine Wood by chopping down Birch trees and really big Oaks. Surtling Core will come from either exploring Burial Chambers in the Black Forest Biome or from killing Surtlings in the Swamp Biome. Fun fact, killing these fire-covered enemies that gather around flame geysers in the Swamps will get you both Surtling Cores and Coal, which does come in handy.

Once you have crafted your Blast Furnace on solid ground next to your Artisan Table, you can add in Coal and Black Metal scraps to get Black Metal Bars. The Blast Furnace works like a Smelter, thus the Coal, but it can only be used for Black Metal. The bars can then be used to craft a variety of powerful weapons though, so it’s worth all the effort!

Getting lost in Valheim has been a lot of fun honestly. Despite the grinding for so many resources, the exploration continues to intrigue me. There’s always something to learn, like how to make serpent stew, but I can’t wait for this game to keep growing.