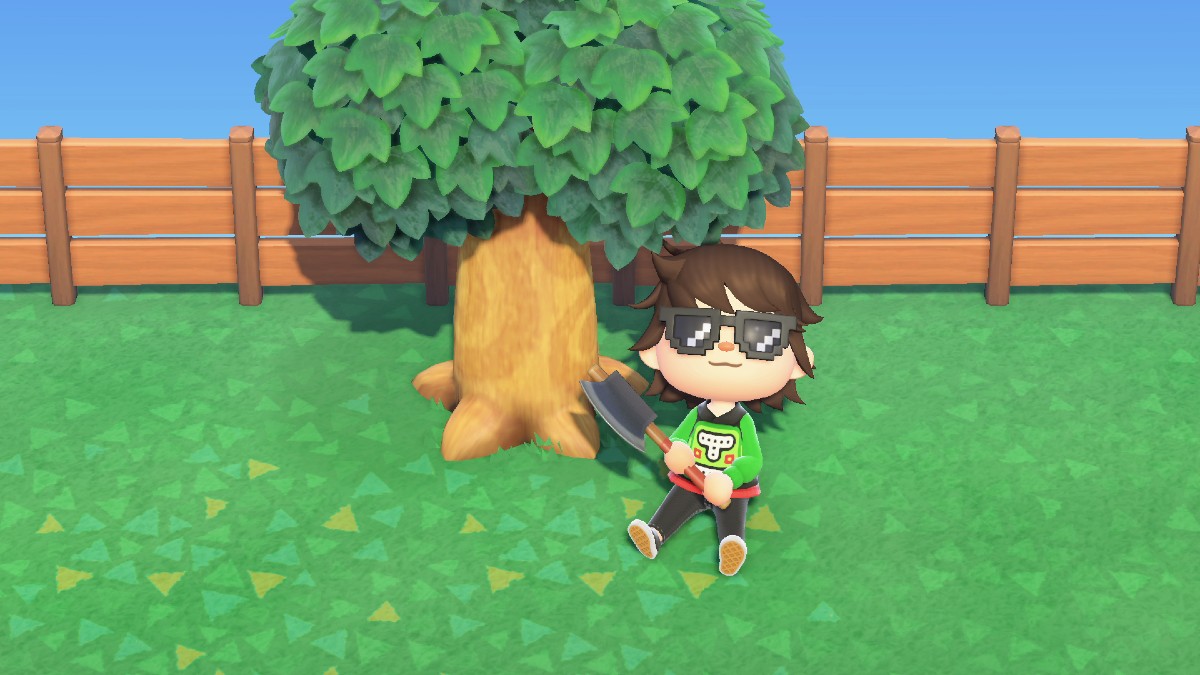 I need to axe you a question…

Are you looking to chop some wood on your Animal Crossing island? Considering a major part of the gameplay loop in New Horizons (and the rest of the series, for that matter) involves catching bugs and fish, planting flowers, chopping trees, and other such activities, your tools are some of the most important items in the game. While some tools are harder to get your hands on than others, thankfully you’ll get your axe earlier in the game than most. You’ll need an axe to get wood from trees, and in turn, craft other tools and key items.

How to get a Flimsy Axe

You’ll start off your playthrough in New Horizons with weaker tools, but you’ll be getting some nicer ones soon enough. You’ve gotta start somewhere, right? In order to get your Flimsy Axe, you’ll need to follow Tom Nook’s instructions once you get to your island. He’ll ask you to go out and catch a few bugs or fish — once you have at least two, go back to Tom, tell him you’ve found a creature, and he’ll take them off your hands.

Tom will then hand over the DIY recipe for a Flimsy Axe as a reward, which requires 1x Stone and 5x Tree Branches. If you don’t already have those items in your inventory, take a moment to walk around your island and find them. All that’s left is to craft, and there you have it: your own axe! The Flimsy Axe will only last for 40 uses, which won’t last for very long depending on how much wood chopping you’re doing.

Don’t worry though — you’ll be able to upgrade to a better-quality axe in no time at all. After you pay Tom Nook 5,000 Nook Miles, you can purchase the Pretty Good Tools recipes pack from the terminal inside the Resident Services tent. That pack includes the recipe for the Standard Axe, which requires 1x Flimsy Axe, 3x Wood, and 1x Iron Nugget. Once you craft a regular Axe, the tool will now last for 100 uses, making it more than double the durability of the Flimsy version.

There are a few other versions of the axe tool in the game, but the two most important are the Stone Axe and the Golden Axe. The former is actually unlocked when you receive the Pretty Good Tools pack, and it has one key difference from the standard Axe. While the regular Axe will chop down a tree if you hit it too many times, the Stone Axe will not. This likely won’t matter to most players in the early game, but when it comes time to start landscaping, some might prefer to use a Stone Axe if they want to gather resources without risk of ruining their landscaping. The Stone Axe recipe also uses fewer resources to craft than the standard version, requiring only 3x Wood and 1x Flimsy Axe.

Finally, if you’re looking to get yourself a Golden Axe, you’re gonna need to do a lot of swinging. After you break 100 axes of any kind, you’ll unlock the recipe for the Golden Axe. To craft your fancy new tool, all you’ll need is 1x Axe and 1x Gold Nugget. It’s worth noting here that if you want to do this as fast as you can, you want to only use Flimsy Axes as they are the least durable.