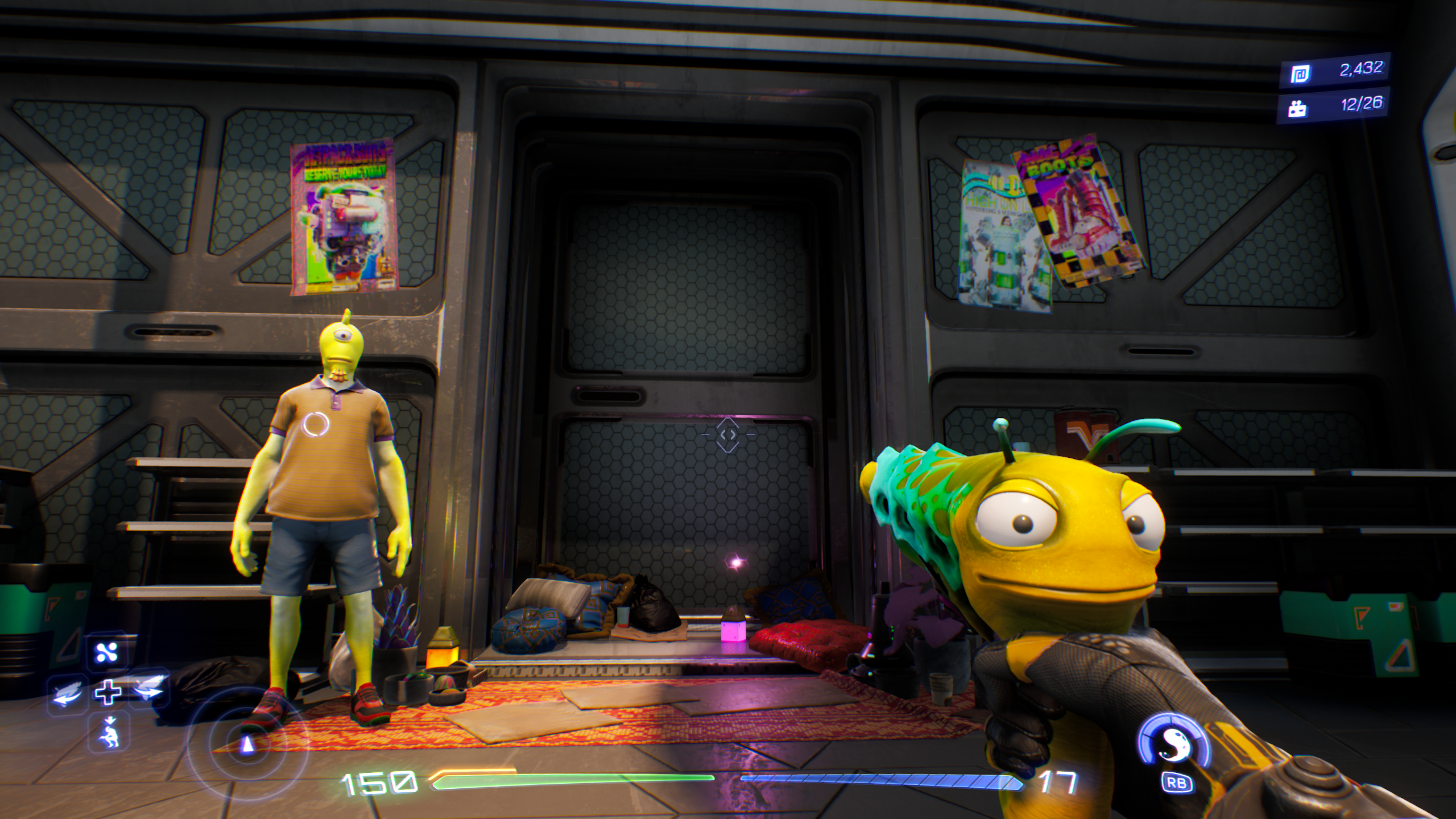 You should start this process early

Oh hey it’s another achievement you probably shouldn’t miss in High on Life! Here’s a full achievement guide for A Starfish is Born.

Step one: Get the drum from the pawn shop

As soon as you’re able to enter the pawn shop: do so, and buy the drum on the counter. It’s located on the right side of the shop, near all of the weapon upgrades.

You can find the exact location in the image above. It’ll run you 78 pesos: so grab it when you can, because the earlier you start this process, the better. Step two: Give the drum to the little alien in Blim City

After completing your first bounty (9-Torg), an alien man and an alien kid will appear in the Blim City streets. This location is directly to the right of Blorto’s hut, facing the right side of the city when looking at it directly from your home.

Give the drum to the kid (just interact with them). So this part isn’t tricky per se, but it can be finnicky.

At some point (triggered by bounty/boss completions), a crowd will gather around the man and the kid, as the latter puts on a drum show. Complete more bounties, and check in with the duo. Eventually the kid will leave, and will be signed by a record label because of their drum skills. Following that process, you’ll be able to view them on Blim City TVs, and complete the A Starfish is Born achievement.

Try your best to keep checking in on the two NPCs to usher the questline along. In my playthrough I didn’t physically witness or interact with the crowd around them, but my game did progress to the point where the kid was signed to the record label.