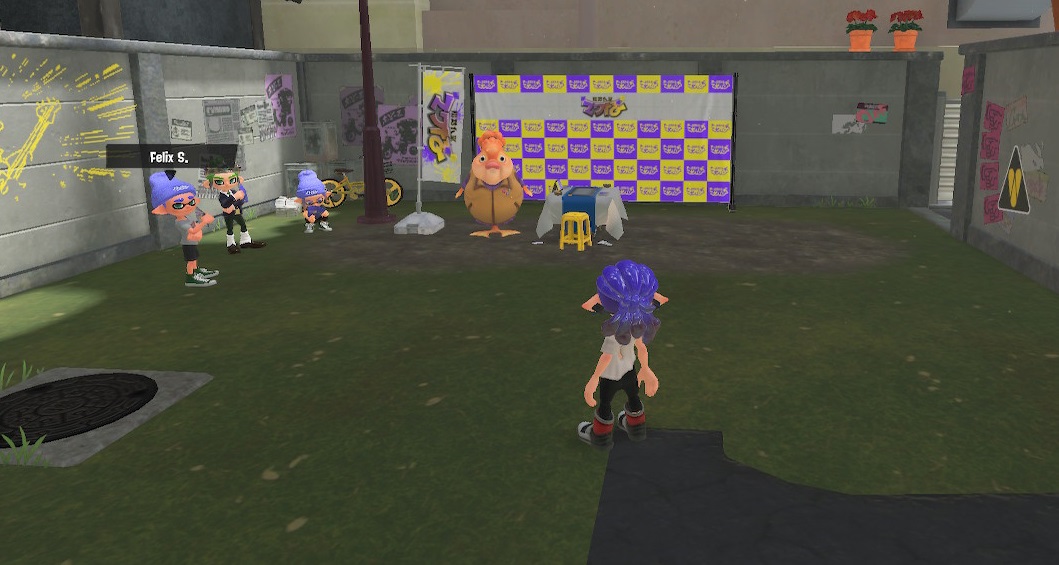 You need to rank up to player level four first

Tableturf Battle is the standout new mode in Splatoon 3, and as promised, it involves decks of cards. Here’s where to find it, and how to play it.

If you’re just starting up in the default hub city position: walk up the stairs and hang a right to get to the alley, then walk down it to the left. Alternatively (as seen in the third image above), you can run through the street of shops on the right, then hang a left, and another left to locate the Tableturf Battle Dojo table. You need to be player level four to interact with the NPC, which is roughly half an hour or so of turf war multiplayer. This same requirement applies to Salmon Run.

You’ll be given a starter deck, but another pack of cards can be obtained very early in the story mode. Go into the sewers to the left of the main square (again, where your character spawns), and complete several early levels in The Crater. While there, you’ll come across a blinking red light in the ground in the overworld. Ink it and you’ll get your first booster pack.

The goal of Tableturf Battle is to score more points than your opponent — just like a regular Turf War. But instead of battling it out in shooter form on a battleground, you’ll match up cards to try and ink more of the board. Players go simultaneously, and different shapes (cards) can be played, Tetris style, to cover more turf. The main catch is that you need to connect to prior pieces you’ve placed, and there’s a finite amount of turns (12) until a score check is forced.

Players inking the same space at the same time is decided by number values on the cards — and the lower number will claim the clash (a true tie will shut that area off from anyone). “Special Points” can be earned via glowing spaces, which add an extra S-C-R-A-B-B-L-E-esque twist into tile placement. And finally, to add a bit of flavor and excitement, there are special attack cards that can steal spaces.

Right now you can just take on the CPU/NPCs, but multiplayer will be added for free at a later date. As you defeat each NPC, you’ll be given access to a tougher match with a new challenger. 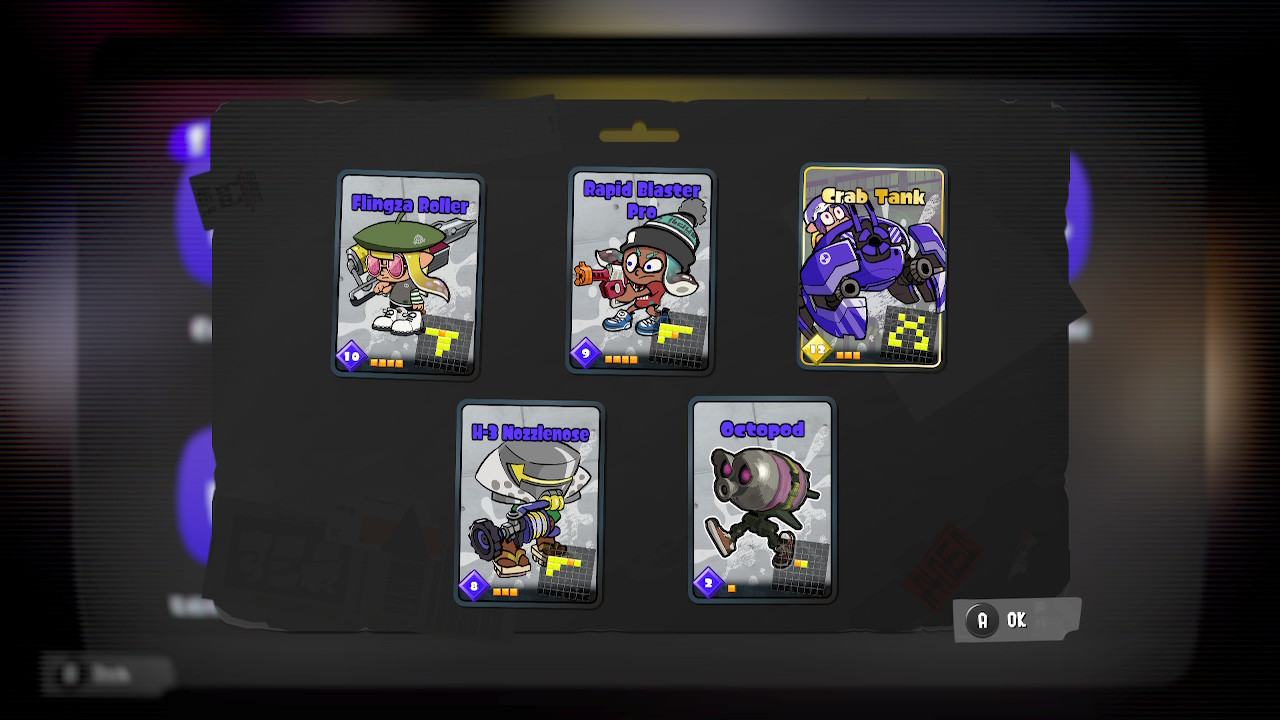 How to unlock more cards in Tableturf Battle

Here’s the few ways you can earn extra packs in Splatoon 3: