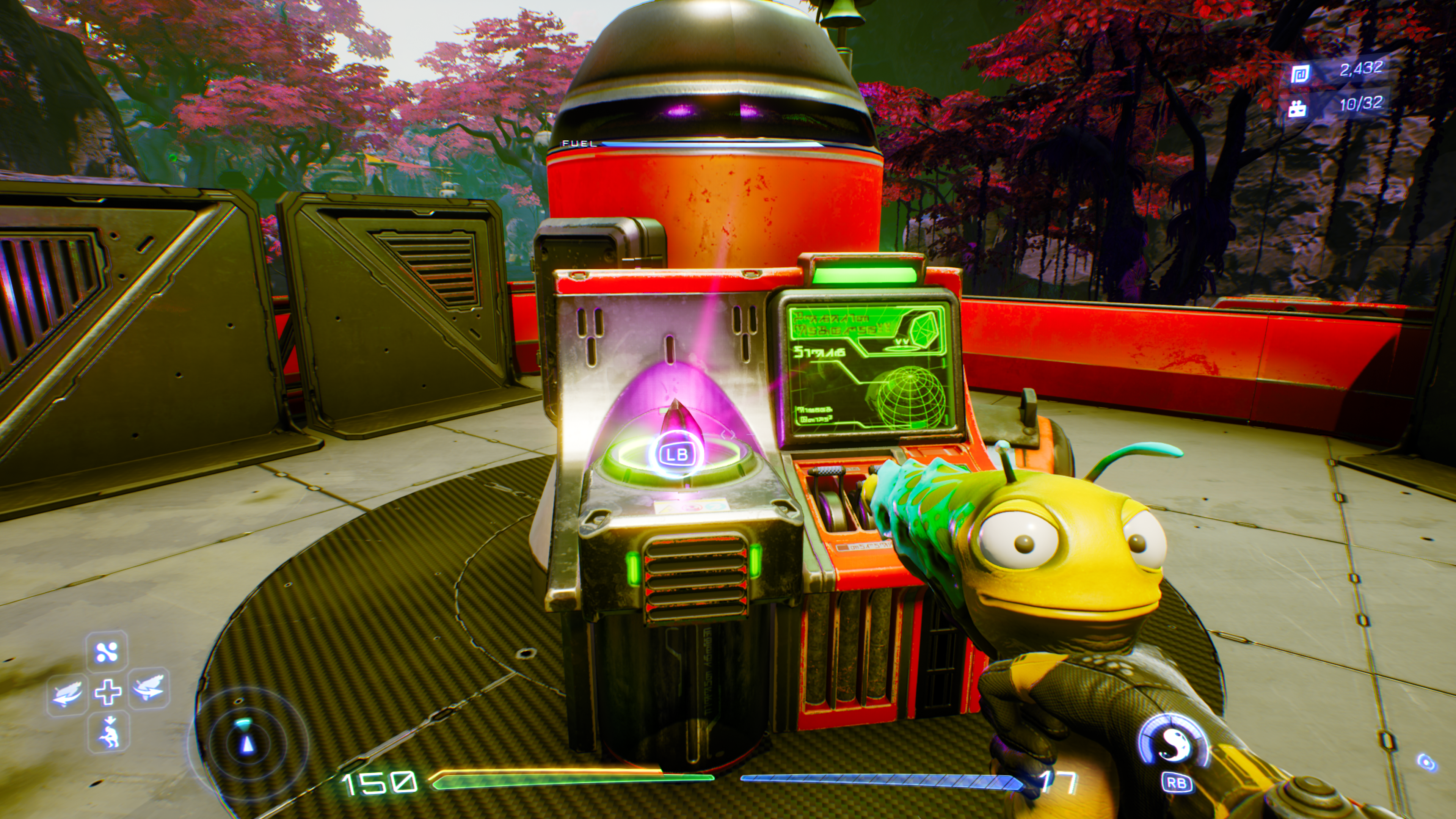 Many secrets and Easter eggs in High on Life are attached to warp discs: which are purchased through a currency called warp crystals. You’ll pick these up naturally through defeating enemies and claiming them from their bases, but there’s a much easier farming method if you’re looking for a 100% clear run.

Step one: Go to the Zephyr Paradise (Upper Valley) area and find the cave nearby

Use the bounty machine in your house to create a portal to Zephyr Paradise (Upper Valley).

Exit the portal to the Upper Valley and turn right. See that metallic structure? Head over to it, then look into the mountainside to the right for a cave entrance (with red lights). Go inside.

Step two: Do a full “cave run,” then collect the warp crystal right near the portal

Enter the cave and whip up into the connecting cave (past the toxic goo). Keep going through the cave and kill all of the blue alien critters inside. Keep walking until you reach the end of the cave, which will take you outdoors.

Kill the critters that spawn, then shoot the green plant trigger to create a walkway that will bring you back to the starting area. Once you’re there, fly (or whip) to the top of the alien structure and pick up the warp crystal on the roof.

You can actually see the crystal highlighted from very far away: so if it doesn’t have a blue “interact” circle around it, you may have missed a critter. You can manually go back through the cave or just reset the loop by going into the portal.

Speaking of resetting the loop: rinse and repeat steps one and two until you have enough warp crystals to buy the warp discs you need. Runs take several minutes each, and there’s only a finite amount of warp crystals required to access every secret, so don’t overdo it. For reference, you can find the full list of Blorto’s offerings in the gallery directly above.

If you ever want to see how many warp crystals you currently have: just open up the pause menu, select your inventory, and look for the number next to the crystal icon in the top right hand corner (visual aid available in the gallery above).