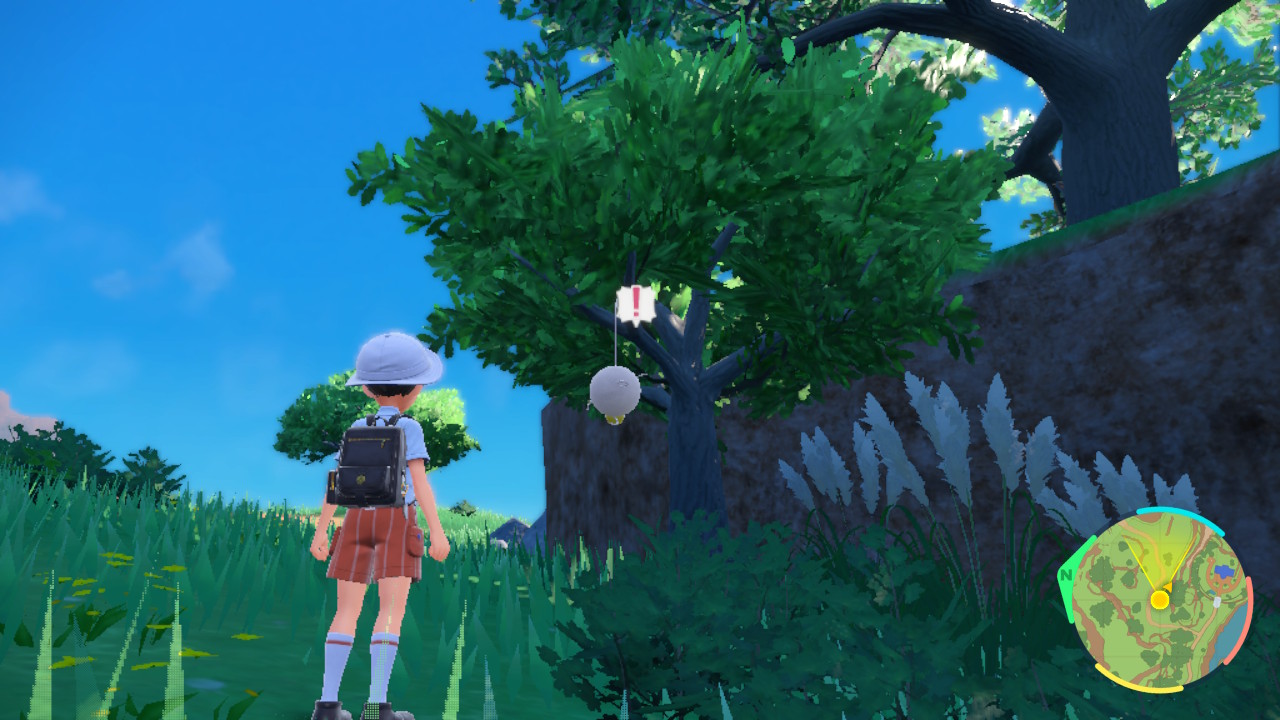 Just throw a ball at them

Very, very early on in Pokemon Scarlet and Violet, you’ll get the opportunity to start catching Pokemon. While the open world is still roughly an hour away at that point, there’s a nice medium where you’ll be able to capture some basic creatures, while learning the ins and outs of the new game systems.

Pokemon will also start appearing in trees immediately: and all you need to do to capture them is to throw a ball at them to knock them out of said tree.

Walk up to the tree (you’ll need to get in a little close, so be aware of any Pokemon meandering around if you just want a chance at fighting/capturing the one in the tree), and hold ZL (the left trigger). Then, when the Pokemon is in focus (as seen in the image above, where information is highlighted above their head), press ZR (right trigger) to throw a Pokeball. The Pokemon in question will bounce out of the tree, and you’ll be able to battle and capture it.

While this is a simple process, you do need to remember that Pokemon can hide in trees at all times. If you’re looking to sweep up your Pokedex, make sure you at least glance at, or keep this little nuance in mind.

Once you unlock dashing, you’ll have an extra opportunity to knock Pokemon out of trees simply by running into them with your legendary mount.