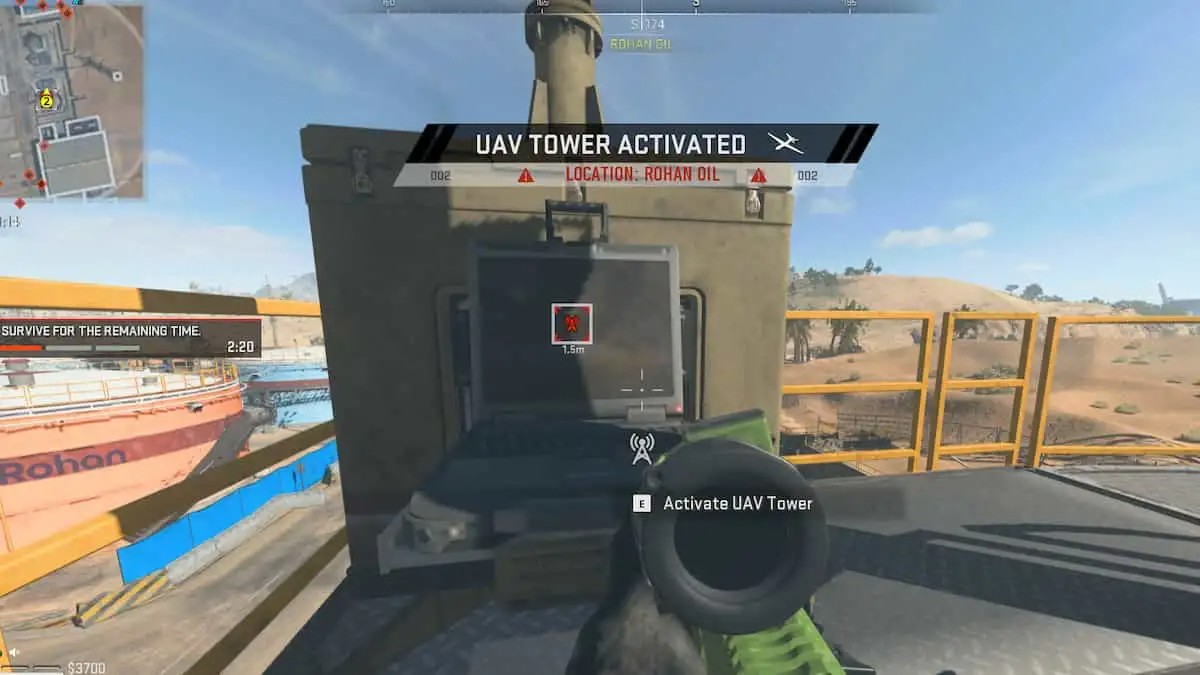 The map in Call of Duty: Modern Warfare II‘s new DMZ mode is absolutely chock full of things to do, one of which is activating the UAV towers that are scattered around Al Mazrah. Seasoned CoD players should already know what the UAV is, but in case you don’t: the acronym stands for Unmanned Aerial Vehicle, and the idea is that it reveals all enemy locations to you. It’s a powerful tool that can help you get a one-up on enemies, and considering DMZ can be a particularly tough game mode, you’ll need every advantage you can get. Plus, activating a tower is a Tier 1 mission for the Legion faction that they use to kind of tutorialize you on the mode, so it’s important to get the towers sorted sooner rather than later.

Your map is your best friend

It’s always a good idea to check your map to orient yourself and check out your surroundings once you get in game, and it can be even more helpful in immediately locating points of interest you want to prioritize that round like, for example, a UAV tower. The towers are marked on your map as a little radio tower sending off signals, so it should be fairly simple to find them. If you spawn or wander further from a tower than you would like, you can always find the nearest vehicle and drive to it. If you’re playing solo, you can also use the ping system to let your teammates know where you’re headed, and chances are they’ll be willing to help out.

Once you get to the tower, you’ll be going up against a group of AI enemies, so be prepared.  There’s always the option of sneaking around them, but if you suck at stealth like me, get ready for a firefight. Thankfully the towers themselves aren’t too hard to miss with the help of waypoints. Once you arrive and either take out or sneak by your adversaries, all that’s left is interacting with the laptop at the base of the tower, and voila — you now have an eye in the sky.

The tower will now reveal enemies — both AI and real players — in your vicinity, so you can better coordinate your next move with new info. Activating a tower might be a risky move at times, but it’s often going to pay off in the long run. Plus, successfully completing the task is going to net you a nice 250 XP, on top of any other XP you’re able to farm off of your nearby enemies.