Look in your journal

Whenever an expansion is released for a game, I kind of panic. Some titles annoyingly make you level up to take on new content, or force you into specific requirements. Ghost of Tsushima Director’s Cut is thankfully painfully simple in this arena: get to Act 2, then access the new zone of Iki Island. Here’s a quick rundown.

So when you log into your game, so long as you’ve gotten to Act 2, you’ll get the prompt to enter Iki Island. Here’s what it looks like: 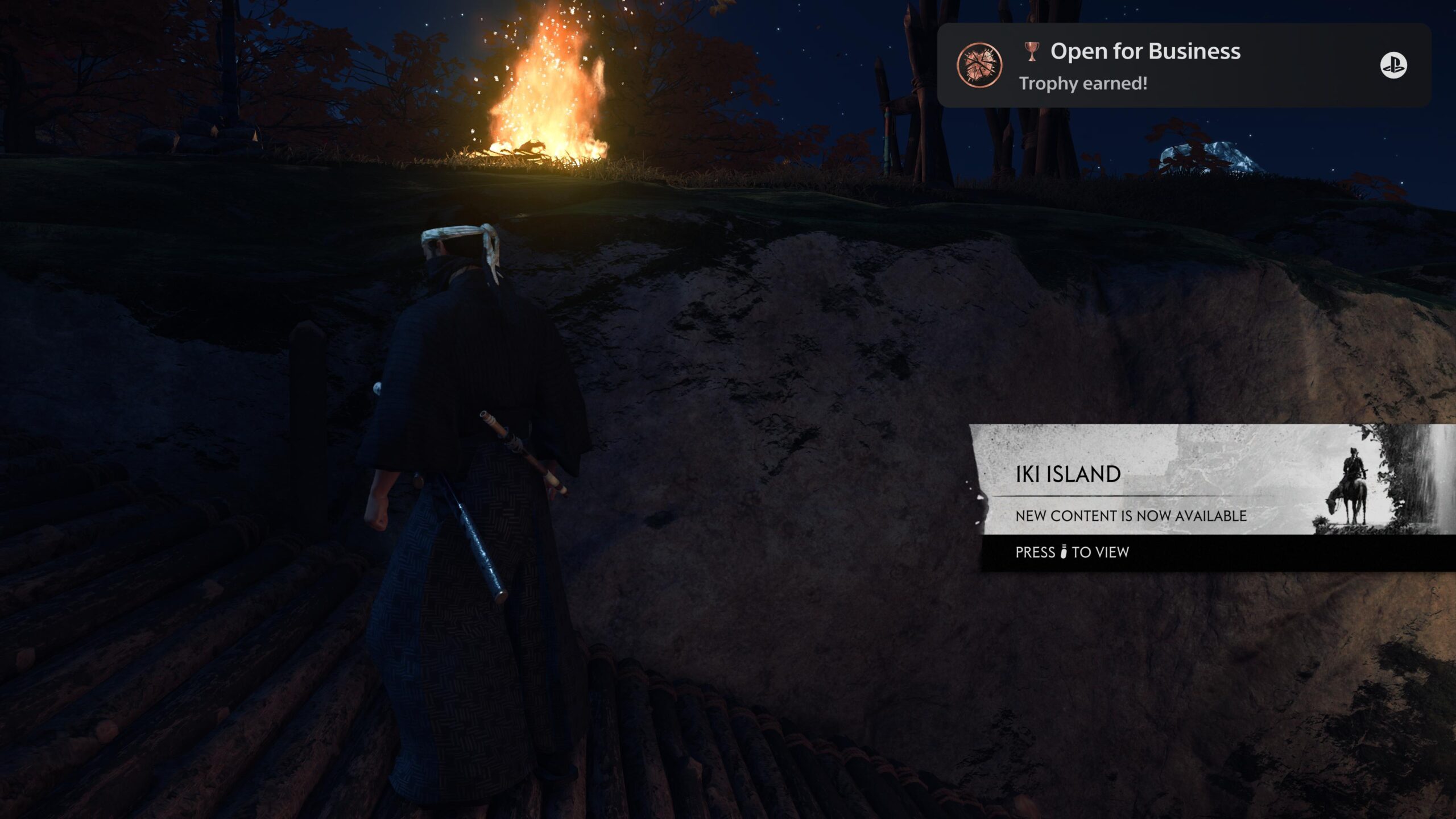 You may have noticed a trophy popping. Yep, this game will do that for a while! Just ignore it while you move to the next step.

So from here, you’ve confirmed that you have the Iki Island content. Go to your journal and find the special heading for “Tales of Iki.” That’s the listing you’ll want to click on. 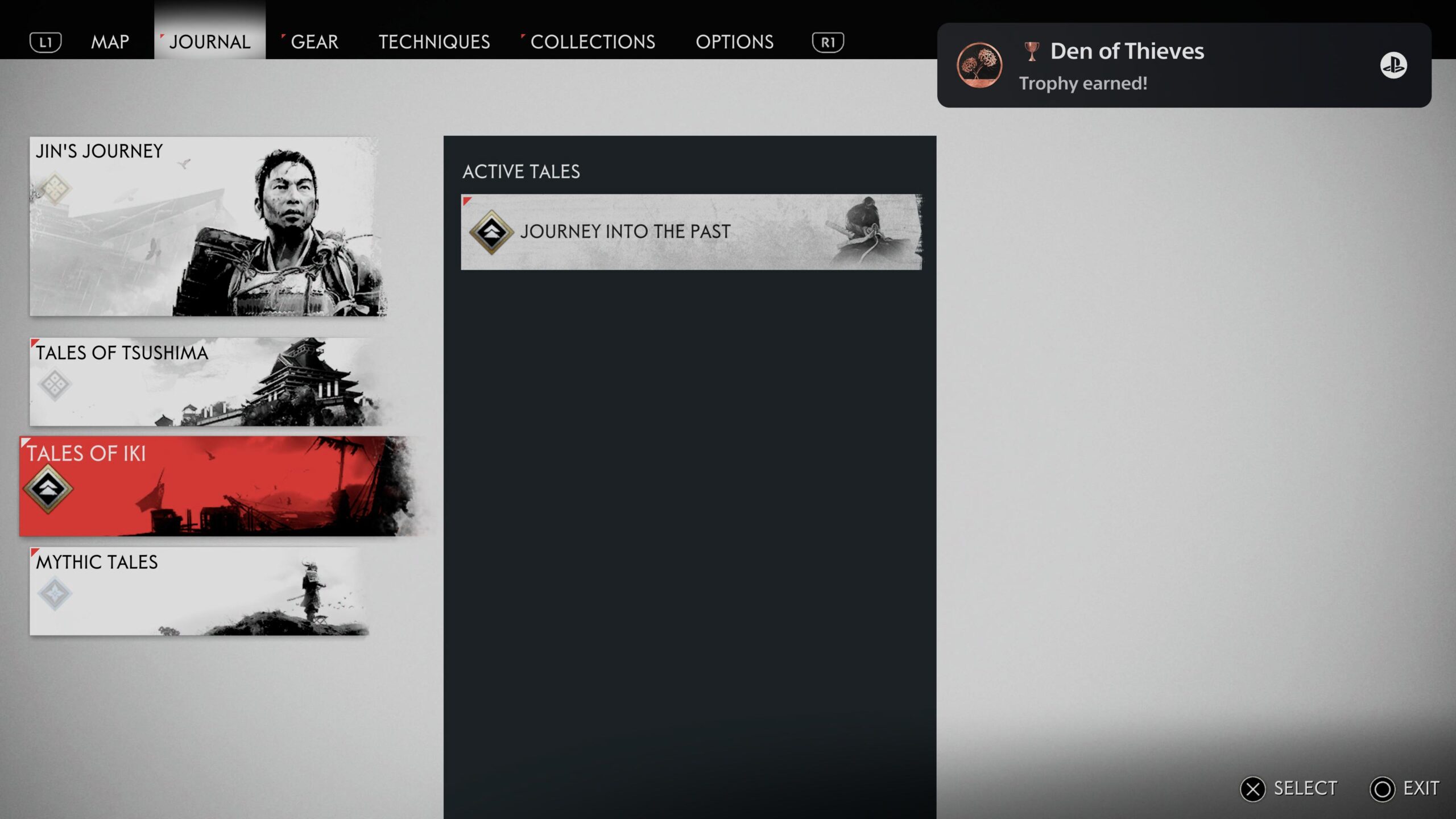 Once you’re there, select “Journey into the Past.” It’s the first quest of the Iki Island line, and actually takes place on the main continent. In case you need a refresher/want to log in somewhere close, here’s the location: 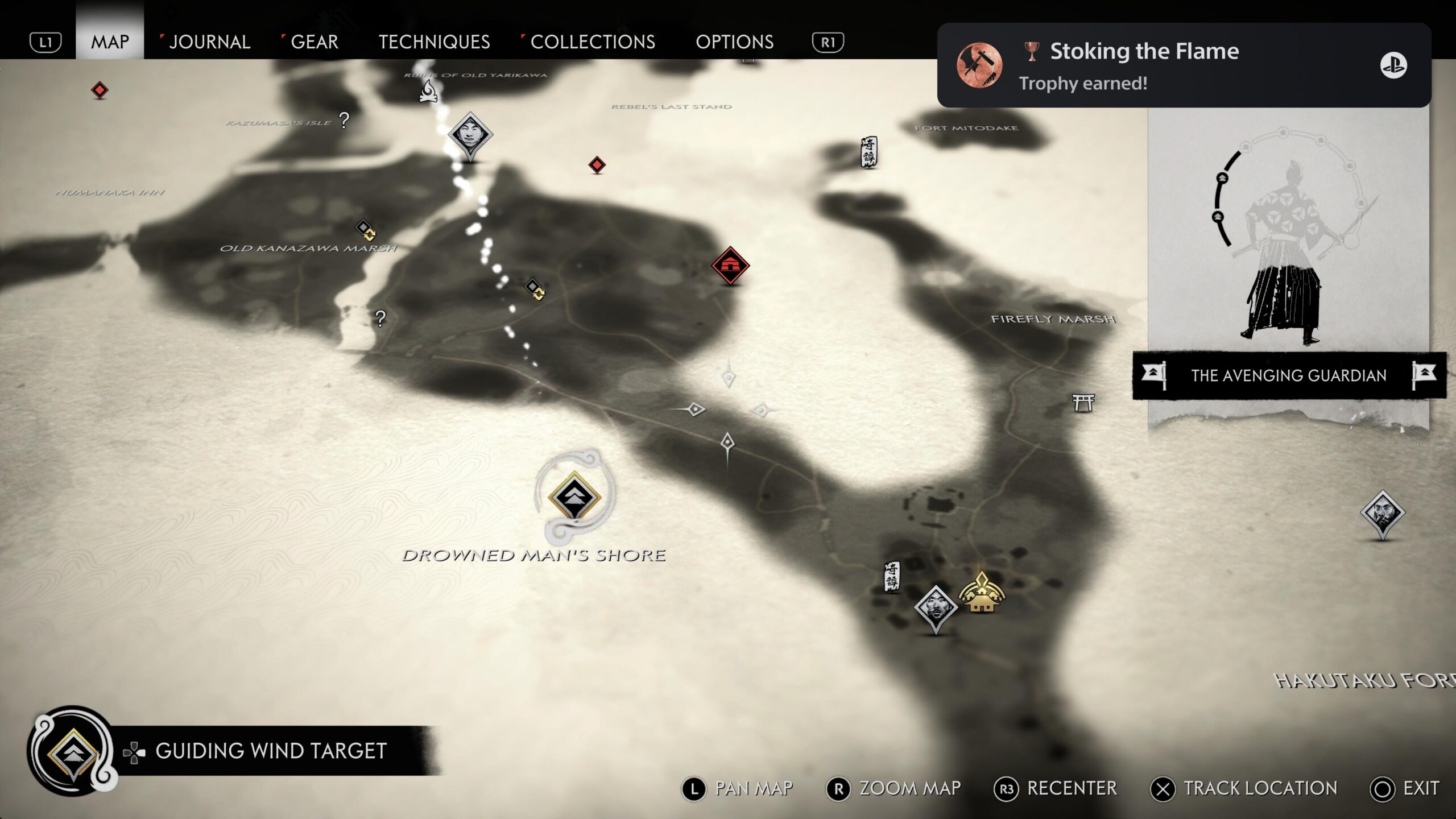 Without spoiling anything, this first quest sets the tone for the DLC, including the introduction of a new enemy type.

After you’ve dealt with the first mission, you’ll get a prompt to enter a boat, which takes you to Iki Island proper. Good luck!

Filed under... #Ghost of Tsushima#guides#PS4#PS5