As someone who grew up among the PlayStation generation, survival horror is a genre I am incredibly familiar with. Although Resident Evil was predated by such titles as Sweet Home and Alone in the Dark, it was Capcom’s PSX zombie thriller that put survival horror on the map, and ensnared many gamers my age.

Resident Evil, Silent Hill and a selection of pretenders were incredibly popular in the last two generations, but in the age of the PlayStation 3 and Xbox 360, the traditional survival horror is all but dead. What happened to the horror? Did publishers just get tired of it, or did pressure from gamers and prevailing trends cause it to self-evaporate, to adapt with the times to such a degree that it effectively committed suicide?

Read on as we ask whether survival horror has evolved itself out of existence.

During the nineties, horror games were all the rage, with Resident Evil and Silent Hill using the negative aspects of other games to an advantage. While fixed camera angles, dodgy controls and clunky combat were seen as problematic in most games, the traditional survival horror took them as a positive boon. A seemingly less demanding public ate up these games with a big spoon, overlooking glaring faults in favor of videogames that could be genuinely terrifying.

Up until the PlayStation 2 era, it was a formula for success, arguably perfected by the brilliant Silent Hill 2. Restricted cameras caused players to fear every step they took, while characters that couldn’t hold a gun steady encouraged players to flee rather than fight. However, like nearly every genre that isn’t an RPG, survival horror’s audience eventually began to demand more. 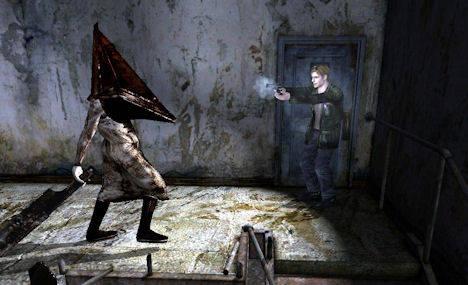 As technology improves, people expect their videogames to be able to evolve, but with the horror genre, where the game’s strength is rooted in “old” gameplay, evolution brings a risk of annihilation. Thus it was that Resident Evil, a game accused in the latter years of the last generation of becoming stale, decided to evolve to survive, effectively killing off the series as we knew it, and bringing us Resident Evil 4.

Resident Evil 4 completely reinvented the franchise as we knew it. Capcom removed the fixed camera angles, claustrophobic environments, restricted combat abilities and lift-truck control scheme, replacing it with an over-the-shoulder viewpoint and incredibly accurate gunplay. In short, the game that brought survival horror its mainstream success completely abandoned the genre.

Make no mistake, RE4 is a fine game — perhaps one of the greatest games of all time — but it is not a survival horror game. It is an action game, a third person shooter. Ammunition is plentiful, and with an enhanced combat ability, the game becomes far less terrifying. Exciting, yes, and even panic-inducing at times, but a perpetual mindfuck experience it is not.

Resident Evil 4 set the stage for the death of survival horror, the tolling of the bell, so to speak. Following that, it was the hi-def generation and its focus on “innovation” that truly begun to kill it. The problem with this generation of consoles is that, simply put, a game like the original Resident Evil simply would not be tolerated. Ever since Resident Evil 4, a true survival horror game is seen only as a step back and with every game desperately trying to reinvent the wheel, step back steps won’t thrive in retail. 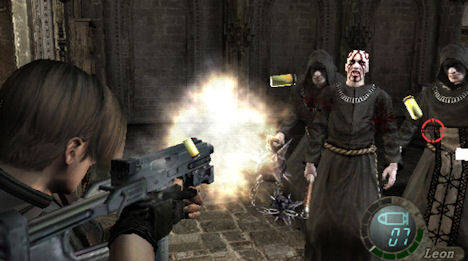 Silent Hill, a game renowned for its disturbing psychological presence, attempted to begrudgingly follow Resident Evil 4 into the light with mixed results. Upon releasing Silent Hill 4: The Room, Konami attempted to mix first person elements and an improved combat system, while maintaining some of the restrictive elements of traditional horror games. The experiment didn’t quite work, and the game, while by no means bad, certainly did not sit well with horror fans.

This continued with the recent release of Silent Hill: Homecoming on the Xbox 360 and PS3. The current-gen debut of Silent Hill has, to be fair, not quite worked out. With an American developer at the helm, Homecoming unsuccessfully attempted what Resident Evil 4 did by turning itself into an action game. Forced combat felt awkward, and turned the game into something that did not terrify, but instead irritate. A series that once garnered almost universal critical praised now enjoys mixed reactions, unarguably a shadow of its former self.

Silent Hill is not a game about combat, but if it didn’t at least attempt to improve the fighting system, the game would have been critically torn to shreds. Thanks to the hi-def era, everything must play as good as it looks, and for a genre where gameplay is intentionally stunted, this generation is completely inhospitable. Because Resident Evil 4 is seen as an “evolution,” anything resembling a real survival horror will only be seen as a step back. 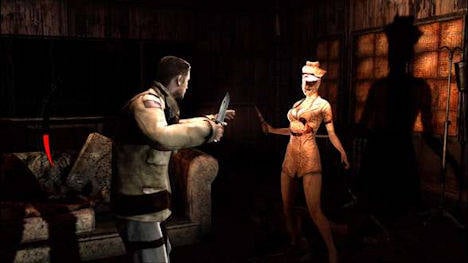 In short, what many call an evolution was, in fact, a destruction. Survival horror has evolved itself to almost non-existence, with only a few titles such as Fatal Frame left holding an ever-shrinking flag. The three main survival horror kingpins have all “evolved” beyond their roots, with mixed results. Resident Evil has flourished with the change, Silent Hill flounders in an identity crisis, unsure of what it is, and the forefather of survival horror, Alone in the Dark, completely and utterly failed in its attempt to reinvigorate itself.

This all begs the question, can a game be like Resident Evil 4 while maintaining the psychological terror that old survival horror games had, AND be critically/commercially successful? So far, it’s not happened. A game must provide the standards that consumers have come to expect, but with improved combat ability comes a decreased amount of fear — the better your in-game character is at fighting, the less you have to worry about. With full camera control, the developer’s ability to frighten you with the unseen is significantly damaged. However, if you sacrifice usability in the name of fear, you’ll simply alienate consumers who have come to expect Resident Evil 4 gameplay as standard.

Basically, it’s incredibly hard to have your scary cake and eat it too. Videogames have reached such a level of intuitiveness that you can no longer make a player feel out of his depth and scared without effectively “ruining” the gameplay. At the moment, the options seem to be to abandon survival horror completely and sacrifice fear in the name of achieving industry standards, attempt to merge psychological horror and action as Konami has awkwardly done, or stick to the roots of the genre and run the risk of brand new gamers failing to understand what you’re aiming for. 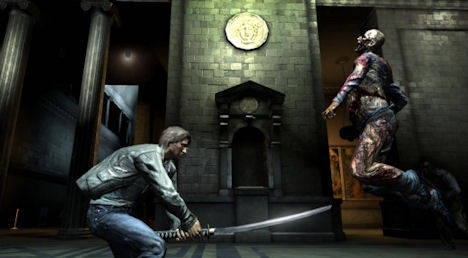 Although such games as Resident Evil 4 are fantastic experiences, there is a little melancholy for those of us who grew up with old school survival horror and remember the terror of running out of pistol bullets while stuck in a room full of zombies, or waiting for a loading screen door to open and throw you into a nightmarish situation. Unfortunately, running out of ammo at a crucial moment would be called bad design in this day and age. Maybe it even was, but it was damn terrifying at the same time.

Who knows? Perhaps one day a new style of play will emerge that can bring back the truly deep horror that more action-oriented experiences seem unable to capture. Maybe a game where combat is removed completely and you have no option but to hide and run from whatever monsters lurk in the dark. Maybe someone will design a protagonist who displays a lack of fighting skill while still making the combat look well designed. Or perhaps that’s something completely out of the box that we can’t imagine yet, and is just waiting to scare the pants off us.

As for right now though, it seems that survival horror has evolved itself out of existence, so determined to live on by moving with the times that it has ironically killed itself off. A shame indeed, but with games that look as fantastic as Resident Evil 5, perhaps it’s a death we need not mourn too greatly.