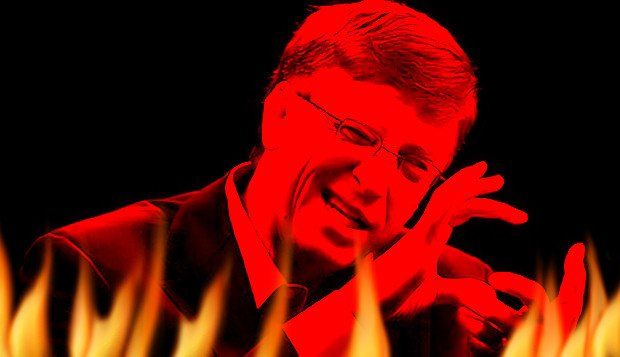 I love my Xbox 360 just as much as I love my PlayStation 3. It’s got a great library of games that I’ve invested a considerable amount of time and money into over the past few years, and it’s a system that will likely still be serving me for some time to come.

That said, in a significant parallel to the PS3, my love for the system seems to come at an inverse proportion to my love for the company behind it. I am of course talking about Microsoft, otherwise known as the poster boy for corporate greed and everything that is wrong with America. Not my words, the words of other people … probably.

Despite bringing out a good console that many true gamers have flocked to, Microsoft has also helped to ruin fun for everybody. Perhaps you don’t believe me, and are preparing to call me a “bias troll that’s trying to get fired” already, but please read the article before making your accusations.

Nobody ever asked Microsoft to get into the console gaming market. In fact, the company’s motivation for doing so wasn’t even out of demand, or necessity, or consideration for the market, but simply to try and stick it to Sony. The Xbox exists to stop the PlayStation brand from succeeding, and MS essentially stuck its big nose into an industry that it didn’t really have any business getting involved with. Now that it’s here, we have to deal with it, but unfortunately Microsoft brought a lot of baggage, especially with the current generation.

The most important bit of baggage is one we all know about by now, the fact that the Xbox 360 is a technical piece of shit, as far as hardware goes. Not even mentioning the red ring of death, the Xbox 360 is home to all manner of technical errors and random crashes. Every major update seems to bring with it a fresh slew of reports from gamers who now have a glorified brick sitting underneath their televisions. Be it red rings, E74 errors, or any other number of things that could go wrong, Xbox 360 ownership has been ruled by one dominant emotion — fear.

I remember when game consoles were associated with fun. Back before systems tried to do more than just allow us to play our damn videogames. One feeling a console should never, ever evoke, however, is fear. People should not be afraid to turn their Xbox 360s on, faced with a grim inevitability that one day it just won’t work anymore. However, this is the prevailing emotion that Microsoft has given to gamers. A dread feeling every time they turn on a 360 and feel that it’s taking longer to switch on than usual. That timid wait for the blessed arrival of lights that flicker green instead of red. That horrible moment when a game just crashes while trying to load, and the scramble to reset the Xbox in the hopes that it switches on again.

Thanks for that, Microsoft! You have really made this generation a care-free and merry one! That alone really annoys me about MS’ arrogant bull-in-a-china-shop stampede into the industry, but there’s more. So much more.

We all know that publishers and platform holders don’t give two square craps about videogames, but nobody seems to make it more obvious than Microsoft. The Xbox 360 platform apparently revels in its own greed, rubbing it in the faces of consumers. Nothing makes that more clear than the fact that Xbox Live is apparently ad supported, even though gamers are charged a subscription fee for the privilege of playing games online.

Far be it from me to tell a business how to run itself. I’m a Libertarian, and thus recognize that Microsoft has a right to charge what it wants, and put adverts wherever it pleases. However, I also have a right to say when a company is being a dick, and to note that just because someone has a right, that doesn’t make what they’re doing right. As a consumer, I am incredibly curious as to what it is that we’re paying for, since Microsoft is raking it in from advertisers and sponsors, not to mention game and system sales, and all manner of microtransactions.

Speaking of microtransactions, why the fuck am I being expected to pay 240 Microsoft Points for a BioShock 2 theme on the Xbox 360, when the PlayStation Network is offering its own theme for absolutely bugger-all? The typical counter to such a complaint is, “If you don’t like it, don’t buy it,” and trust me, I won’t. However, it’s a practical insult to the Xbox 360 install base to expect payment for that which is free on another system. I am gladly downloading the PS3 theme, but the 360 theme can go get fucked.

The whole “Premium Theme” garbage is disgusting anyway. The fact that Microsoft was charging for themes on the old dashboard, up to and including the time when they knew they’d be forcing us over to the New Xbox Experience, is absolutely despicable. People were ostensibly tricked into paying for something that was going to be obsolete within weeks, and Microsoft happily took the cash. Then when the NXE rolled around, the price for themes was changed from 160 Points to 250 Points. This isn’t helped by the fact that NXE themes look like trash anyway.

Maybe it wouldn’t be so bad if publishers had the freedom to make themes free, but they don’t. When Jonathan Blow released a premium Braid theme, he revealed that Microsoft would not allow him to launch it without letting the 250 Point charge stand.

While we’re talking about Braid, let’s also mention Microsoft’s decision to charge 1200 MS Points for the game, just because the publisher knew it could. In a manner similar to what Activision is doing with Modern Warfare 2 in the UK, Microsoft used the hype for Braid to test a new pricing precedent. A few games had been released for 1200 Points in the past on XBLA, but it was Braid that let Microsoft know they could get away with turning it into a regular price. Now nearly every top-tier XBLA game is expected to come out at 1200 Points, when once they were 800.

Part of the problem here, of course, rests on the shoulders of the consumer. Had we not basically told Microsoft that 1200 Points was acceptable, it wouldn’t have happened, but unfortunately Microsoft now has carte blanche to invoke what I like to call a “hype tax” on its most high profile XBLA games. Even though consumers allowed it, there’s still something offensive about a company rewarding gamers for their interest and loyalty by essentially holding a game they want to ransom.

Then there’s just the general stupid shit Microsoft seems to enjoy doing. Like constantly trying to copy the Wii in a transparent and rather pathetic attempt to be as successful as Nintendo. Avatars that were shoved into Xbox Live, don’t really do very much, yet still expect customers to pay for their stupid clothes. Nonsensical, barely-tested casual games like Lips that are given pride of place even though Microsoft’s intended audience isn’t paying attention. Don’t even get me started on Project Natal, and the ludicrous amounts of bluster that MS is putting behind it. Microsoft has made it clear that it wants to be as mainstream as Nintendo, but has given no indication that it knows how to do it, instead trying to awkwardly reach out to a market Nintendo cornered, while alienating the market MS already has.

Please remember, this is not an indictment of the Xbox 360. I love the system. However, the Xbox 360 is kind of like a drunk driver getting into a horrible car crash, then pulling his passengers free of the wreckage and heroically saving their lives. Sure, they’re incredibly grateful for the brave thing he did, but he shouldn’t have been fucking drunk driving in the first place.

For all the good that the Xbox 360 has done, the harebrained men behind it have made sure that this generation for Xbox fans is a generation overshadowed by fear, disappointment and getting royally fucked in the ass.

The sad thing is … it’s really working out well for them.