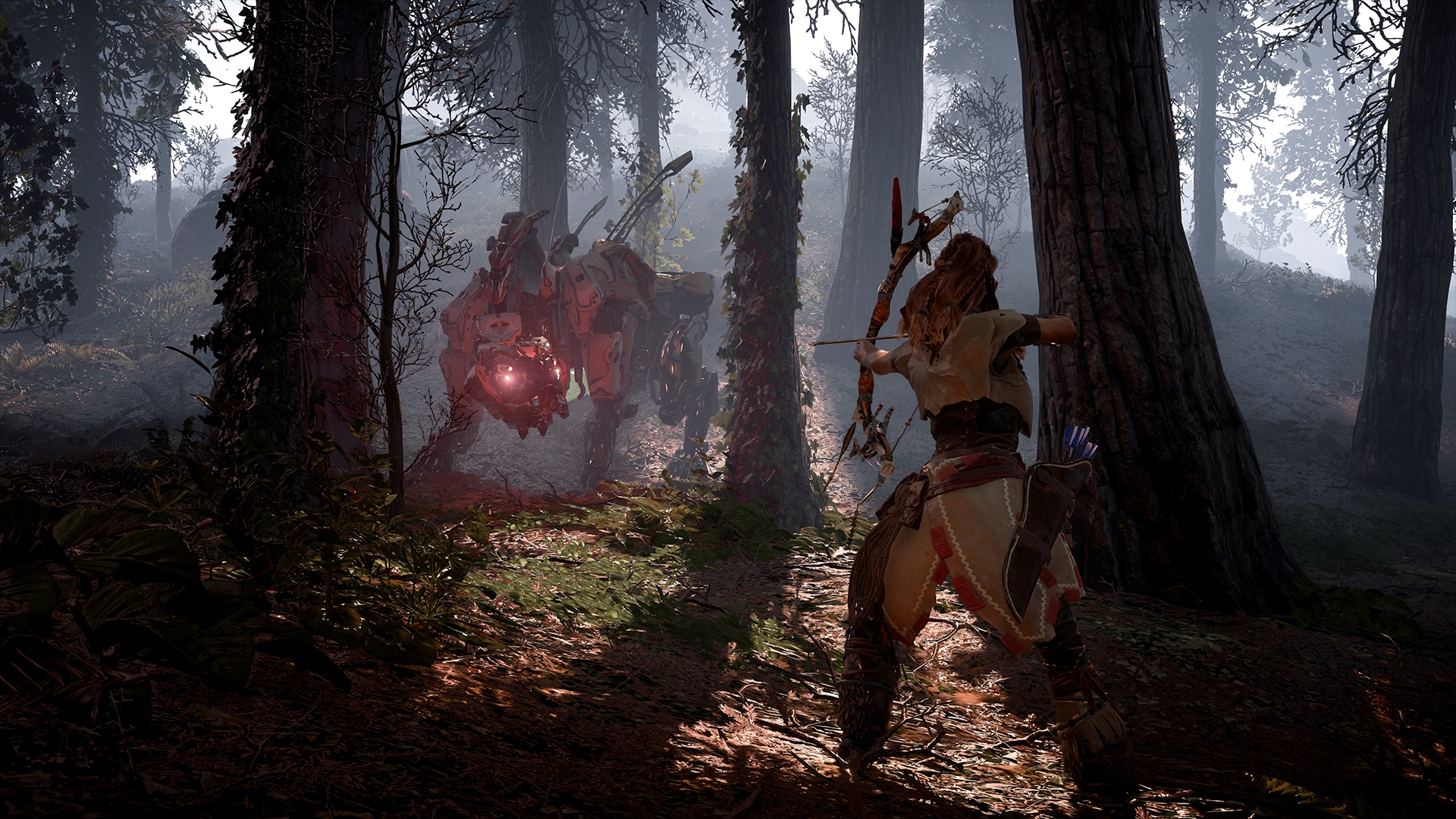 Or, ‘Horizon Hero Dawn’ as I still call it

Sony is content with trotting Horizon Zero Dawn out on stage at every event (including the latest PS4 Pro reveal), even if it’s just another video clip, but it’s surprisingly absent when it comes to general updates. Since it’s due in February of 2017 you’d think there would be more fanfare at this point, but honestly, I’m okay with not having endless levels of hype a la No Man’s Sky.

Still, there isn’t a lot of info out there for it, and I definitely want to gauge how much you guys are digging it thus far. At this point though I trust Guerrilla Games. The Killzone series is hit or miss for me, but RIGS was excellent (as was the Vita Killzone game), and I’m willing to give them the benefit of the doubt. For now, you can enjoy a new batch of screens Sony provided to make a better decision.