Mostly they didn’t come out at all!

Want to feel old? January 2014 was just about one year ago. That’s one whole season of a TV show or a complete Earth’s orbit around the sun. Way back then–I can hardly remember it in the shadow of the god awful year–the Destructoid staff did a list of our most anticipated games of 2014.

And what suckers we were! Most of the damned things didn’t even come out. Chris was right to go with sure-thing Dark Souls II. It would’ve been hard to mess up (or not release). And a few folks who picked things way back in the first Year of Luigi (AL) didn’t follow up for various reasons, but be assured that Patrick Hancock was definitely happy with Super Smash Bros.

It was a weird year of games, though, rife with big-name delays, big-name flops, and lovely games that came out of nowhere to end up being the most fun (like Invisible Inc.) Maybe 2015 will do right by us (or us by it). For now, let’s look back.

For now, let’s pretend I said my most anticipated game was Valiant Hearts. Wow, was I ever spot-on with that one. It’s one of the most important war games ever, and my hands-down pick for game of the year in 2014. Golly, I’m super good at picking these.

Going back and reading about Starbound being my most anticipated game of 2014 almost makes me a little bit sad. The game is still great, and the team at Chucklefish has been doing a fine job providing constant updates on its progress toward official release, but at some point my interest in keeping up with the minutiae just dropped off.

I am still utterly fascinated by the concept, and I could still see myself losing hours to it if I started it up, but at this point I just want to wait until the final release so I can experience the universe it has to offer to its fullest. I am not even sure if the final release is scheduled for 2014 any more. Wake me up when it’s ready. Until then, I can’t dedicate my attention to it as much as I used to want to. It’s not you, Starbound; it’s me.

Unsurprisingly, my choice, Yarn Yoshi, didn’t come out this year. Good-feels take a long time to make. But it did get a new name and a stage in Super Smash Bros. for Wii U. Having revisited the E3 trailer for Yoshi’s Woolly World just now, yep, it’s still my most anticipated game. 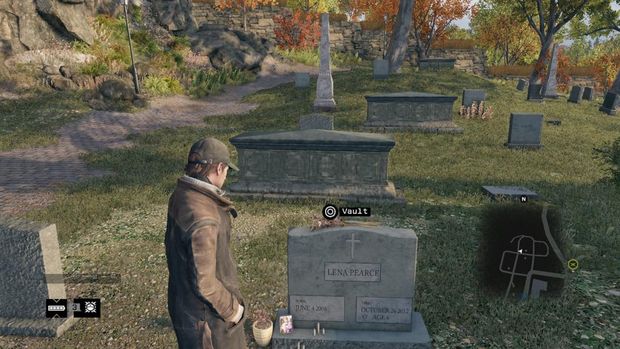 Well, that was kind of a wash, wasn’t it? Watch Dogs wasn’t terrible, certainly, but it didn’t set the world on fire like Ubisoft was hoping. Hell, I haven’t even finished the story campaign yet, and the name “Aiden Pearce” is already a punchline in my mind. That said, the most intriguing parts of Watch Dogs‘ setup, namely its shared-world competitive multiplayer, did hold up to an extent.

It’s a real rush whenever someone invades my game, or I invade theirs, and there’s nothing quite like pulling off a perfect one of the little cat-and-mouse hunts that come from the Online Hacking mode, or acting like a proper NPC to accomplish Online Tailing. If there’s one positive that Watch_Dogs  may be able to leave in its legacy, it’s that its best concepts may at some point come in to populate future, possibly better, Ubisoft games, because that’s just how they tend to do things these days.

I have pestered WayForward about the missed release date of Cat Girl Without Salad for the past year. I have asked them questions like, “Why did you lie to me?” and “Do you enjoy making people feel glad only so that you can later make them feel sad?” In response, WayForward has said things that I can not tell you.

Cat Girl Without Salad is my most anticipated game of 2015. 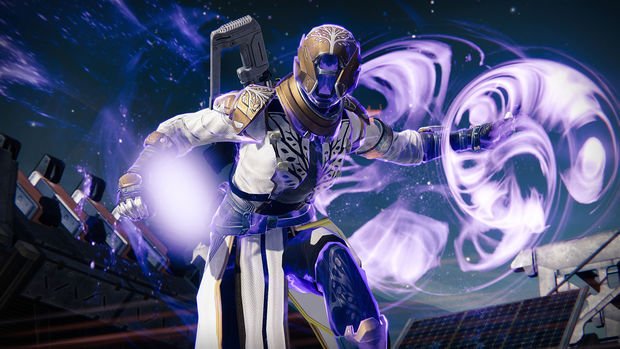 So when we did the “Most Anticipated of 2014” list, I picked Infamous: Second Son as my most anticipated because Brett Z beat me to it when he called dibs on Destiny. Not knocking Second Son of course, it’s just really difficult to talk about how a game turned out when you only manage to work through the first two hours. What I did play a lot of, though, was Destiny.

Oh boy. What’s left to say of this game that hasn’t been already between all the reviews, Reddit posts, and parody Twitter accounts. Destiny was not a terrible game of course, but it was a deeply flawed one. Where we were promised a rich lore, we got 343 Dinkle Spark talking through a nonsensical narrative. Where we were told each weapon and armor piece would have a unique player story behind them, we got the endless grind for Strange Coins, hoping that Xur would have something good for our class. The latter touches on my biggest issue with Destiny, the endgame.

Amidst promises of “the real game” starting after level 20, all that was waiting was a hamster wheel loop of grinding through the same missions, praying for that one good drop. Destiny has no postgame, just a grind that demands more than most modern MMOs, and no content to make the grind make it feel like anything but. I pushed my Warlock to level 25 and my Titan to 22, so it’s not as if I didn’t give Destiny a chance. Looking back at it, I just wish I would have given Second Son some of that time. 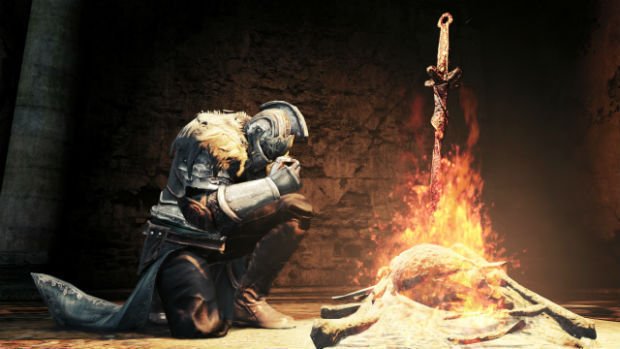 The anticipated follow-up to From Software’s Souls legacy was pretty much everything I wanted. While there were a few nasty tricks like tracking on some bosses, the actual environments were true to the series and, as always, the combat and itemization aspects were incredibly deep. There are too many memorable zones to count, and I can still map them out in my head as I type this.

The new directors  Shibuya and Tanimura did right by Miyazaki, and even the three DLC bits were good in their own way. While I’m expecting a bit more variety from the next chapter, I’m happy to add Dark Souls II to my replay list for years to come right alongside of the other two Souls brothers.

Not a damn word. Not a even a, “hey, how’s it going?” phone call all year. I joked about waiting on word from Gravity Rush 2 to save a middling E3 (eventually saved by Metal Gear footage and Alien gameplay). I was actually let down to see nothing at Tokyo Game Show 2014 (it was announced at TGS 2013). By the time PlayStation Experience happened, I stopped getting even mild hope up.

There is a pulse. A mild blip of “this game is still being developed.” Gravity Rush 2 is the fluttering eyelids of a comatose system and with last week’s reassurance comes a doctor telling you, “don’t get your hopes up yet,” we don’t know when it’ll come out of this. Could be years. RIP PlayStation Vita.

I guess the good thing is that we can recycle half of last year’s entries for “Most Anticipated Games of 2015” next month.

What were you looking forward to in 2014? Did it actually come out? Was it everything you ever wanted, setting your heart a flutter? Are you now planning the perfect Roadhouse theme wedding with it? Just make sure you do not tell me what you’re anticipating in 2015. I will upload another post for you to do that in. Please understand.