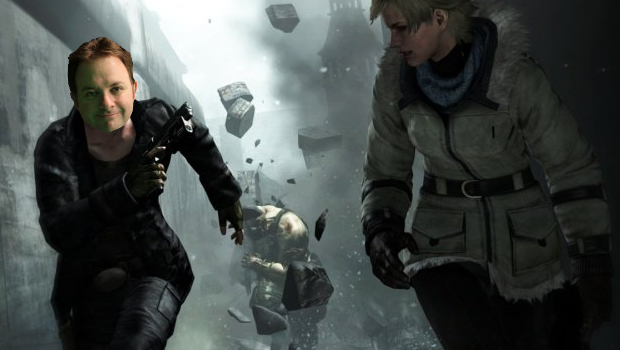 What I love about David Jaffe is that he’ll answer questions and damn the consequences. He was asked by one gamer how he’d fix Resident Evil 6, the polarizing action game that’s received a famous critical mauling. He shared his view in no uncertain terms.

“CHOP THE DEVELOPMENT BUDGET,” he said on Twitter. “Give a small, hungry, visionary team 3-5 million bucks, make a 2-3 hour digital only game and put the money into paying for a creative way to reinvent the genre. Hell, if I was not doing what I was doing now you can BET I’d be out on Kickstarter trying to raise 400-700K for my take on a super low budget horror game with the goal of making the SCARIEST game of all time!”

He had an alternative idea, too. Let it not be said that Jaffe won’t cover all the bases …

“If you are going to compete with the big boys then fucking show up and play serious. Get a AAAAA developer or build one, spend the money, and call it a day.

The former Eat Sleep Play director did confess to having not played the game himself yet, but used his development knowledge to pinpoint the issue. He also stated that finishing and shipping any sort of game was an accomplishment in and of itself, so he has no intention of bashing the team that worked on the title.

Really, Jaffe’s financial advice works for most “AAA” games these days. The budgets are escaping the sensible means of the publishers, and it’s hardly surprising they’re all terrified of risks and untested ideas. When you have a massive budget and 600 developers working on one game, I don’t see how it wouldn’t result in chaos fueled by terror.

The old adage about too many cooks may be corny, but there’s some merit to it.