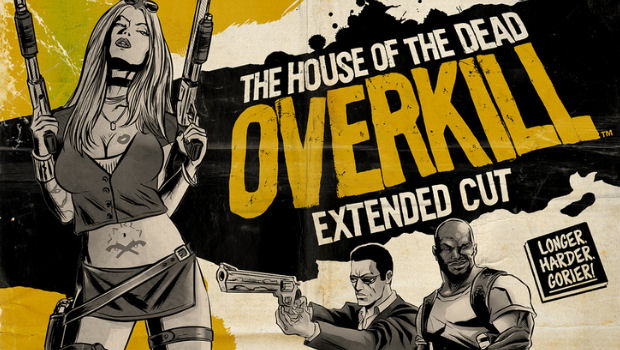 The new version of SEGA’s lightgun zombie shooter House Of The Dead: Overkill has been refused classification in Australia, effectively banning it from sale.

“A game banned in Australia? Is it lunch time already?” is probably what you’re thinking. But the banning of the upcoming Extended Cut highlights a few confusing aspects of the Classification Board decision. The game would have presumably fallen under the new R18+ rating, which is set to be applied later this year. The original Wii version of the game was released unedited in Australia in 2009 but this new version has been banned today due to “high impact violence.”

As the board report states:

The game contains very frequent, unrelenting and detailed violence accompanied by copious blood and gore detail inflicted on zombies and mutant beings. The player can use a variety of weapons including a crossbow that causes the zombies/mutants to explode on impact as well as handguns, hand cannons, machine guns, mini guns and assault rifles that may cause decapitations, dismemberment and blood spray. The “Hardcore” game mode allows the player to play in a manner that exceeds strong in impact engaging a headshot-only mode which results in frequent, detailed blood and gore as the zombies and mutants heads explode into bloody pieces that spread around the environment and onto the screen. The game also contains an “Extra mutants mode” which increases the amount of mutants the player must kill to proceed, resulting in an increased intensity and frequency of violence. In addition the game contains a baby mutant that jumps onto the screen and explodes into bloody chunks when killed.

Considering the reasons for the banning, it’s strange that Deep Silver’s upcoming Dead Island (zombie violence) and EA’s Dead Space 2 (necromorph babies) were both classified at an MA15+ rating with no edits. Similar levels of violence are apparent in House Of The Dead, and yet it was banned.

SEGA has already stated it will appeal the ruling and hope to have the game released unedited. It was originally set for release in October.

House Of The Dead: Overkill Extended Cut banned down under [Gamespot Australia]

Filed under... #Australia#Censorship#House of the Dead