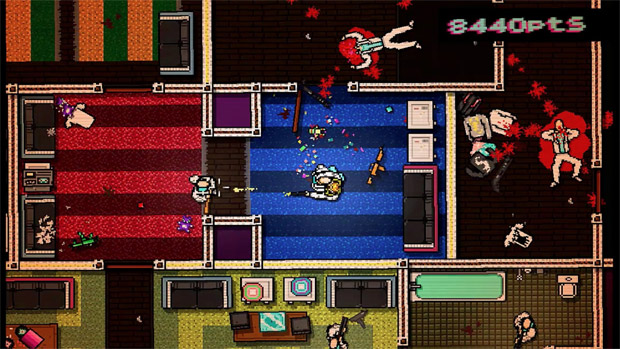 A map editor is being looked into

Despite hearing many positive things about Hotline Miami, it wasn’t until I actually got my hands on it that I fully understood what makes the game so worth playing from start to finish. Truly this is one of those titles you need to take a chance on. If, like me, you’ve completed Hotline and are dying for more content, Dennaton Games has shared some good news on that front.

Speaking to Eurogamer, Jonatan Söderström says that “We don’t want to reveal too much, but it will probably have more playable characters than the first game did. And a couple of different stories and angles.” Dennis Wedin adds that “A lot of of people have been asking about a map editor to build their own stages, so we’re looking at if it’s possible to do that.”

“I think we’re going to do quite a big project,” Söderström says of the DLC. “It will probably be about as long as the full game, so probably we’ll charge something for it. It will be like a sequel kind of, but building on the story.” He suggested this might take “four or five months,” but that the duo isn’t entirely sure at this point in time.

Rounding out this feel-good info, the possibility of a PlayStation Vita version of the game was brought up. Söderström responded with “I can’t say much about Sony because I frankly don’t know how likely it is. Maybe 50/50.” Hotline Miami‘s levels are structured so perfectly for handheld gaming — I hope they can make it happen.

The creators of Hotline Miami on inspiration, storytelling and upcoming DLC [Eurogamer]

On a semi-related note, we never posted about the game’s launch trailer, which is very much worth watching. I seriously can’t get enough of this right now, as if that weren’t obvious enough already. To think, I had almost no interest prior to actually sitting down and playing.