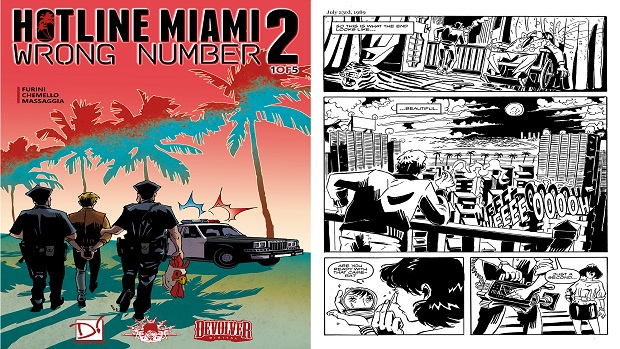 Get your murder on with pictures and words!

The free, five-part comic series digs into the backstory of the brutal events of the first game and introduces some of the new playable characters and factions that will appear in the gore-encrusted sequel, due to release in Q1 2015.

Each comic is viewable in the application on Steam and readers can turn through the digital pages as select music from the game’s soundtrack plays in the background. The remaining three issues will be updated to the application leading up to the release of Hotline Miami 2: Wrong Number.