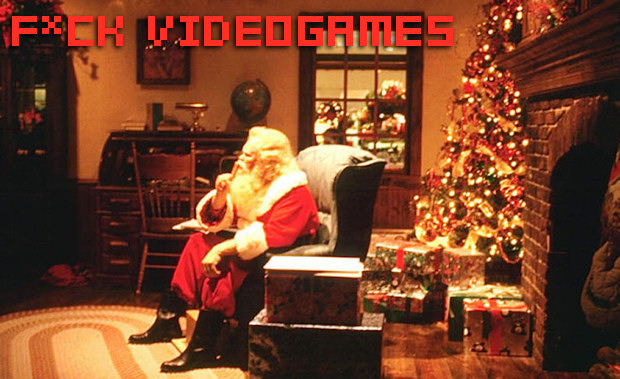 Videogames should be a part of every Christmas in a spiritual, traditional, and legally-enforced sense. Unfortunately, however, our letters to the United Nations demanding that anybody not playing a videogame at Christmas should be executed have been ignored, and it has allowed one Scottish hotel to ban gaming during the season.

Don’t worry, hotels don’t yet have the jurisdiction to ban all videogames in the world. It’s just banning them within its own walls, because it believes that gaming isn’t a part of “traditional family values.” The hotel will ask guests not to bring videogames into its establishment. If they do, Santa Claus will die of cancer.

“As a father-of-four, I’m well aware of the role that computer games play in youngsters’ lives and they undoubtedly have a place,” says managing director Steve Leckie. “However with Christmas holidays being the ideal opportunity to spend quality time with our families, we’re asking our younger guests to set their consoles and games aside for just a few days of the year and, instead, sample some new activities which they may never have tried before.”

Seriously. Santa. Dead of cancer. Arse cancer. Do you want that on your conscience!?