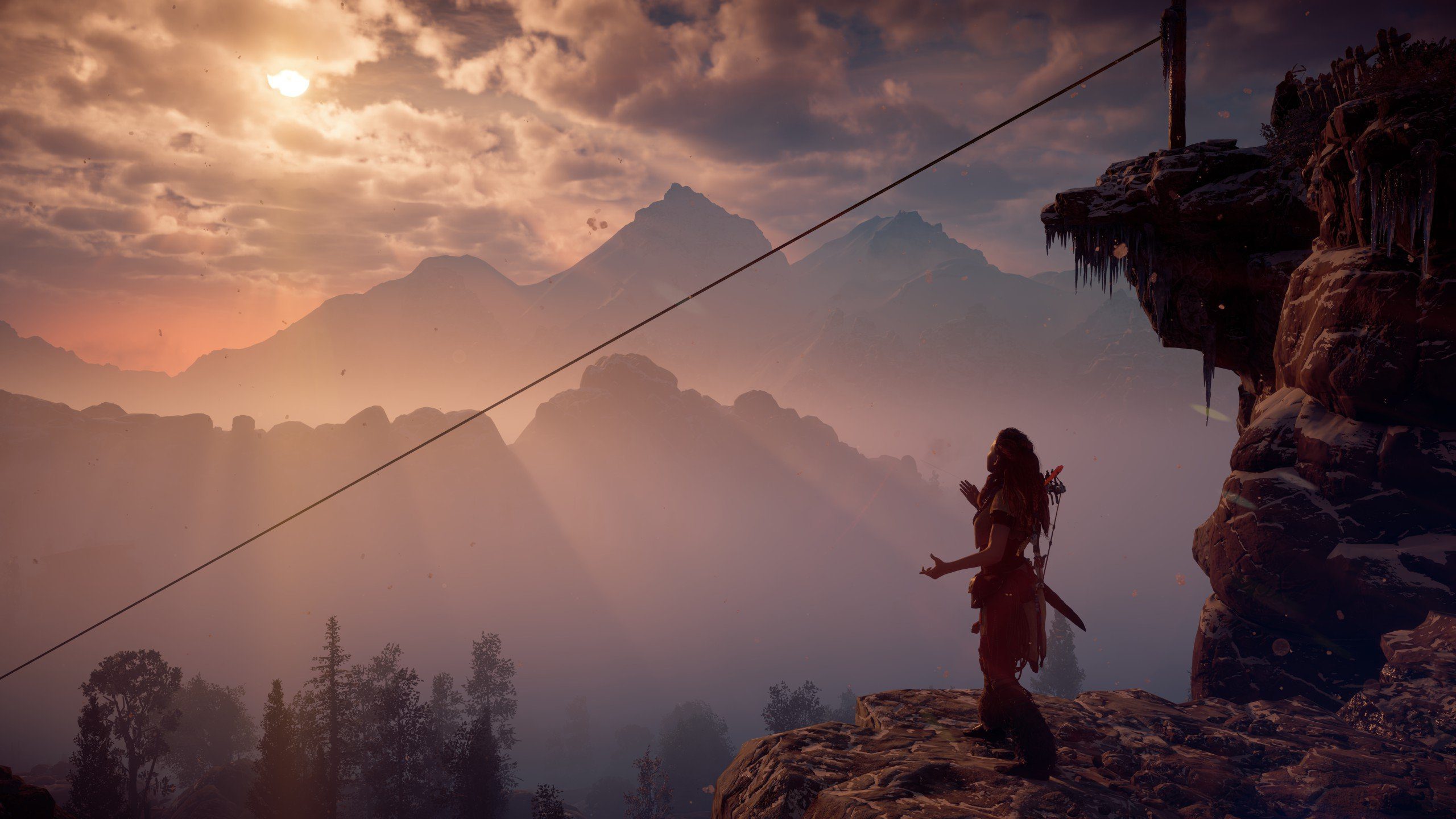 With the sequel on the way, now is a good time to dive in

It’s hard to believe that Horizon Zero Dawn is over three years old at this point, but Sony has so many great new IPs this generation, it’s hard to keep track of them all.

Bringing Horizon Zero Dawn back into the limelight makes a whole lot of sense given that we’re getting a next-generation sequel, but it’s the way that Sony is doing it that is so noteworthy. Horizon Zero Dawn is a first-party title released by Guerrilla Games and published by Sony Interactive Entertainment. Yet, it’s coming to PC via Steam.

We’ve seen this sort of ubiquitous platform-proliferation from the likes of Microsoft and Nintendo, but for Sony, it’s much rarer: especially for a AAA release. I hope they do it more often.

After booting it up initially, there’s a quick run with an optimization tool at the start, which takes around 10 minutes. Then you’re off to the brief unskippable intro: the only unskippable cutscene in Horizon Zero Dawn.

Your PC options are roughly par for the course. All of the base PS4 options are back, including the chance to tweak the difficulty setting at any time, as well as quest pathfinding and a few other cosmetic or HUD options. Controls are fully customizable, and you can find a full layout of the keyboard and mouse setup here. As far as PC-centric display options go, you can roll with up to 3840×2160 resolution (though cutscenes will be presented in a 16:9 ratio), toggle the field of view (FOV goes up to 100 degrees here), and unlock the FPS.

You can also opt for adaptive performance FPS, which will adjust the rendered resolution dynamically to hit a target framerate and works like a charm. Thankfully, monitor swapping is enabled by default in the options menu. Individual visual toggles can be used as well in case you’re running into performance problems (shadows and occlusion are usually the go-tos to shut off here). You’ll want to spend time tweaking your FPS and visual fidelity to your liking, because Horizon Zero Dawn is still out-of-this-world pretty.

The PC edition supports native 4K, with the option to go for 60FPS if your rig can handle it. There’s a few known bugs. Anisotropic filtering is glitched, there is some stutter and a few animations are rendered in 30FPS. If you want your PC experience to be absolutely perfect, you might want to wait on a patch. To me, these are pretty small issues that I barely noticed.

It was a joy getting to experience this game and its universe again, warts and all. For every amazing vista and unique enemy design, there’s a rote mission parameter or a bloated open world objective to come across. Figuring out the little puzzles of how to kill each enemy is a blast until it becomes tedious. This game’s version of Detective Vision is also just as boring as it was at launch.

It’s an interesting AAA ride though, and worth experiencing if you haven’t already. Many of you will be able to hand-wave some of those issues (and sometimes hokey plot elements) as you get further sucked into the world that our protagonist Aloy inhabits. There’s a lot of reviews out there to read up on at this point if you’re concerned about the content!

Having played through Horizon Zero Dawn on PC, my view of it hasn’t changed since I first played it in early 2017. There’s a lot of open world bloat present, but when it works, it works. And man is it still beautiful, especially on PC.

[These impressions are based on a retail build of the game provided by the publisher. 8.0]