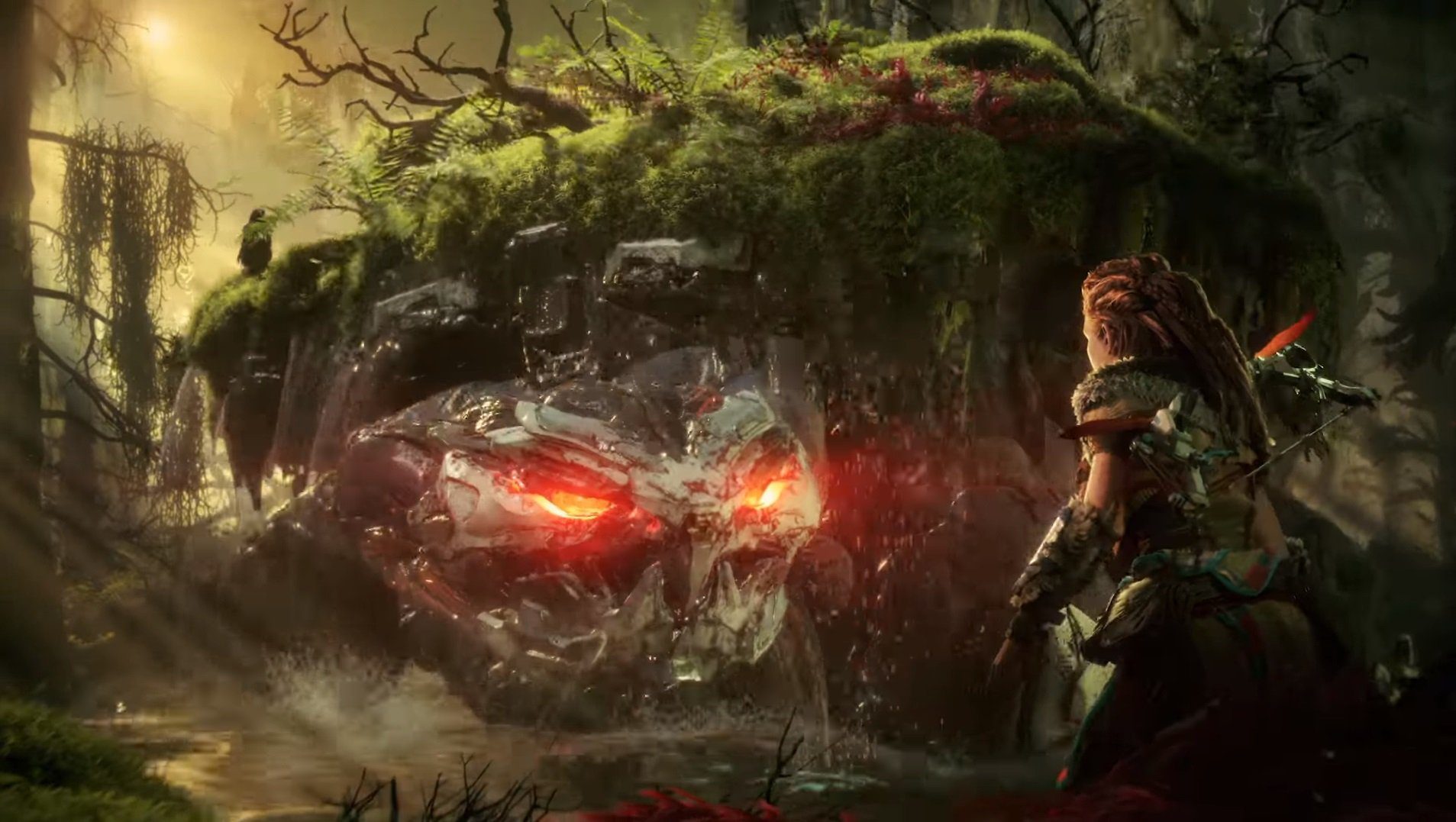 But there’s a lot more in the way of interesting details in this quick developer video. For instance, director Mathijs de Jonge explains that the world is “a bit bigger” than Horizon Zero Dawn but that there are “virtually no loading screens.” The PS5’s SSD means that fast-traveling across the map will be almost instantaneous.

There’s also a vague overview of the overarching conflict. A hostile tribe has found a way “to override machines and use them as beasts of war in combat.” At the same time, there’s a red blight that’s killing the land and collapsing the biosphere, which is also causing massive and volatile storms. Everything in this game is very dangerous!

I’ve mostly summed up everything in the video, but you should watch it for yourself just to get a glimpse at all the mecha-creatures. I can’t get enough of these things, especially the chunky moss turtle.