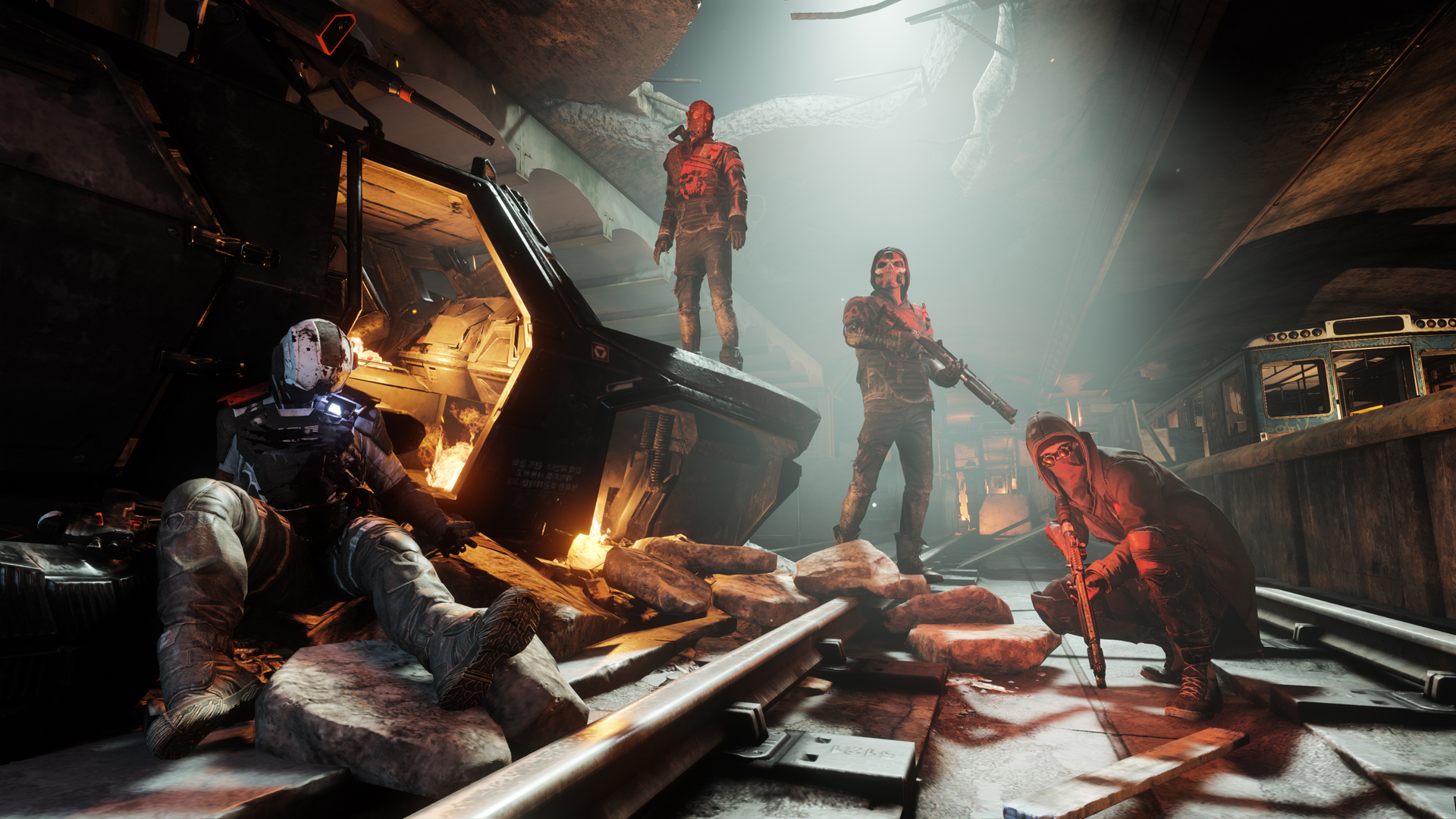 After being detained for four months

Without much fanfare, a single-player add-on for Homefront: The Revolution has released. It’s called The Voice of Freedom, and it features most-wanted freedom fighter Benjamin Walker as he does revolutionary-like stuff.

Also, Walker and his homies dress up like Suicide Squad rejects:

Giggle-inducing garb aside, this is Homefront: The Revolution‘s first “major” story DLC. The game released four months ago now, to mostly middling reviews. At least two more single-player add-ons are planned, as outlined in the season pass. This one runs $5.99.

While we haven’t given The Voice of Freedom a go, initial Steam reviews indicate that’s it’s a very short expansion. Not Arkham Knight short, but likely somewhere around an hour long. Some people will surely welcome a linear chapter that sounds like it mostly ditches open-world trappings.

This probably isn’t the cadence at which season pass owners wanted to see more content come out. Four months might as well be four years as far as video game releases go. But, Deep Silver and Dambuster Studios have seemingly been committed to fixing some of the core game’s issues. According to Eurogamer, the 1.08 patch resolves major technical shortcomings on consoles.

Not to excuse the condition the game initially released in, but it’s commendable that resources were devoted to improving things. It would’ve been easier to simply not do this work; Homefront: The Revolution‘s legacy was mostly already written anyway. For those few who are still soldiering on and fighting the good fight, The Voice of Freedom is waiting for you.

Homefront: The Revolution – The Voice of Freedom [Steam]