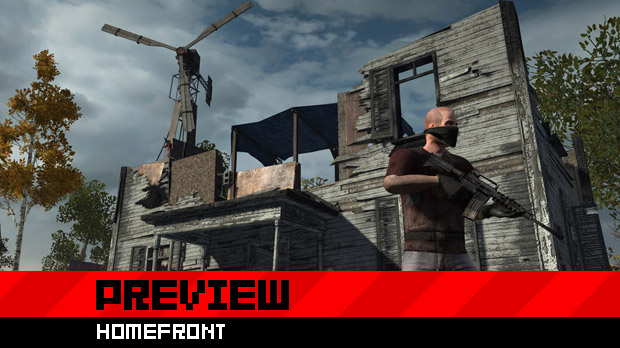 THQ’s first-person shooter Homefront is a couple weeks away and I was recently given the opportunity to play through a big chunk of the single-player campaign. Our preview consisted of the opening three missions as you are enlisted into the ranks of the Resistance, fighting against Korean occupation forces in suburban Colorado.

One thing is made completely clear from the outset of the game: You are meant to hate the Korean People’s Army. Their purpose is intended to be greater than mere obstacles to be overcome on the path to victory, one set of cloned enemies after another (though that does make them easier to hate). They are presented as the embodiment of evil, cruel monsters that exist only to subjugate, exploit and destroy. Kaos Studios seems willing to do just about anything within the realm of possibility to make this happen. 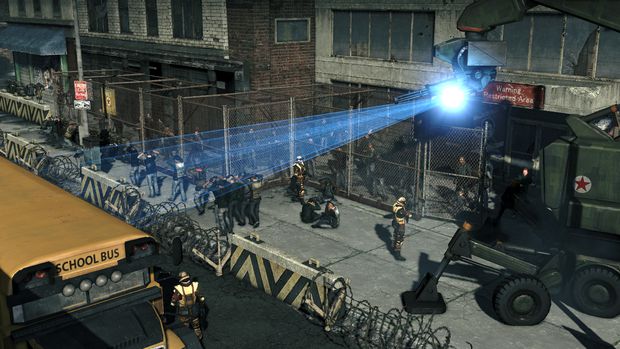 And they waste no time whatsoever. You are graciously given a few seconds to get a handle on movement and look speed before the Koreans break down your door and give you a lecture on patriotism. Not a good start and it doesn’t get better as they drag you out to become a prisoner. Stuffed in a bus, helpless to do anything but look around, a little performance plays out. In this time, you see the following things:

That is the first four minutes of the game. While things may look up for you when you manage to escape from the bus with the help of a pair of Resistance members, the image of your Korean oppressors never seems this rosy again.  They will assault civilian settlements seeking out Resistance fighters and then blame the same fighters for civilian casualties on state-controlled radio broadcasts the next morning. By the time you witness a front loader dumping a dozen or so corpses into a mass grave it hardly even registers, yet Kaos still manages to push the envelope further.

These opening missions of Homefront are over-the-top in a way I haven’t seen since the last time the United States actually had a openly antagonistic relationship with a Communist superpower. And it’s still subtly effective even when you see it for the propagandist material that it blatantly is, resonating in spite of reason. A sequence which finds you hiding in the previously mentioned mass grave was a very tense experience and I caught myself gripping the controller lest the Koreans find and kill me. I know this happened, yet it sounds so stupid when I read it here. Silly to think that while I groaned at the audacity, I did it under my breath. 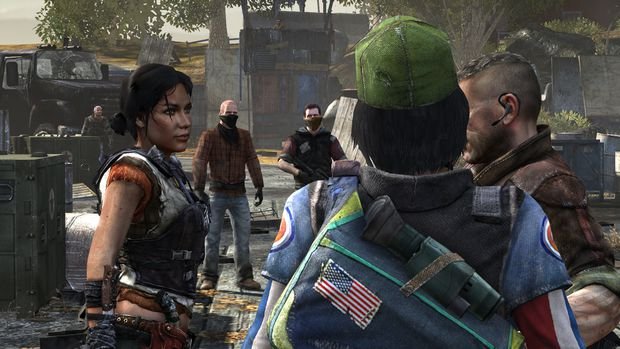 The Resistance, for the most part, is the embodiment of wholesome American virtue and can-do spirit. The closest thing Homefront early chapters have to a morally gray area is Connor, one of the Resistance fighters who seems like he was probably one bad relationship away from a killing spree before things got nasty on the mainland and gave him the excuse. Meanwhile Rianna is so virtuous that she begs you to put burning Korean soldiers out of their misery with valuable sniper ammunition.

The first three missions have an excellent ebb and flow to the action which feels chaotic but never overwhelming. Scripted events ratchet the tension up with both massive explosions and slowly marching troops. On Normal difficulty, the AI made decent use of cover and had a fondness for grenades while ammo was generally available. I found it to be a fair match for me, though most experienced FPS players will probably scoff at the challenge on less than Hard mode.

Homefront is a little bit absurd, no doubt. But it’s a good kind of absurdity, or at least an entertaining one.