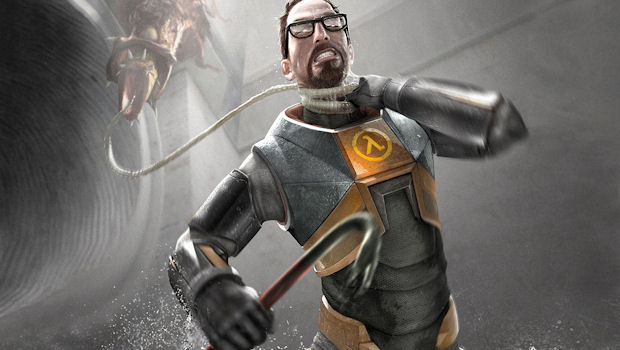 We’ve been chatting to Kaos Studios’ Dave Votypka about the upcoming THQ-published game, Homefront. The studio has stated before that Valve’s Half-Life 2 is a big inspiration for the game, and we wanted to know how deep that inspiration runs.

“For me personally, Half-Life 2 is probably the best overall shooter experience made to date,” he says. “I view entertainment as escapism, and that can take many forms, but being able to step out of our everyday existence into an alternate world for a little while is magical, whether it’s with a book, a movie, or a game.  The games I most enjoy playing, and creating, are ones that create a compelling game world that focuses on supporting immersion as much as possible.

“Half-Life 2 created, what I call, a world reminiscent of the book 1984; and the techniques they used to deliver it supported immersion and escapism into their world more than any other shooter has.  Their no cutscene approach was a huge part of this, never pulling the player out of their cognitive immersion, which so many games often do with various interruptions.  Seamlessly transitioning between combat, story and character moments, goes a long way towards maintaining immersion.”

He goes on to talk about how Homefront is learning from Half-Life 2: “With Homefront, the occupation USA setting provides us with the opportunity to create a deep game world; one that can be very interesting to escape to and experience.  Therefore, we wanted to maximize player immersion with our world, and we drew inspiration from what Valve did with the techniques they used to deliver theirs.

“That said, we’ve put a large focus on environmental narrative (what you see tells you its own story), having civilians throughout most of the game and seeing how they are affected by the cost of war, as well as allied character depth and development (emotions and human flaws).  By letting the game world drive the ideas in these areas, one of the results is what we call “why we fight” moments, where the player experiences all of the items above during gameplay, and as a result has a much stronger emotional connection and reason to pick up the gun.”

Sounds good to me. Very few would argue that Half-Life 2 isn’t a bloody great first-person-shooter, and any game that aspires to its lofty goals deserves all the encouragement it can get. That said, do you agree that HL2 is the peak of the shooter genre? Let us know!