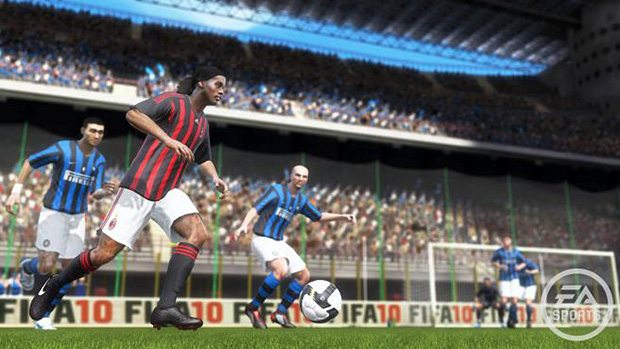 While it’s true that about 100 million people watch the Super Bowl every year, soccer is easily the world’s most beloved and most watched sport. Madden might be tops in America, but EA Sports’ FIFA series far outstrips it in overall sales — because people outside of this country buy it. The latest iteration in the franchise was FIFA 10, which launched in early October everywhere except for North America.

In the four months since its release, FIFA 10 has sold an astounding 9.7 million copies worldwide across all platforms. Let me break that down for you: on average, that comes out to more than 75,000 sales per day. That’s a hell of a lot of folks in their living rooms yelling “GOOOOOOOAAAAAALLLLLLL!”

FIFA 10 received high praise from critics — it holds Metascores of 91 and 90 on PS3 and 360, respectively. And obviously, that has translated into a boatload of units moved, so while EA might be conservative in their forecasts for the rest of their 2010 fiscal year, they’ve at least got something to be ecstatic about.