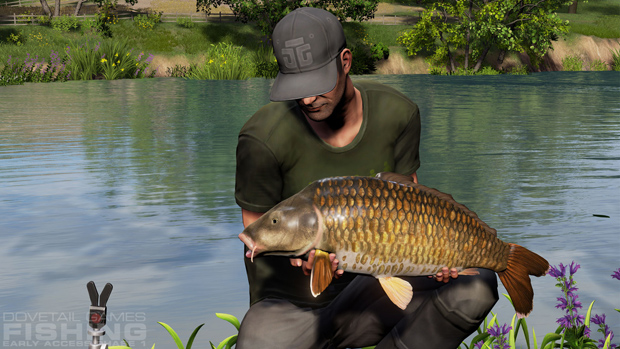 The makers of Train Simulator have released their next project, a fishing sim, on Steam Early Access. It caught my attention for a few reasons, the first being that the game is way cheaper than I was expecting. Here’s why: this initial build of Dovetail Games Fishing is only $6.99 but as more features are added, the price for new customers will increase. Ahh.

With that said, the current game up for sale is in a bare-bones state. There’s physics-based casting/reeling with tutorials, challenges, and leaderboards, but what you’re trying to catch are “simple practice fish” that are randomly generated and seem to serve as simple targets more than anything. Realistic fish AI will arrive in the next major update before the end of the year.

This line on the Early Access page sums up Dovetail’s strategy: “Players should expect an experience that increases over time but that may be unsatisfying, frustrating, or disappointing to begin with. We will only move development of new features forward once we and the Early Access community are happy with the results of the previous stage.”

TL;DR: look at that fish!