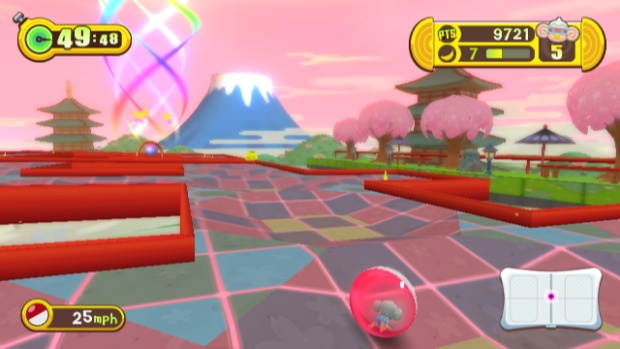 Monkeys! I think that for most people Sega has them sold on Super Monkey Ball right there, but the fact that they’ve been routinely releasing quality Monkey Ball games one after another helps out a lot too. The next game in the series, Super Monkey Ball Step & Roll, will be using the Balance Board to place you inside the monkey ball itself and give you full rolling action, but that isn’t what is important here. Monkeys are what is important.

Thanks to the PR folks at Sega you can now use monkeys to wish your friends and family a Merry Christmas. What better way to do this than to send a card with festively dressed monkeys? If Christmas cards aren’t enough for you then there’s a new video of gameplay up above and news screens down below. The game doesn’t land until February so don’t dust off the Balance Board quite yet, but you can start staring at it with intent.