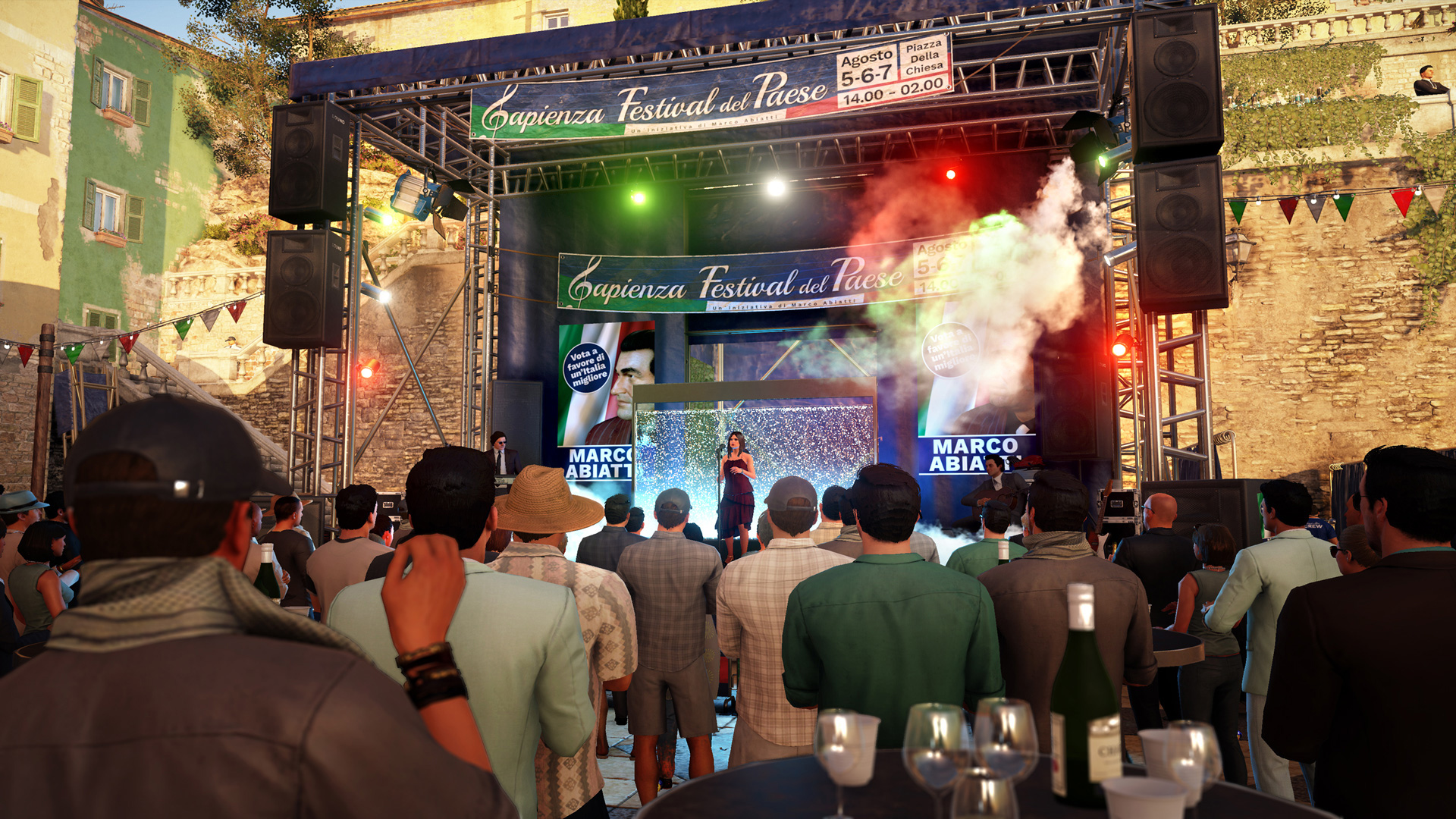 Pack your bags! We’re going back to Sapienza! In Landslide, the next bonus episode of Hitman, IO Interactive is altering the town’s scenery to make way for a concert near the harbor and a bustling marketplace in the main square. The target? “Marco Abbiati, a snake-tongued wealthy businessman-turned-politician who is returning to his hometown to run for mayor.” He sure sounds like the type.

Folks who own the “Complete First Season” or the “Upgrade Pack” will get this bonus episode at no extra cost. But if you’re anything like me, you still have tons of progress left to make in the game. Things to do, people to see, bodies to pile. I mean hell, I even have unfinished business in Paris!

Landslide will also be a part of the physical version of Hitman, which releases on January 31, 2017. Otherwise, you’ll be able to nab it on the same day in the Bonus Episode add-on (formerly referred to as the Summer Bonus Episode) which also includes The Icon and A House Built on Sand.